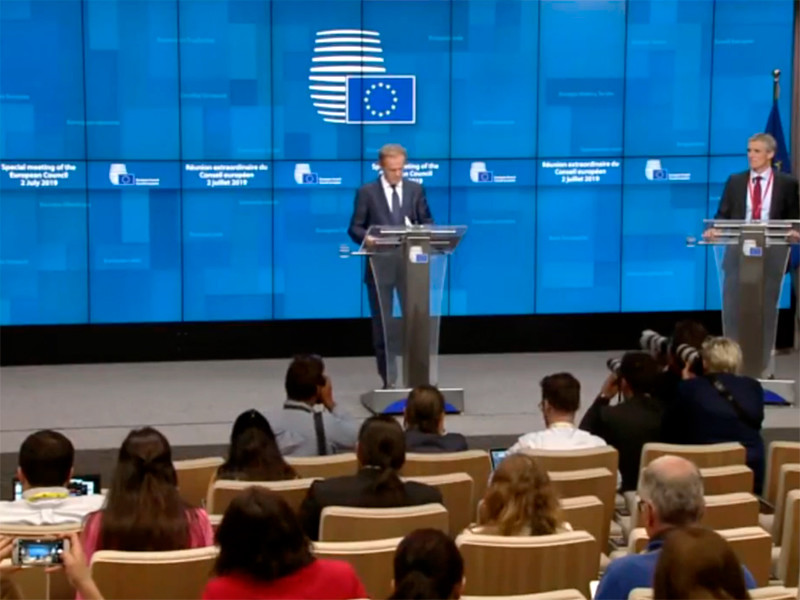 The leaders of 28 countries – members of EU at an emergency summit in Brussels agreed on the names of the candidates on key European positions, reports TASS. This was stated on Tuesday the head of the European Council Donald Tusk on the results of the three-day meeting.

“The European Council agreed on the future leadership of the EU institutions”, – he said.

While Christine Lagarde temporarily ceases to perform the duties of the managing Director of the International monetary Fund (IMF) in connection with the nomination of its candidate for the post of head of the ECB. “I am honored to be a candidate to head the ECB. In this regard, and after consultation with the ethics Committee of the Executive Board of the IMF, I decided to temporarily abandon his duties of managing Director of the IMF for the period of consideration of [my] candidacy,” Lagarde wrote on his Twitter page.

In his new post, she needs to change 1 of November this year, Italian Mario Draghi.

“I know Christine for many years, and I’m sure she will be very independent President of the European Central Bank”, – said Donald Tusk.

As reported TASS sources in the sidelines of the summit, Lagarde’s candidacy was put forward by the President of France Emmanuel macron. He enlisted the support of German Chancellor Angela Merkel, promising in turn to support the appointment of the Minister of defence of Germany Ursula von der Leyen to the post of head of the European Commission.

The Dutchman Frans Timmermans from the faction of socialists and Danish Margrethe Vestager from the faction of the liberal Democrats appointed by the Vice-presidents of the European Commission (EC). This was stated on Tuesday by German Chancellor Angela Merkel at the EU summit in Brussels.
“Our recommendation is that the Timmermans and Vestager should become Vice-presidents,” said the Chancellor.

Merkel said that the nomination of Ursula von der Leyen, who eventually advanced to the position of head of the EC, voted by almost all the participants of the summit. “Voted unanimously, except for me, I refrained, as it was agreed within the coalition”, – said the Chancellor of Germany.

The only candidate who is still unknown, is the new President of the European Parliament (EP). According to sources, EU leaders considered for this position candidate born in the Ukraine policy of the Bulgarian Sergei Stanishev, representing the European left-wing political forces in the EP. Thus, according to diplomats, a number of Eastern European countries have opposed Stanishev “because of its Russian past”, implying that what the politician allegedly received education in Russia and if he was even a citizen of the Russian Federation.

Confederate leaders recommended to give the presidency in the first 2.5 years of the socialist faction, and for the next 2.5 years – the Christian democratic European people’s party (EPP). “The decision on the names should take the European Parliament. However, we believe that the first term should move to the socialists, the second to the Christian Democrats. However, this issue should be decided by MEPs” – said Donald Tusk.

Elected in the European elections on June 23-26 the European Parliament of the new convocation began on 2 July, its first session. It was initially due on Tuesday to elect its new speaker, but due to problems at the EU summit in Brussels, the vote was postponed to Wednesday. Also the European Parliament will approve new candidates for leadership positions of the EU. The mandate of the current European officials on 31 October.

Parade named themselves: why trump has dug up a rusty Abrams

Wife found the missing husband in the social network