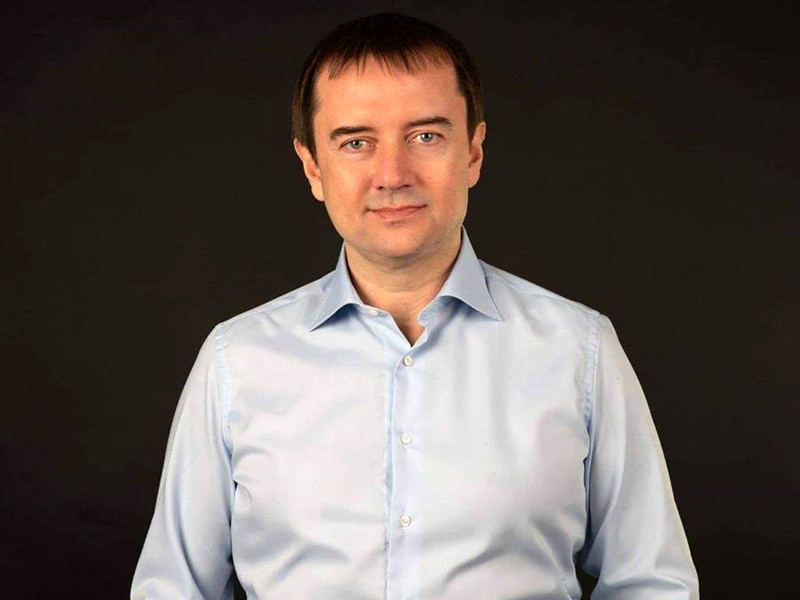 Known in Moldova businessman Dmitry Chebotarevsky spoke about the schemes of corrupt officials of the Democratic party was in power. It is quoted by “Interfax”.

According to him, an additional salary from the democratic party received hundreds of people from among the heads of government agencies, local authorities, law enforcement and the judicial system. According to Cebotarenco, these people received the so-called salary of purses, it was higher than the official salary.

The businessman said that the money for illegal payments “came to the party from energy resources, smuggling, drug trafficking, raids and theft of funds, business, monopoly, the deliberate bankruptcy of state enterprises, rigged tenders, blackmail of businessmen”.

This was created monopolies, exclusive conditions for the favorites, as an enterprise for the collection of scrap metal “Metalferos”, the national lottery, energy, automotive fuel. In addition, people from the PDM also used the bankruptcy of state enterprises and selling them for a meager amount of “interested” parties, only the party or related party, said the businessman.

“In addition, businessmen are blackmailed and shook to fill the state budget. They pressed all the structures that they paid tribute. Some were subjected to such strong pressure that reached the failure from the business, and the bravest could even be behind bars,” said Cebotarenco.

Earlier media reported that the money was distributed to the former Secretary-General of the democratic party, Constantin Botnari, who was particularly close to the leader of this party, Vladimir Plahotniuc. He always walked behind him carrying a man purse. For it in political circles of Moldova Botnari was called “coast-handy”. Over the weekend he resigned from the post of Secretary General Demarty, but unlike Plahotniuc returned to Moldova. He is also a member of Parliament.

In addition, their transactions, said the former speaker of the Parliament of Moldova and the former Vice-President of the Democratic party, Adrian CANDU. He confirmed that he bought the apartment of the leader of this party, Vladimir Plahotniuc, who, after the change of government has left the country. That plahotniuc began to sell the property, the previous day was reported by investigative journalists project anticoruptie.md.

According to the speaker, he rented this property for seven or eight years and pointed it in all the declarations. On the question of why he decided to buy an apartment right now, when plahotniuc left Moldova, Andrian CANDU said that only now managed to collect the required amount, including by selling his other apartment. According to him, the transaction price amounted to 4 million lei (200 thousand euros).

Аnticoruptie.md noticed that plahotniuc left Moldova on June 14 and June 21 in the cadastre were registered with the transaction for the sale of the whole property of the businessman in the street of the Bulgarian in the center of Chisinau. The subject of the transaction was the apartment with an area of 235 m and a few non-residential premises in an area of almost 200 meters in a luxury building. The new owner of this property became the candidate, the amount of the transaction amounted to 2.6 million lei (130 thousand euros). Thus, according to the estimates of realtors, the living space in this luxury home worth at least 1500 euros per square meter.

In early July, the national centre for the fight against corruption (CNA) in Moldova was arrested by the real estate companies Plahotniuc, including the hotel Nobil in Chisinau city centre, owned by the company Finpar Invest SRL. Also were arrested the building and assets of General Media Group that host the channels Prime, Publika, Canal 2 and Canal 3 and Publika FM radio station Muz FM.

Serious accusations against Vladimir Plahotniuc put forward before. On February 22, the Ministry of interior called him and the businessman Veaceslav Platon of the organizers of the “Moldovan schemes”, which were withdrawn from Russia more than 37 billion rubles. Plato in April 2017, was convicted by a Moldovan court for 18 years for the illegal withdrawal from Russia.

According to investigators, during the 2013-2014 members of criminal community “on false grounds and false documents” transferred from the accounts of legal entities controlled by them in OAO “Bank “Western” and JSC “Russian land Bank” funds to accounts at the Moldovan Bank Moldindconbank S. A. and other foreign organizations under the pretext of sale of currency. Funds received in rubles were written off from the correspondent accounts of Russian banks Moldindconbank false decisions of the courts of Moldova in favor of foreign physical and legal entities.

Plahotniuc in 2017, was arrested in absentia Basmanny court of Moscow under the petition of the Main investigation Department of the TFR. The Agency considers it involved in the organization of a failed assassination attempt on the Moldovan and Russian “authoritative” businessman Renato Usatyi.

On 25 June, the Minister of internal Affairs of Moldova Andrey Nestase declared that will appeal to the international investigating authorities for help in the investigation against Plahotniuc. Materials associated with fraud and criminal money laundering through Moldovan banks, will be requested in the FBI.

Furthermore, Plahotniuc in the homeland have accused of contraband of cigarettes from Moldova were sent to EU, China and other countries through airports and postal services.

Democratic party of Moldova, whose leader was plahotniuc, 2009 consisted of the country’s ruling Pro-European coalition. He plahotniuc long posts in the government did not occupy, however, the situation in the country changed, and in 2016 he became Chairman of the democratic party, which became the dominant force in Parliament and formed a government, periodically at the time of removing the Pro-Russian President, Igor Dodon from the power to make decisions that he criticized (e.g. limitation of broadcasting of Russian TV channels). In 2016 the democratic party has put forward Plahotniuc for the post of Prime Minister, but President Nicolae Timofti refused to ratify it after the mass demonstrations against the appointment.

However, in the parliamentary elections in February this year, the democratic party was unable to obtain a sufficient number of seats to form a government alone. The result is a three-month standoff and after exerted on politicians in the country pressure from Russia, the European Union and the United States, the democratic party agreed to abandon claim to power, and the government has formed a Pro-Russian Party of socialists of Moldova and the Pro-European bloc ACUM. In the end, plahotniuc left Moldova, and on June 24 he resigned as party Chairman.

"This is a provocation": the Prime Minister of Georgia assessed the attack on Putin