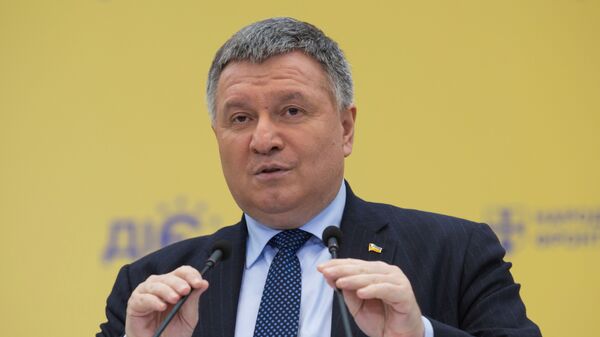 The Minister of internal Affairs of Ukraine Arsen Avakov said that the verdict of the fighter of the Ukrainian volunteer battalion Vitaly Marcelo, will be appealed.

Markiv possessing the citizenship of Ukraine and Italy, the Italian court sentenced to 24 years in prison for the murder of Italian reporter Andrea Rokkelli under Slavic in 2014. Together with Rochelle in a mortar attack in the village Andreevka under Slavonic killed his translator, Russian human rights activist Andrei Mironov.

“Twenty-four years for Marcia is an unjust and shameful decision of the Italian court. It will be appealed. Our guardsman and Ukraine is not guilty of the death of Rockelli,” – wrote in Friday Avakov in Twitter.

24 years for V.Markiv is an unfair and shameful decision of the Italian court. It’ll be appealed.Our guardsman and Ukraine aren’t guilty of the death of Rocchelli.He’s become the victim of an aggressive Russia which unleashed in Sloviansk a war on Donbass.We’ll continue fighting! pic.twitter.com/A9Yz4x5kg2

Marcia arrested in Italy on suspicion of involvement in the murder of Rochelle and Mironov in June 2017. The prosecution argues that the Markiv was part of a unit that stationed on the mountain Karachun, where he opened fire on positions at a distance of over a mile.

At the hearing in mid-may gave evidence of the acting commander of the National guard Mykola Balan. In 2014 he was one of the commanders in the headquarters operations of the Kyiv security forces under Slavonic. In court he said that heavy weapons fighters of the volunteer battalion Marcia was not. The representatives of the injured party in response showed the court a photo markeva the time of service in the Donbass, where he poses with a grenade launcher.

Among the lawyers the charges of material – photographs Marcia on the background of the flag with Nazi symbols, which he named in court with the trophy and photos from the frightened man, the head of which had a gun man, like the convict.

According to the prosecution, the shooting of the car in which there was Mironov, Rogean and Rochelle, were made deliberately. The first car opened fire from automatic weapons, and then a roadside ditch, into which they fled, was covered with mortar fire.

Markiv moved to Italy in 2002 at the age of 16 with his sister and mother, who two years later married an Italian. It gave Marcelo the right to obtain an Italian passport and have dual citizenship. In 2013, he went to Ukraine to participate in the events on the Maidan. After that, he joined the volunteer battalion of national guard of Ukraine and went to fight in Donbass, which operated under the Callsign “Italian.” Marcia arrested at the end of June 2017 at the airport of Bologna, when for the first time in three and a half years, he and his wife came to visit mother. In January during the regular session it became known that the Markiv was planning to escape from custody and was transferred to another prison.

"Before he uncorked the champagne": a Ukrainian MP about the participation of Russia in PACE

Putin urged to develop high technology and not "sniff" to them