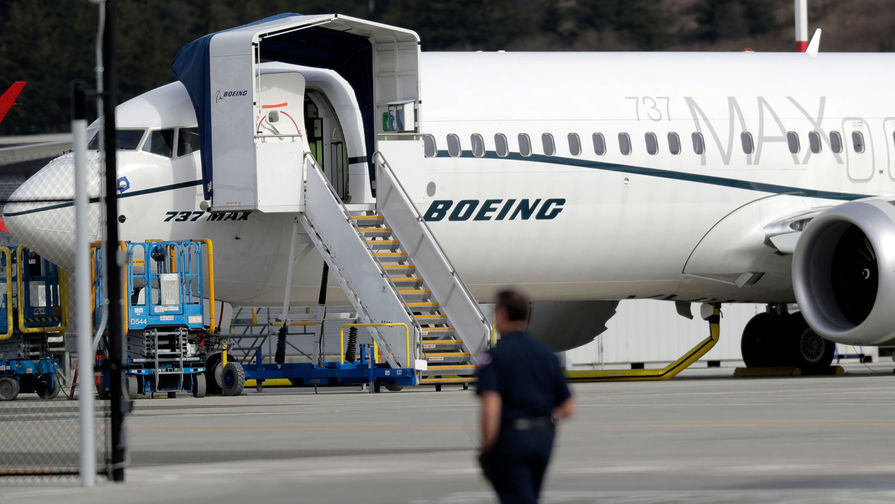 Boeing had concealed from airlines disabling important indicator influencing the safety; it can be activate only for the extra money. In the end the lack of this index led to the two disasters, the Boeing 737 MAX.

New details that shed light on two of the crash of the Boeing 737 MAX, which killed more than 350 people, allow us to make conclusions about how Boeing treated the issues of safety and tried to cash in on the airlines, disabling the aircraft vital functions.

So it became clear that the American airline Southwest Airlines, like other airlines, starting the operation of aircraft of the 737 MAX, were not even notified by the Boeing company that

necessary for flight safety indicators, which were equipped with aircraft of the previous family on a new liner was disabled.

It is reported by the Wall Street Journal, citing government sources and sources in the aviation industry. Moreover, this was not notified and inspectors of the Federal office of civil aviation, responsible for the condition of the fleet of the airline Southwest. We are talking about the indicator of misalignment of the sensors of angle of attack, which allows pilots during the flight time to determine what these two sensors are located on each side of the fuselage, give different readings.

As suggested by the participants of the investigation, the evidence of the failed sensors were put in place a system that is supposed to have destroyed the aircraft in Indonesia in October 2018 and in Ethiopia in March 2019.

In both the crashed aircraft, the indicator was absent —

Boeing decided to put them on a new family of aircraft only as additional options for extra money.

Thus, the carriers and especially the pilots didn’t even know about this system with the introduction of new aircraft into service in 2017, sources say. In the company of the Southwest and other airlines learned about it only after the crash of Lion Air in Indonesia.

“Private instructions of company Southwest was incorrect regarding the presence of indicators, — said the President of the pilots’ Association Southwest Airlines John Weekes. Since Boeing was not informed about the “innovation” of the carriers operating instructions carrying wrong information.”

That in Southwest Airlines learned about the non-functional indicator only after the disaster in Indonesia, reports Bloomberg.

System MCAS (Maneuvering Characteristics Augmentation System) fitted to all the aircraft of the Boeing 737 Max — about it world, and most pilots only found out after the crash of Boeing 737 Max 8 in Indonesia. The system is designed not to allow the plane to stall in a stall at outrageous angles of attack that may occur due to the more powerful and put forward before the wing engines of an aircraft.

It is established that both the disasters in Indonesia and Ethiopia — brought the trigger MCAS, which reads data not from two, but only one sensor the angle of attack.

As Japan Times reports, citing the WSJ, us regulators in 2018 considering the idea to suspend the flights of some Airliners 737 Max after he learned about the problems with the system that led to the disaster in Indonesia.

In the Boeing company said that all customers will now get planes with indicators of misalignment of the sensors of angle of attack as a standard feature at no additional charge.

“This innovation will in all planes of the MAX — in already produced and collected,” said the company.

As additional options at the request of the customer in the cockpit will be the indicator of angle of attack.

Meanwhile, European and American airlines estimated that the ban on the operation of Boeing 737 Max 8 have already cost them hundreds of millions of dollars, now the company is ready to achieve carrier compensation, writes Business Insider.

Because of the ban on aircraft of this model after two major airline accidents worldwide has canceled thousands of flights, the newspaper notes. For example, Southwest Airlines company, under which is the world’s largest fleet of liners 737 Max, said that in the first quarter lost $200 million.

In turn, American Airlines argues that the ban on flights would cost $350 million, reported by “bi-Bi-si”. The company canceled more than 15 thousand flights until August of this year. American Airlines have 24 aircraft of this model, from Southwest Airlines — 34, notes Business Insider. German airline TUI Airways pointed out that the ban on Boeing this model will cost around €3 million ($3.4 million) in the week, wrote the Financial Times. If the ban will last until September, the losses amount to €300 million ($335 million), warned the company in March.

The publication writes that after the scandal with the two disasters, the Boeing company also suffered reputational damage and financial losses in the amount of $1 billion.

Demonstration in Prague: citizens demanding the resignation of Prime Minister

"Good goals": people are satisfied with the new government in Ukraine