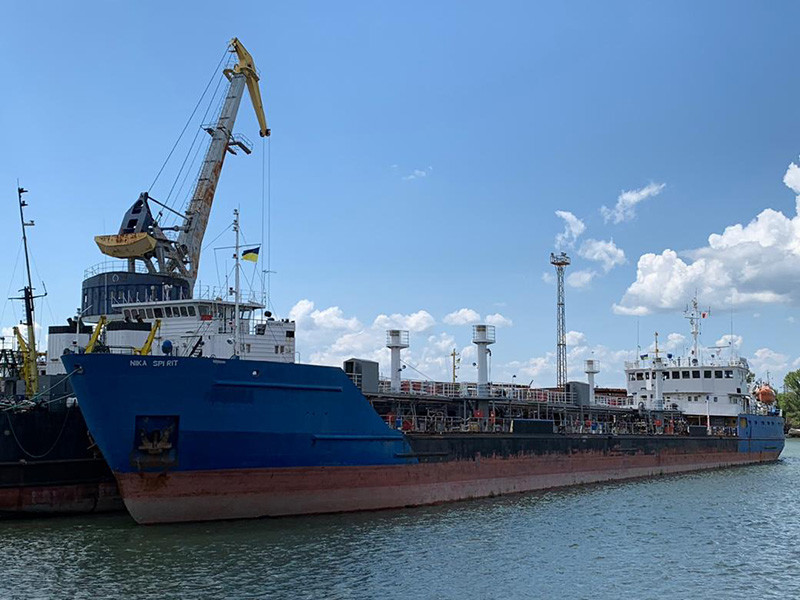 The members of the crew of the Russian tanker Neyma, who was detained in the port of Izmail of Odessa region, landed at Moscow’s Domodedovo airport on a flight from Chisinau, the correspondent of “Interfax”.

The ship’s captain Ilya Drobiazko on arrival to Moscow has declared that does not intend to give evidence to the Ukrainian court, because it is not a witness in “Kerch” case. “We did not break anything – neither Ukrainian nor Russian laws”, – he stressed.

According to him, before entering the port was completed single transition, and on the same day the ship docked at the shipyard in the port of Izmail. The next morning there came people who were presented by employees of military Prosecutor’s office of Odessa and started to carry out investigative activities. Prosecutors explained the rights and duties of crew members with regard to the Ukrainian legislation.

“Everything was peaceful, allowed to contact relatives”, – said Ruslan, stressing that the crew had not planned to interfere with the Ukrainian law enforcers, though, and felt that they had no right to Board without the representative of the Russian Consulate.

According to him, the command of the tanker works contract “to the ferry for the ship repair” and has no relation to the events of November 2018. At the moment, the sailors went home on a flight to Krasnodar.

The chief engineer of the Russian tanker Sergey Karpov also told RIA “news” that has risen on Board, the security forces behaved correctly and not rude, and did not use force against the crew. Karpov noted that they always spoke in Russian. “The Ukrainian language do not even hear it,” he added.

According to him, the SBU asked the standard questions, and after a conversation no one filed complaints. In addition, he noted that the movement of sailors have no limits. “At first the General for the joke took, and then looked all serious. Behave, no voltage was not”, – said Karpov.

On 25 July, the security Service of Ukraine (SBU) reported on the detention in the port of Izmail Russian tanker, previously known as Neyma and allegedly participated in the incident in the Kerch Strait in November 2018. After that, the Russian owners have changed the name of the tanker Nika in spirit.

After questioning the crew of the tanker were released, finding no violations of the law of the Sea and laws of Ukraine, the part of the crew. The ship remains in Ishmael, the SBU intends to apply for the arrest of the tanker.

Media: WhatsApp plans to abandon the peg to the phone

“The goal is to divert attention”: why trump has started a new war

The Spaniards will allow walking and playing sports in may