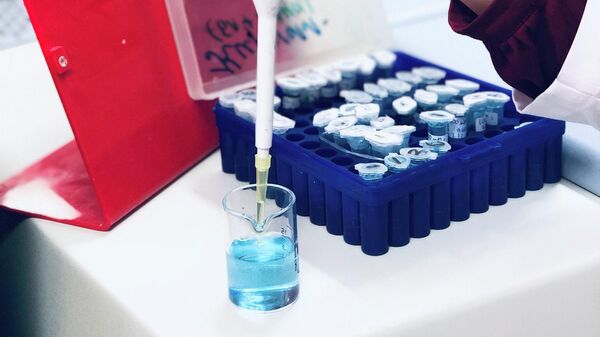 Russian scientists have created a technique that allows you to accurately determine the blood sugar level according to the chemical composition of sweat. This will save diabetics from the need to constantly “feed” the meter with his own blood, the scientists write in the journal Analytical Chemistry.

“Flow-through biosensor that continuously analyzes the sweat, responds to changes in blood sugar without delay, thus showing that we can noninvasively monitor the diabetes. The continuation of the work in this direction will undoubtedly lead to improving the quality of life of hundreds of millions of people,” said Arkady Karyakin, Moscow state University Professor.

According to who statistics, today there are about 340 million people suffering from diabetes. Most of them are forced to take two or even five or six injections of insulin per day in order to stabilize the level of sugar in the blood.

Despite its huge importance for the body, insulin is a dangerous hormone, because its overdose can be harmful to a diabetic or even kill him as a result of hypoglycemia, a sharp decline in the share of sugar in the blood. For this reason, patients constantly monitor blood sugar levels using a glucometer.

They are electronic devices that are evaluating the amount of carbohydrates in the blood due to the special test strips that change color or electrical conductivity when in contact with patient’s blood. Instruments are easy to use, but their application requires a constant blood sampling, which is not always possible or pleasant for diabetics.

In recent years, scientists are trying to find non-invasive alternatives to blood glucose meters, starting from the instruments, analyzing changes in the spectrum of human skin, and ending with such exotic “detectors” sugar as “medical” dogs are able to smell the glucose in the sweat of their owners. Despite all efforts, an effective and cheap alternative to glucometers do not yet exist.

Karyakin and his colleagues are developing a technique that will allow us to replace and dogs, and blood glucose meters. It is based on a similar idea — the chemical composition of human sweat varies considerably, if the proportion of sugar in his blood is rising or falling. These changes are far from obvious, but it is possible to isolate and use for accurate assessment of sugar level in the body of the diabetic.

Scientists created the device is a platinum electrode coated with the same corrupting glucose by the enzyme used in the test strips, and a set of different salts and polymers, “sealing” them inside of this design. 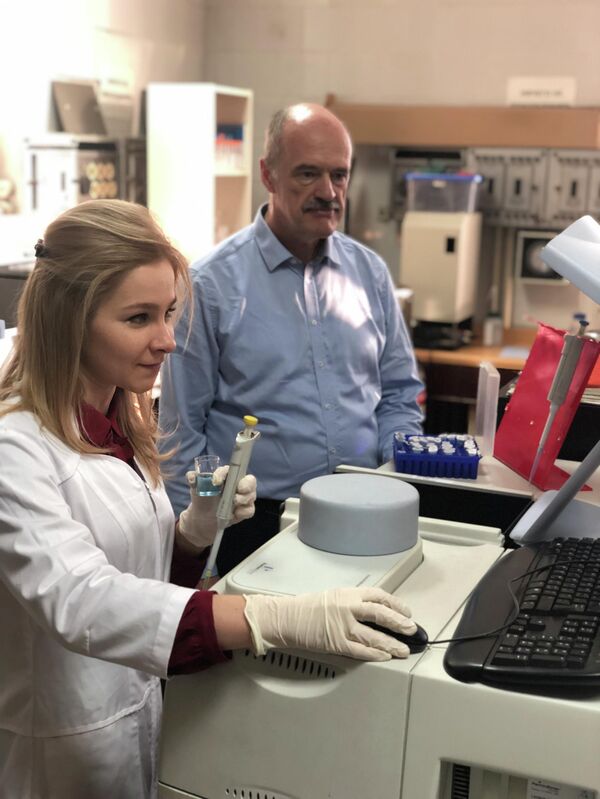 These connections form a kind of vicious chemical circle. If you attach the electrode to the patient’s skin, the enzyme will begin to interact with the glucose present in the sweat, and combining with oxygen. Sugar would decompose and turn into glycolate, and the oxidizer is the hydrogen peroxide.

And then other stuff will start to interact with the so-called Berlin blue, with a mixture of salts of iron, potassium and ferrocyanide acid, causing a backlash will occur — the peroxide decomposes to water and oxygen. All of these processes will affect the electrical properties of platinum that allows you to accurately measure the level of glucose in the body.

The system the researchers tested two dozen volunteers, not suffering from diabetes and other metabolic disorders. They asked them to take the standard sugar analysis using both classical methods of the measurement of its share in blood and prototype their inventions.

The experiments showed that the concentration of carbohydrates in blood and sweat were indeed associated with each other, which allows the use of such instruments for constant observation of the state of health of diabetics. As the researchers hope, in the near future they will be able to create a comfortable and secure sensor glucose on the basis of such electrodes, which significantly improve the quality of life of diabetics around the world.

Scientists have found the optimum formula for weight loss

On the eve of the SCO summit, Vladimir Putin will meet with Narendra modi