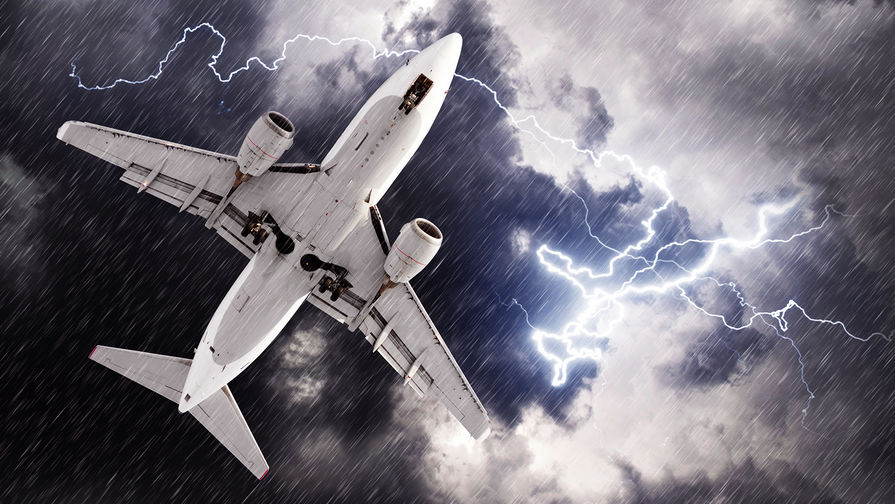 Lightning spurting out of a plane is not an extraordinary event in aviation. Where and how often beat lightning discharges and how pilots learned how to deal with them, says “Газета.Ru”.

Lightning, about which told the pilot burned in Sheremetyevo aircraft SSJ-100 is considered as the priority version of the accident. “In accordance with the main version at the altitude of about two kilometers, the crew issued a distress signal due to lightning and failure of radio communication and other electronics,” – said the source “Interfax”.

Lightning was the proximate cause of the development of emergency on Board, but why landing on the strip was done so crudely, the aircraft began to “porpoise” and in the end when one of the blows shattered landing gear with subsequent ignition of fuel, yet to be determined.

because in the modern civil aviation lightning is not a factor that leads to such serious consequences.

How often do the lightning get into the planes?

Only relatively recently, when information on aviation incidents, it became easy to collect and organize, the first quantitative assessment of this phenomenon. Thus, according to the French aerospace research center, the average passenger liner is subjected to a lightning strike once per thousand hours of flight

for commercial aircraft is the equivalent of one lightning strike per year.

The same estimate gives the Federal office of civil aviation USA. Statistically, lightning strikes to aircraft occur at moderate altitudes from 2.5 to 5 kilometers more often than earth or on the train. Another important factor is the presence of the aircraft inside the storm clouds and the presence of rain.

Often believe that the aircraft is exposed to lightning strike if it is “in the wrong place at the wrong time”. However, studies show that such cases account for only 10% of the incidents – 90% of lightning strikes provoke the planes flying in the area where piling up high charges – a fact that was not known until the 80-ies of XX century.

In the classification of accidents lightning strike are usually related to aircraft incidents.

Usually lightning strikes the protruding parts of the aircraft, e.g. the wing tips and nose. In these places you can find a small reflow structures. Lightning electric current runs through the metal skin of the aircraft, until another point, for example from the tail. In the words of pilot Patrick Smith, author of “this is your captain speaking”, lightning hit the aircraft more often than we might think. Just, as a rule, for the passengers and crew members it goes unnoticed. 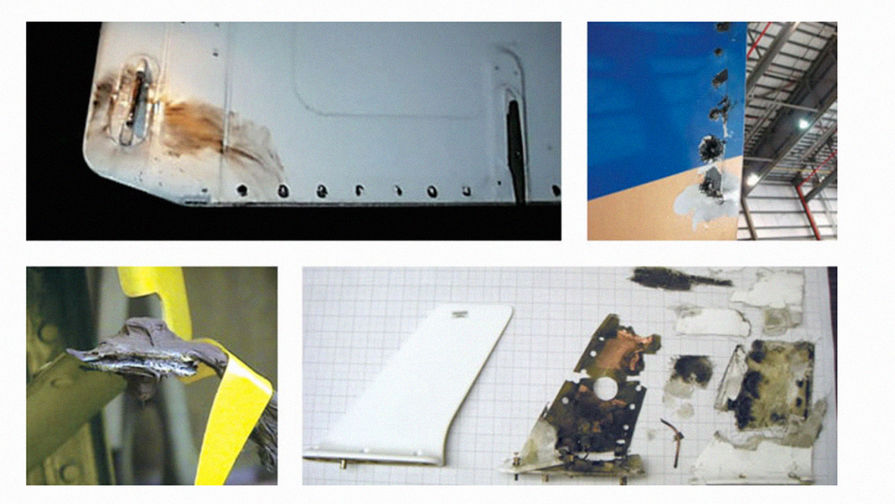 “Occasionally the aircraft can detect external damage to the surface point of entry and exit zipper or serious damage to electrical systems. Although lightning usually leaves no traces,” said the pilot.

“The electrical discharge is not the most dangerous factor for the safety of passengers and crew. Modern aircraft have sufficient lightning protection”, — explained earlier “Газете.Ru” Valery Makarov, a senior researcher at the state center “Security of flights on air transport”.

Modern passenger liners are equipped with special means of protection from lightning strikes. According to Professor Mom Haddad from Cardiff University, studying the effects of lightning on aircraft structure, many modern aircraft in addition to composite materials in their construction are copper shielding mesh — by them, for instance, has planes of families Boeing 787 and Airbus A350.

These copper layers act as a so-called Faraday cage, which protects against electric currents all that is within it.

Measures to protect modern ships from lightning strikes – not a cheap pleasure. According to recent research, the global market for these services in 2017 was estimated at $4 billion With an annual growth of 7.5 per cent by 2026, this market is estimated at $7.9 billion Experts link this growth with the introduction of composite materials in aviation and the growth of the world civil fleet.

In the history of the aircraft serious incident related to the strike of lightning, can be counted on the fingers. Most likely, the first documented air crash due to a lightning strike occurred on 3 September 1915

when the German airship LZ-40 in flight, the airship was struck by lightning, ignited and burned.

And September 3, 1929 went down in history as the day of the death from lightning of the first apparatus heavier than air American transcontinental airplane Ford Tri-Motor. Then the crash killed eight people aboard.

The most serious disaster due to lightning happened in 1963, when a lightning strike in the air blew up the Boeing 707 the now-defunct airline Pan American.

Then, at the end of the investigation the American civil aviation authority ordered to equip all civil court special arresters, removing static electricity. After the disaster, the engineers first thought of how to reduce the probability of explosion of fuel in the tanks. The decision was made to fill vacated as generating fuel tanks with inert gas that prevents the ignition of fuel vapor.

Ashamed of the capital: Ukrainian political scientist has compared Kiev and Moscow