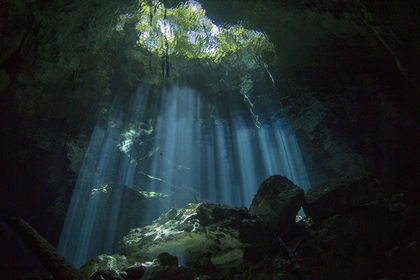 Located at a depth of 410-660 kilometers beneath the Earth’s surface huge reserves of water contained in the crystal structure of minerals, appeared about 3.3 billion years ago as a result of subduction (dip of one lithospheric plate under another). A study of scientists from France, Russia, Germany, South Africa and the USA published in the journal Nature.

The most likely origin of water resources experts have determined, having examined the content of hydrogen isotopes in samples of komatiite. It turned out that the content of deuterium (hydrogen with two nucleons, the proton and neutron in the nucleus) to protium (hydrogen with one nucleon and a proton in the nucleus) in komatiite similar to the structure of the oceanic crust.

The work of the Geochemistry of Russia, France and Germany, where it was reported about the discovery under the Earth’s surface “ocean” Archean period (age 2.7 billion years), the volume of which exceeds the size of the oceans, appeared in the journal Nature in March 2016. A huge “pond” is located under the earth crust and formed under high pressure and temperature (1530 ° C) and the water enclosed in the crystal structure of minerals.