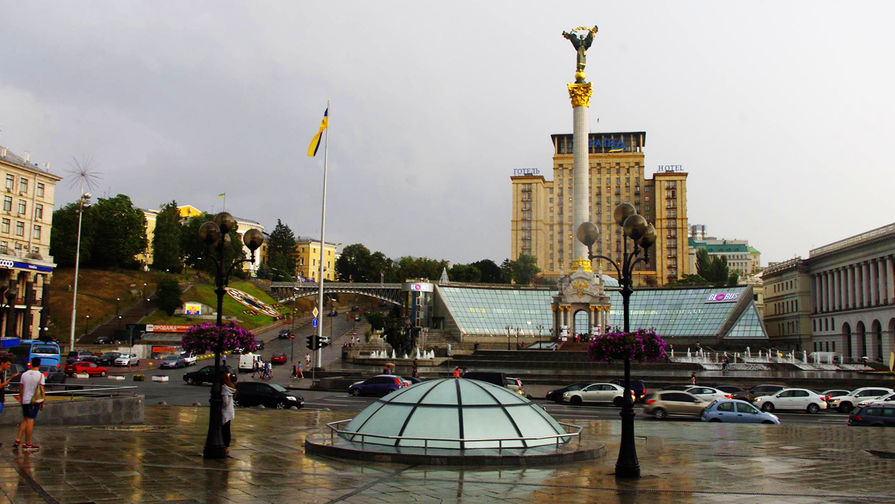 Former Prime Minister Yuriy Yekhanurov warned Kyiv about the risk of “badly” because of weak economy. According to him, the authorities early to play “grown-up”. He also lamented the plight of the country. Ukraine is in the list of the poorest States of Eastern Europe, Kiev is forced to carry out unpopular reforms for the sake of obtaining loans from the International monetary Fund.

Former Prime Minister Yuriy Yekhanurov, who held the post in 2005-2006, said that the Kiev authorities can “play” trying to do impossible things for the poor economy.

“It’s trouble, we’ll come the moment. They [other countries], for example, China’s economy has long been ahead, and we have not yet passed the initial stages, we had to gain momentum, and we start these adult games to play, and all these bogus remedies that revolve to and fro, bring full real dollars and Euro in the West, and we lose”

Yekhanurov said on the air “112 Ukraine”.

In his opinion, the Ukrainian government needs to reflect on how the country could return to the real economy and create jobs.

The negative side of the Ukrainian economy is that the income from exports from the sale of raw materials remain offshore, said Yekhanurov. He also added that the country’s budget receives significant funds from Ukrainians working abroad.

Yekhanurov’s warning came at the background of the introduction by Ukraine of special duties on the import of most Russian goods.

In particular, the list of restrictions got diesel fuel and reduced natural gas. This decision in Kiev called a response to the Russian sanctions.

According to the Prime Minister of Ukraine Vladimir Groisman, the special duty would be to replenish the country’s budget of $77 million per year.

“The testing will make Ukraine stronger, as much as we may find it difficult. We will play a key role on world markets, which are civilized and promising for Ukraine,” — said Groisman.

He also added that the restrictions will apply to goods that are made in Ukraine.

Despite the statements of Kiev that the restrictions will not adversely affect the country’s economy, in may the world Bank included Ukraine in the list of the poorest States in Eastern Europe, in terms of GDP per capita.

At the same time Ukraine will require about 50 years to catch up on the level of welfare in neighboring European countries. Currently, the GDP growth rates in the country remain too low.

One of the causes of the crisis in Ukraine are pending reforms, which the country is heavily dependent on exports and is not popular with foreign investors. A similar situation prevailed in the country after the coup of 2014. Then the authorities headed by Poroshenko announced the policy of the European Union and NATO.

However, implementation of such a plan the need for Ukraine to meet EU criteria. Therefore, Kiev has started to conduct and promote reforms to meet not the needs of the population, but were the demands of Brussels. The situation has worsened due to the cooperation of Ukrainian authorities with the International monetary Fund (IMF).

Program credit cooperation with the IMF is designed to pay $3.9 billion in 14 months. Under the terms, Ukraine is obliged to raise gas prices for the population, reduce the cost budget and to adopt a series of anti-corruption bills.

At the same time, this cooperation has led to growth of debts of the country. At the end of March the amount of the gross external debt of Ukraine exceeded $114.7 bn in the current year, Kiev must pay about $15.7 billion on external debt.

This situation has led to discussion of possibility of default in Ukraine. According to the oligarch Igor Kolomoisky, the decision will allow Kiev to pay the debt to the IMF.

“We need to treat our lenders as well as Greece. In 2015, Athens was faced with creditors and became the first developed country that has not paid the IMF loan. How many times was the default in Argentina? And they restructured everything. All right,” said Kolomoisky.

He also added that the people of Ukraine want to take a break from the reforms that are required to carry the international monetary Fund.

According to media reports, Zelensky does not exclude the announcement of default in the country, but the President of Ukraine denied this information. “With regard to the default is a rumor. These thoughtful actions, which have nothing to do with my official position,” said Zelensky.