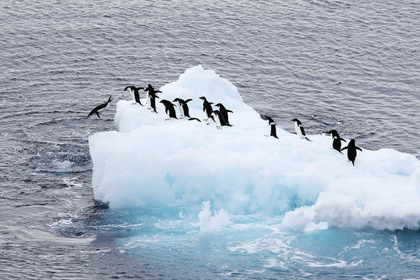 Scientists of the Potsdam Institute of climate change (Germany) found out that to save the ice sheet in West Antarctica from complete collapse is possible with a few trillion tons of artificial snow. It is projected that the destruction of the shield will lead to a rise in sea level by three meters with the flooding of new York, Shanghai, Tokyo. This publication reports Science Alert.

According to the researchers, at the moment, the mankind is very close to the point of no return. At the moment to protect the ice cover will need a minimum of 7.4 trillion tons of artificial snow, which has to be sprayed within 10 years. The snow will get thicker, holding the glacier to the underlying rock and making it thicker. However, it is very difficult technically, and care should be taken not to cause the environment more harm.

In addition, to ensure the operation of the snow generators placed on the glaciers, you will need about 12 thousand wind turbines. According to the researchers, this would have a devastating impact on ecosystems. Therefore, the best solution would be to reduce greenhouse gas emissions, contributing to global warming.

In 2018, it was reported that an international group of scientists from Austria, France, great Britain, Germany and Switzerland came to the conclusion that the melting of permafrost and associated carbon emissions reduce emission of carbon dioxide budget to almost zero. As a result, the exceedance of the allowable emissions of greenhouse gases, which can lead to climate disaster is inevitable.