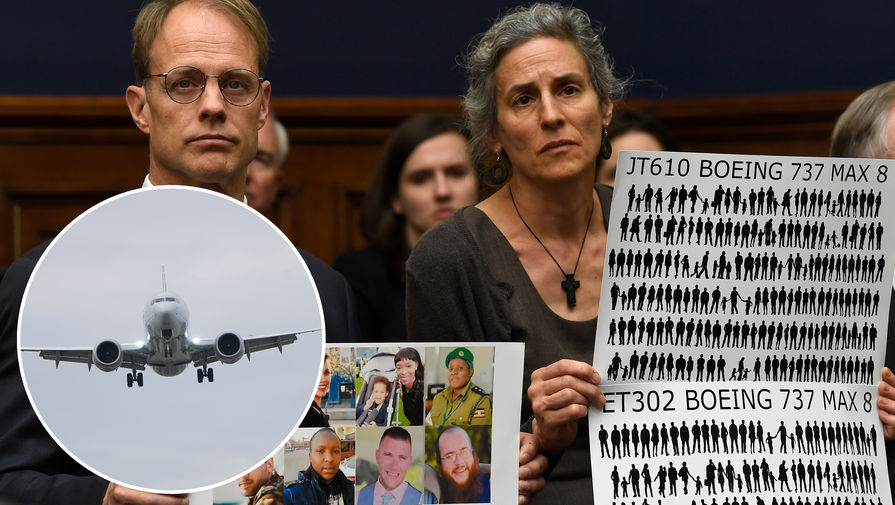 The pilots demanded from Boeing to respond to mortal danger aircraft MAX after the first disaster, but the manufacturer only calmed them. In the United States surfaced the scandalous record of the meeting of angry pilots and Boeing representatives.

Less than a month after the first Boeing 737 Max 8 Boeing airline ignored the requirement to explain the strange behavior of the aircraft from one of the most interested and competent parties of the pilots.

That a month after the crash of the Indonesian company Lion Air hosted a meeting between the representatives of Boeing and troubled by the flight crews of American Airlines, reported by CBS and the New York Times, which was an audio recording made at that meeting. At this writing, heard emotional exchanges between pilots with representatives of Boeing, during which Union representatives demanded to explain what’s going on with the aircraft.

“We finally deserve to know what’s going on with our aircraft”, — is heard the voice of one of the pilots.

“I’m not arguing,” replied the representative of Boeing.

The meeting was held at the time, she was held behind closed doors in Fort worth, where the office of the trade Union of pilots of American Airlines. She was held in November 2018, less than four weeks after the crash of flight 610, which killed 189 people. Shortly after the crash, the investigation established that the cause of the accident was the action of the MCAS system, which intervenes in the control plane and does not allow the liner too much perk.

Those present at that meeting Mike Sinnet, Vice President, Boeing acknowledged that the manufacturer is evaluating possible flaws in the aircraft, including a new system against stall. However, he opposed the adoption of drastic measures, saying that while the relationship between MCAS and catastrophe.

“No one has established that the sole cause of the incident was this function on the plane,” said Sinnet at the meeting.

At the meeting, the aircraft commander was angry from the fact that the presence of this system in the firmware controls aircraft manufacturer announced only after the first disaster. So, Michael Michaelis, the pilot of American Airlines demanded Boeing to push the civil aviation authority of the United States and published the airworthiness Directive.

“These guys didn’t even know what the damn system is on the plane and nobody knew,” said Michael Michaelis.

The FAA had already issued a Directive requiring airlines to make manual rules of work with MCAS. However, Michaelis demanded a new Directive requiring Boeing to modify the algorithms — this was done only after the second similar accident in Ethiopia.

In response, Sennet talked about what he and Boeing in recent months that was more like admonitions. “You should understand that our commitment to safety is not less than yours — say, Sinnet. The worst that could happen – a disaster like this. And the worst would be another. We don’t want to rush and do a crappy job correcting the right things, and don’t want to leave the wrong things. With regard to the software, critical for flight, I don’t think you would like haste.”

Anger about the flush system MCAS, which was not mentioned in the manual, the meeting was expressed by pilot Todd Wissing. “Perhaps I should have first of all to explain the things that can kill us”, he said.

In response, Sinnet with a test pilot Boeing Craig Bombenon said that the pilots did not have, because they know how to act in such scenarios.

However, the most significant was the response of the representatives of Boeing in the end of the meeting, when the representative of the pilots Dennis Thayer asked about how confident are in the company plane at the time, to make any changes to the software.

At Boeing declined to comment surfaced audio recording of the meeting. “We are focused on working with the pilots, airlines, and global regulators for the certification of changes to aircraft MAX and providing additional training and knowledge for the safe return of the aircraft to fly,” said the company.

At the present time, Boeing has reduced the production of these aircraft, focusing on the correction algorithms in software, which led to tragic consequences. The company has yet to convince the world’s airlines in safety of this family of new aircraft. However, much harder to convince them of the reliability of the passengers.

A study conducted by Barclays Investment Bank, suggests that passengers will avoid flying on compromised aircraft, even after regulators return them to the sky.

In the study, which was attended by 1765 people from Europe and North America, flying airplanes at least once a year

44% of respondents said that they refuse to fly on MAX for at least a year.

However, 39% are willing to trust these planes a few months after their return to the sky. And only 20% of respondents said that they are ready to fly them immediately after the resumption of flights.

The day before, speaking in the transport Committee of the house of representatives of Congress, the head of the FAA Daniel Elwell assured that his Ministry will not give permission to fly the MAX, until you are sure it is safe, it does not give dates. He defended the FAA’s decision to land the aircraft only after it has made the whole world, saying that at that time there was no reason for such a decision.

The RD-180 engine upgrade for use in reusable rockets