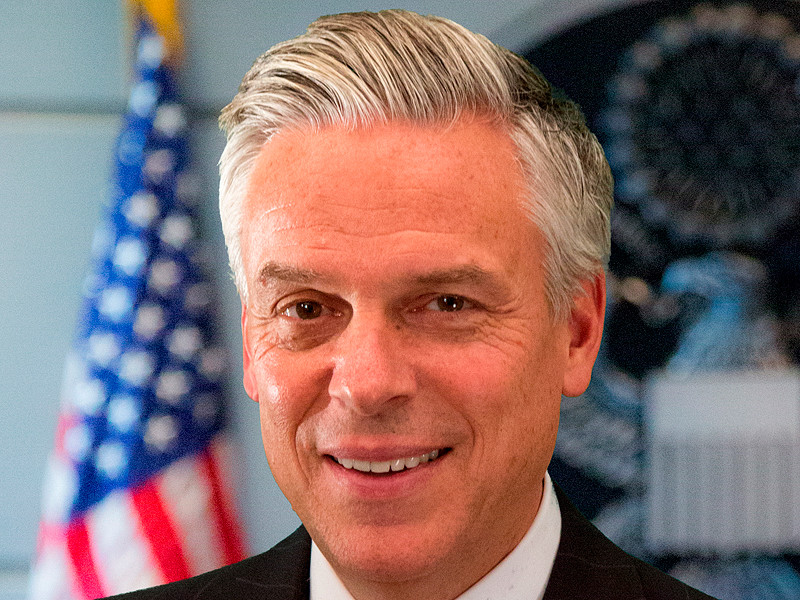 The United States Ambassador to Russia John huntsman filed a us President Donald Trump his resignation. The diplomat will leave his post on 3 October, the newspaper the Salt Lake Tribune.

The newspaper published a petition Huntsman, the document is dated 5 Aug. The diplomat noted that he was appointed U.S. Ambassador to the Russian Federation in “historically difficult period of bilateral relations.” “In the future we should urge Russia to answer when her actions threaten us or our allies – he believes. – Although many of our differences are irreconcilable, there are General interests which we cannot ignore.”

According to Huntsman, in building relations between the two countries “does not help any restart or a new beginning” as needed “only a clear understanding of our interests and values and a practical framework to continue the dialogue”, reports TASS.

He stated that American diplomats working in the Russian Federation “on the stabilization of the situation in the hope to improve relations” after “many years of hostility and uncertainty.” According to Huntsman, “it is vital” to the United States and Russia “increased international exchanges and left opportunities for dialogue on issues of importance from the point of view of national interests”. Among them he called the fight against terrorism and ensuring arms control. The huntsman also expressed the hope that the United States urged “Russia to respect the sovereignty of neighboring States.”

The publication notes that the huntsman in October will return to his home state of Utah and probably will run for Governor. The diplomat expressed hope that by October 3 will be selected and approved a new US Ambassador in Moscow.

The Salt Lake Tribune, the leading newspaper of Utah. The owner of the newspaper is the brother of Jon Huntsman Paul huntsman.

In may 2011, he announced his intention to fight for the nomination of the presidential candidate of the Republican party in US elections. However, in January 2012, huntsman has announced the release of struggle and officially endorsed MITT Romney, who eventually lost the election to Democrat Barack Obama. During the election campaign in 2012, huntsman criticized the policy of reset in relations between Washington and Moscow, Obama proposed.

Syria went on the attack on "pawns of Turkey"

“The decline of the epidemic”: France is out of quarantine

In Italy, some businesses will resume work on may 4, school will be closed until September