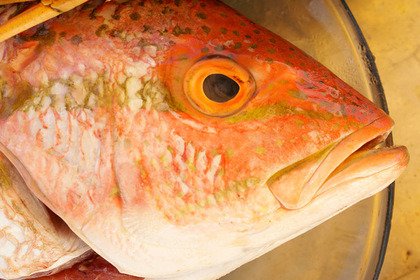 Three servings of fish per week significantly reduces the risk of developing bowel cancer, concluded the experts of the International Agency for research on cancer. This publication reports The Telegraph.

In the study, which lasted 15 years, took part 476 160 Europeans. It turned out that those people who ate fish, 12 percent less likely to suffer from a malignant tumor of the intestine, which is the fourth most common cancer in the UK and one of the most dangerous types of cancer around the world.

However, the risk decreased as fatty and lean fish and shellfish consumption had no effect. According to one hypothesis, this effect is due to the presence of specific fatty acids, like omega-3, found almost exclusively in fish and anti-inflammatory effect.

It is known that eating fish such as mackerel, salmon and herring, reduces the risk of cardiovascular diseases and protects against age-related degeneration of the Central nervous system due to the properties of omega-3 unsaturated fatty acids.