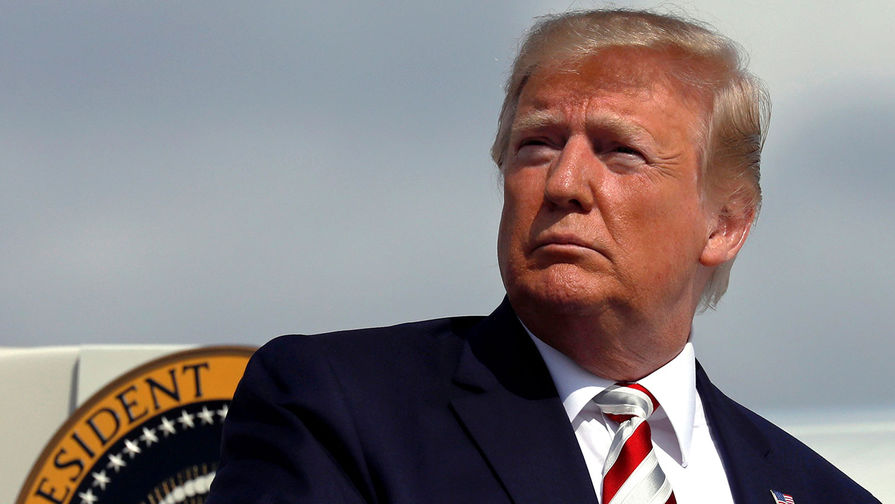 “Excuse me, are you talking about?” — so, us President, Donald trump responded to a journalist’s question about the possibility of inviting President Vladimir Zelensky in the White house. When a journalist reminded the Trump occupies the position Zelensky, the American leader said that his visit to Washington should be held “very soon”.

The head of the White house Donald trump knows the President of Ukraine Volodymyr Zelensky – this became known from the dialogue of the journalist of one of the media, the American leader asked the question about when he invited his Ukrainian counterpart in Washington.

“Excuse me, are you talking about?” — asked in response to trump.

When a journalist reminded Trump that Zelensky is the President of Ukraine, the American leader has suggested that his visit to the White house to be held “very soon”. The US President added that looking forward to meeting with Zelensky, and called it a “reasonable guy,” reports FAN.

Two months ago, trump called the moon a part of Mars.

“…NASA needs to focus on larger things, for example, on Mars (part of which is the Moon),” wrote trump on his Twitter feed, which caused a mixed reaction from his followers.

One of the users in response proposed to build around Mars the fence and “make it great again”.

In March of this year the White house hosted a meeting of the Advisory Council on personnel policy, which called for Apple CEO Tim cook during the event, he told the authorities about the educational initiatives of the company.

Apple’s plans were to the taste to Donald Trump, who praised the Director-General.

“We will increase our workforce because we have to do it. Many new companies appear. People like Tim, constantly moving forward and doing the things that I would like to do it right from the start. I said, “Tim, you should start doing it here”, and you just did it.

Do you invest a lot in our country. We really appreciate it, Tim Apple”,

— said the head of the White house.

Everyone present had the impression that the American President had forgotten exactly how name is Tim cook or he really believes that his real name sounds like “Apple”. However, for these purposes, the table next to the head of Apple was a sign-a hint that trump ignored.

At the end of last year at the premiere of “Power” actor Christian bale, who played the tape of former Vice President dick Cheney, told journalists portal Variety your story of meeting with Donald trump. It happened back in 2011 during the filming of blockbuster “the Dark knight: the legend”.

“We were filming “Batman” in “trump tower,” and he invited us to his office. I think he mistook me for Bruce Wayne — told bale. Because I was dressed as Bruce Wayne and he talked to me like I’m Bruce Wayne. So I just played along. It was pretty funny. I could not think that he will participate in presidential race”.

Earlier, trump also got into a ridiculous situation – or rather, again he created it. During a visit to children’s hospital in Ohio, the US President could not properly paint the American flag.

The picture the President paints the flag, published in his Twitter Minister of health and social services Alex Azar, who visited the hospital along with trump and his wife Melania. Twitter users drew attention to the mistake and made fun of trump.

the President of the United States could confuse the American flag with the Russian, alluding to a “conspiracy” trump of Russia,

many have noticed that the pictures of tramp looks at a coloring book sitting next to the girls and suggested that he is trying to “copy” the flag from her.

In the spring of 2018, the US President called the CEO of the military-industrial Corporation Lockheed Martin “Marilyn Lockheed”, although actually her name is Marilyn Hewson.

In 2017, in his speech before the leaders of African countries at the UN General Assembly, trump mentioned the country “Nambia” — he might have had in mind the Gambia or Namibia, but the country called Namibia in reality does not exist.

“In Guinea and Nigeria you fought with terrifying Ebola outbreak. Health system Nambii becoming more self-sufficient,” said the US President, commenting on the improvement of the health situation in African countries.

Previously, trump said that Washington sold to Norway’s fighter jets, which exist only in the computer game Call of Duty.

The us leader apparently got confused in the figures: he combined the name of an existing fighter and the number 52 is the total number of fighters, delivered to Norway.