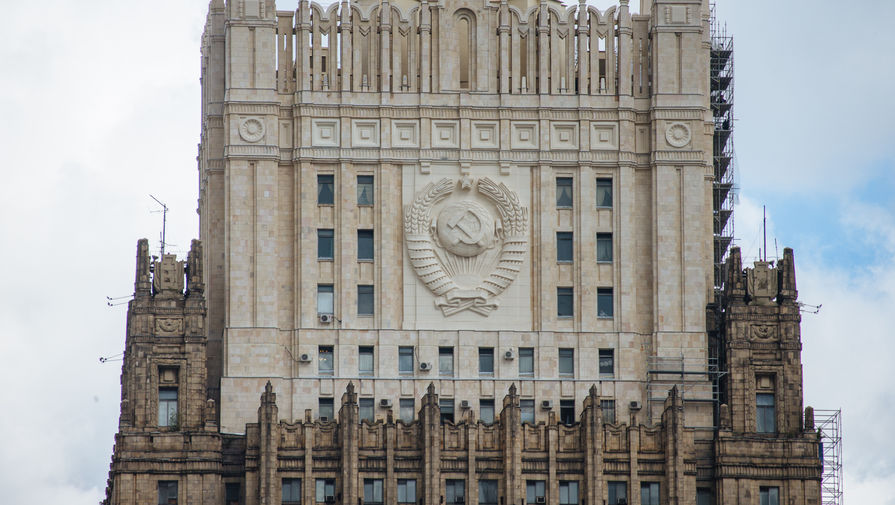 The Ukrainian security service has determined that an employee of the Russian Consulate General was allegedly a spy. In Department believe that a resident of the city passed a briefcase with important information about the APU, law enforcement, and political figures. In the end, the representative of Russia expelled from the country, and Ukrainians, suspected of treason, was detained.

The security service of Ukraine (SBU) has announced the employee of the Russian Consulate General in Lviv persona non grata. In the message of the SBU said that the diplomat had already left the country, reports “Interfax”.

The reason the Department indicated that the Russian representative allegedly received information from a local resident, was “the head of one of public organizations” Ukraine. This man was, according to the SBU, Russian special services recruited five years ago.

“On the instructions of curators he collected intelligence information about political and public figures, units of the armed forces (armed forces) of Ukraine, special and law enforcement, foreign military trainers in the Western region of the country”, — reads the statement of service.

According to security officials, Ukrainian transmit all the collected information “to the Russian spy who worked under diplomatic cover of the Consulate General of the Russian Federation”.

The name of the suspect is not known, but the SBU said that he is a war pensioner. The man was detained and brought against him a criminal case under part 1 of article 111 (“high treason”) criminal code of Ukraine, materials are directed to court. If its fault will be proved that Ukrainians could face up to 15 years of imprisonment.

One of the most notorious cases in this article is the prosecution of the head of the RIA “Novosti Ukraina” Kirill Vyshinsky the treason and the support of the self-proclaimed Donetsk and Lugansk national republics (DND and LNR). A journalist for more than a year behind bars and recently Kiev, the court extended his arrest until 19 September.

His lawyer Andrew Domanski disagreed with the decision and filed an appeal. However, the Kyiv court of appeals postponed the consideration of this document on August 20.

“Other lawyers participating in the case, failed to arrive on time for this hearing, as they take part in another criminal case… So the motion has been filed with account [of interest] our client Kirill Vyshinsky him to have at least two defenders to ensure the right to protection”, — explained the postponement of the appeal on Rodriguez.

In July it continued a hearing on the case of the journalist. The court refused to change the measure of restraint from detention on personal guarantee and extended the detention of a journalist to mid-September. The next hearing in the case of Vyshinsky is scheduled for September 16.

The head of the portal was detained in Kiev on may 15, 2018. He was charged with treason and support of the breakaway republics of Donbass.

According to Vyshinsky, he was arrested due to material that, according to SBU, “was published in the interests of Russia and its representatives to provide them with assistance in conducting subversive activities against Ukraine, namely impeding the receipt of the autocephaly of the Ukrainian local Church”.

This reporter is confident that his detention was unlawful, and the charges he called false and manipulative, noting that during his work on the portal RIA “Novosti Ukraina” SBU it has not had any complaints and questions.

With him for a long time had not allowed consular officials, pointing out that he is a citizen of Ukraine, although Wyszynski dual citizenship — he is also a citizen of Russia.

During one of the trial the journalist has appealed to Russian leader Vladimir Putin, saying he will abandon the Ukrainian citizenship, reports RIA “Novosti”. While Putin considers this situation to be unprecedented. The President is also confident that the journalist was arrested for his professional activities. At the same time, the Russian foreign Ministry has repeatedly sent to Kiev a note of protest with the requirement to stop violence against members of the press.

The OSCE have repeatedly called for the journalist’s release. So, on July 19, when the court ruled to extend the arrest for another two months, the OSCE representative on freedom of the media, Harlem Desir called for the release of Wyszynski.

“It’s terrible that today another two months extended pre-trial detention in Ukraine journalist Kirill Vyshinsky. I repeat my call on the authorities to release him,” he wrote on Twitter.

Zelensky instructed to dismiss Klitschko as mayor of Kiev