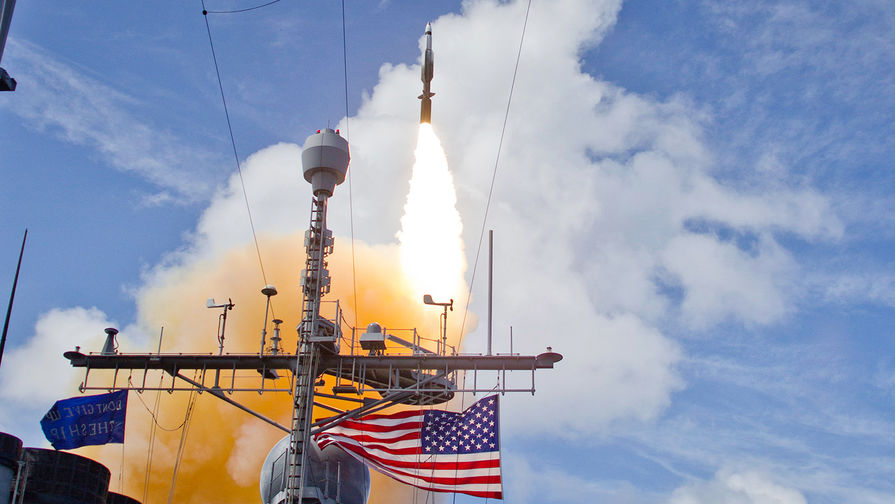 The United States found a formal reason to withdraw from the Treaty on Strategic offensive arms is a test of a new Russian hypersonic missiles, which in this case does not fall under the scope of the agreement. Clear position on the start-3 in Washington yet, but previously Advisor to the President of Donald trump, John Bolton declared that, most likely, the contract would not be renewed. At the same time, many representatives of the US elite, including the military, in favour of maintaining the agreement, as it gives the ability to control the actions of Russia.

A senior White house official said that the development of Russia hypersonic cruise missile calls into question the possibility of extending the Treaty on the limitation of strategic offensive arms (SNV-3).

As the official said, quoted by Reuters, the actions of the Russian side on development of new missiles raise doubts about whether to extend the start-3 for the next five years. He noted that in the US administration believe that the cause of the explosion at a military site near Severodvinsk in the Arkhangelsk region was the testing of new missiles. The source has no information about the reasons caused the incident, and whether a nuclear explosion.

We are talking about the incident, which took place on 8 August. According to the Ministry of defence of the Russian Federation, the detonation and the fire took place in the test liquid rocket propulsion. In the United States believe that the incident was connected with Russian Intercontinental cruise missile 9М730 “Petrel”, which can reach any corner of the Earth, and in several recent reports, the Pentagon mentioned as a new potential threat.

The American side is not the first time refers to her concern with this type of missiles. Speaking at a hearing in the U.S. Senate in February 2019, the commander of the Strategic command of the USA General John Khayten noted that the Intercontinental missile “the Petrel” does not violate the start Treaty. However, he believes that Russia is testing a new missile that uses loopholes in the contract.

The text of the Treaty States that if one party sees that the other is developing a sample strategic weapons, it should insist on the convening of the joint Commission, the General notes.

“I didn’t see that this happened. But we saw how they created power that are out of this Treaty, and it bothers me,” he says.

After the US withdrawal from the Treaty on the elimination of intermediate and shorter-range missiles (INF Treaty), start-3 is the last agreement, restraining the arms race.

In accordance with the agreement, the parties undertook to reduce their strategic offensive arms so that seven years after entry into force and later their total number does not exceed: for deployed Intercontinental ballistic missiles (ICBMs), ballistic missiles of submarines and heavy bombers to 700 units for warheads on them — 1,550, and deployed and non-deployed launchers and 800 units.

The agreement was signed in 2010 at that time by the presidents of Russia and the USA Dmitry Medvedev and Barack Obama. It entered into force in 2011.

Trump is also critical of the contract. It is known that the current US President is not too interested in the problems of arms control and in this regard relies on national security adviser John Bolton.

Bolton is known for its position of the “hawks” and the enemy of any agreements that inhibit the ability of the United States.

“Bolton is the man who buried the INF Treaty, it will be buried and start,” says “Газете.Ru” specialist in the field of international security, Professor at MGIMO Victor Mizin.

Bolton himself, speaking about the start Treaty, said that “the decision is still pending”, but the extension of the contract, which expires in 2021, for another five years “hardly possible.”

“Vital signs” contract for the Pentagon and senators

The position of the American elite contract is not so straightforward. If Bolton and people close to him in the White house and state Department oppose the extension of the agreement, some members of the Republican party in favor of extending the contract start-3. This initiative is supported by the Democrats and in early August in the Senate, a bill was presented to representatives of both parties in support of the renewal of the agreement.

That dialogue between the US and Russia on arms control should continue, according to the outgoing post of U.S. Ambassador to Moscow John huntsman.

“I don’t think that countries such as the USA and Russia — the world’s largest nuclear power — must afford to close the doors and stop the dialogue,” the diplomat said in an interview with radio station “Echo of Moscow” on Wednesday, August 14.

Senior leaders in the Pentagon also believe the Treaty important. Despite the criticism of the Russian position, the commander of the Strategic forces Khayten believes the agreement is “vital” to international security.

At the hearings in the Senate in February 2019 Khayten recalled that the contract includes inspection, from both the United States and Russia on the nuclear arsenals of each other. The new start Treaty implies the inspection with short duration. In the case that the agreement will cease to exist, the parties will have little opportunity to obtain information about the intentions of each other.

Agree with this statement and Professor Mizin, which in 1980-e years took part in the disarmament negotiations with the American side.

“This agreement gives us the transparency, with this agreement and the Americans, and if it all collapses, it will be an end to all nuclear arms control,” he said.

According to the Deputy head of the National office for nuclear security Linton Brooks, there are “no technical reasons why start-3 could not be saved”, but this requires political will. To show her would be difficult, he said.

“The parties treat each other with great suspicion. I can hardly remember a time when there was so much suspicion,” Brooks said during a recent conference of the Luxembourg forum on preventing nuclear catastrophe in Rome.

According to him, in order to maintain the agreement, it is necessary to overcome mutual contradictions between the two countries in the field of international security. They are, says Brooks, are the following: the US wants to limit Russian tactical weapons, disagree with Russia, and Moscow, in turn, seeks to limit the deployment of U.S. missile defense systems in Europe.

To solve these problems, according to experts, you can later extend the start Treaty for five years.

“The parties should use this time to try to resolve their differences. But they should also discuss how they will act, if for the first time in half a century we are faced with the prospect of the absence of any legal agreement that helps to regulate our relationship in the nuclear field”.

As for the Russian position, Russian President Vladimir Putin said that Russia would not renew the Contract on reduction of strategic offensive arms (start-3), if this is not done by other parties.

More “flexibility” in the last” term

It is unclear how the decision regarding the start Treaty may be adopted by the President of the United States. For the extension of the agreement have not much time, and it is possible that trump could take this step in case of his re-election in 2020, if he will consider this as part of a favorable deal with Moscow.

From our experience, a second-term President of the United States may be easier to conclude strategic agreements, so as to remain in history.

It should be noted that this is considered his presidency a precursor to the trump Obama, when reporters overheard his conversation with Medvedev on the sidelines of one of the summits in 2012.

“This is my last election, after they had more flexibility,” he said. It was at that time about the issue of American missile defense in Europe.

While these themes are not heard in the electoral agenda trump-dominated migration and a trade war with China. The situation may change in the midterm elections in the fall of 2020 — if the Democrats can take control of the Senate.

“Arms control is a traditional topic of democracy, they have in this accumulated baggage,” says “Газете.Ru” leading research fellow, MGIMO Sergei Oznobishchev, an expert in matters of arms control.

Agree with this statement and Professor Emeritus of the Department of political science Columbia University Robert Legvold. “If the presidential election of 2020 will win the Democrat, it is possible that the start-3 can still be saved”, — said earlier the expert.

In turn Mizin believes that time is running out: “the Clock is ticking and, although the hour has not struck, the arrows are already close to a dangerous time.”