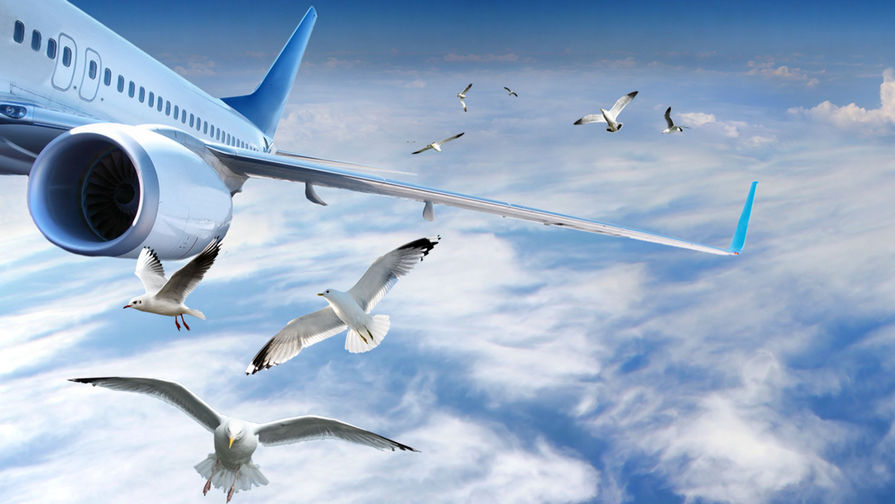 $1.2 billion — these are annual losses of world aviation, from airplane collisions with birds. Despite the high frequency of such incidents, to serious consequences they lead rarely.

The clash with the seagulls in the area of the airport Zhukovsky was the cause of the incident with the A321 aircraft in the suburbs. The commander of the aircraft Damir Yusupov and co-pilot George Murzin, who, despite two damaged birds of the engine, managed to land a plane in a cornfield in the suburbs, was awarded the title of hero of Russia.

“I signed a decree on awarding aircraft crew, which, as you know, has made freelance landing, hard, at the airport in Zhukovsky,” — said President Vladimir Putin, opening a meeting with permanent members of the security Council, RIA “Novosti”. The head of state added that the rest of the crew will be awarded the order of Courage.

The investigators just have to figure out why the birds were in the danger zone, whether their appearance with a nearby landfill and what measures were taken by the management of the airport to scare away birds, collision with which is not an uncommon phenomenon in the world of aviation.

According to the British Association of airline pilots (BALPA), the serious consequences of aircraft collisions with birds occur quite rarely. “Planes are designed and built to withstand the bird strikes, but pilots undergo a hard training to be able to cope with such surprises, as the bird strikes, says specialist BALPA Stephen Landells. —

In my career there were 10 collisions with birds, none of them resulted in any significant damage.

In half of the cases, in fact, because of the small size of the birds I did not know about the incident collision, is not conducted the inspection of the aircraft after landing”.

As a rule, collisions with birds occur near the ground during takeoff or landing, as happened yesterday in Zhukovsky. Most dangerous is the penetration of birds into the engine of the aircraft, which may lose traction. However, as a rule, this happens only with one engine, a modern twin-engine Airliners designed in such a way that can continue is not only horizontal flight, but the takeoff on one engine.

Accurate global statistics on the number of accidents due to collision with the birds there. According to the Federal aviation administration of the United States, in 1990-2013 in the country in aviaperelety related to birds, 25 people were killed, 279 injured.

The first documented case of collision of the aircraft with the bird happened on 7 September 1905.

In 2018 in the United States was recorded 14661 collision of aircraft with birds, it’s about 40 incidents a day. Over the past two decades in similar cases in the world have died more than a hundred people,

annual losses from birds to aircraft is estimated at $1.2 billion.

“Part of the plane is built to withstand such collisions. Online you can find the video where carcasses of birds fired at aircraft from special guns to test the strength of the windshield, air intakes and so on. Personally, I have encountered several such blows, and as a result, in the worst case there was a small dent. When the bird enters the engine, usually the poor animal is dissected. However, in the case of large birds the engine may be caused tangible damage,” says the American pilot Patrick Smith.

“Stop one engine should not lead to the collapse, as the planes are designed to fly with one engine stopped, — reminds Landells. — However, multiple bird strikes or collisions with especially large birds such as Canada geese can cause a lot of damage”.

Of course, the most famous of these cases — landing plane, EN route flight 1549 on the Hudson river in 2009, which entered the history of world aviation.

“Birds don’t clog up the engine, but they can damage the internal turbine blades, causing a loss of power, explains Smith. — The heavier the bird, the greater the damage. The impact of the average size of a goose at a speed of 500 kilometers per hour would have on the aircraft, the impact of 15 tons. Even small birds can cause damage if a lot of them.

In 1960, propeller aircraft airlines Eastern Airlines fell in Boston after a collision with a flock of starlings,” recalls Smith.

After the incident on the Hudson airport guide new York has taken steps ustralia a few hundred geese. Later, the environmentalists filed at airport court, but he sided aviators. 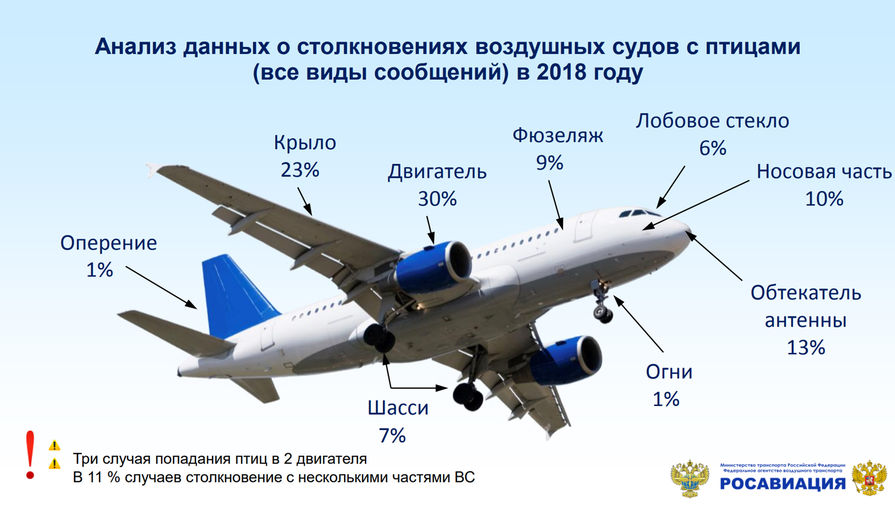 According to Rosaviation, in the Russian Federation since 2010, there has been a trend of increase in both absolute and relative (per 100 thousand takeoffs and landings) in cases of collisions of aircraft with birds and other animals. Such incidents in the Russian Federation occur more often than, for example, in the United States, according to the materials of the Department.

5 of the best Bluetooth speakers

Atari Breakout: How to unlock the latest Google easter egg