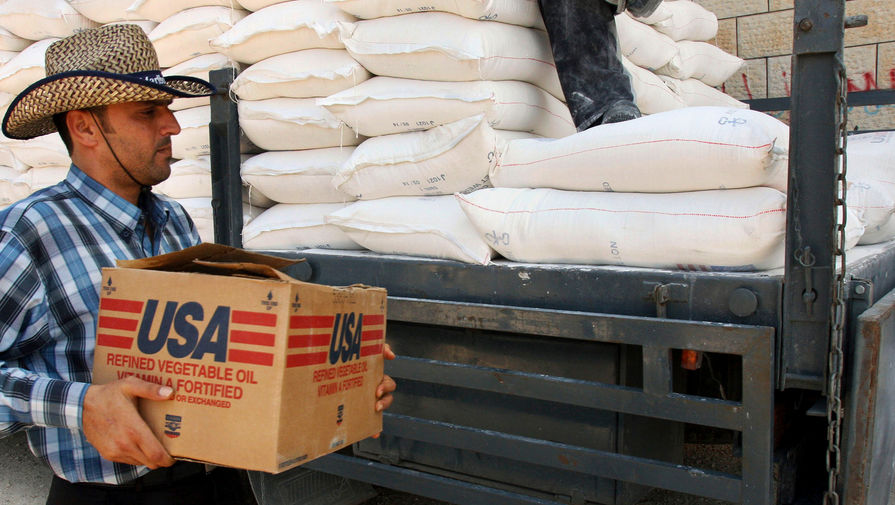 The white house wants to cut spending on international aid by more than $4 billion, while many congressmen are against this measure because, in their opinion, is a blow to the prestige of the country. Also, it is believed that money allocated from the American budget “is important for U.S. global leadership and security”.

The white house plans to reduce spending on assistance to other countries more than $4 billion Reduction, the project which is scheduled to submit to Congress, may relate to programs of the UN and the Agency for international development (USAID). Many of the congressmen at that, oppose this measure because, in their opinion, is a blow to the prestige of the United States.

At the same time, these ideas are close to the policy of trump, who has a negative attitude to international humanitarian missions and wants by reducing the means to punish poor countries where America is the main stream of migrants.

The project has been prepared in the budget office of the White house. According to the document, the Agency USAID will be reduced by $2.4 billion, the program of international assistance is exercised through the state Department — the $2 billion Such data are published by the publication Politico.

The amendment is scheduled to submit to Congress early next week. Lawmakers will have to consider them within 45 days and then make a decision to approve or refuse the President. During this time funds will be frozen.

The funds will not be available until the end of the 2019 financial year on 30 September, after which the validity of the permission for use expires.

However, according to Politico, some high-ranking Republicans and Democrats have already expressed their negative reaction to the proposals the White house to reduce spending on international humanitarian projects.

As noted in an interview with the publication, the representative of one of the relevant committees of Nita Lowey,

“there is a common understanding that these tools are important for U.S. global leadership and security of Americans.”

It is worth noting that among the costs that will be reduced, provided nearly $800 million for United Nations peacekeeping, as well as about $400 on various humanitarian initiatives of this international organization.

Reducing the cost of the UN mission fits into the rhetoric of trump, who has never concealed its negative attitude to this Union.

“We need a UN which will restore the confidence of people around the world. The UN should not be held hostage to past methods that don’t work,” said trump, in his speech in September 2017 at the General Assembly of the organization.

In his speech, trump has demanded to remove from the United Nations unnecessary bureaucracy that was even reflected in the Declaration adopted under US pressure. It was signed by 128 of the 193 member States of the UN. The U.S. permanent representative to the organization Nikki Haley called the number of signatories was “fantastic”.

His negative attitude to the UN is known and the trump adviser for national security John Bolton. Under President George W. Bush, he served as U.S. Ambassador.

“The UN does some good in the humanitarian sense, however, if to speak about mechanisms for the resolution of international conflicts, I don’t think they reflect the aspirations, dreamed of the creators of this organization,” he said Bolton “Газете.Ru” in the year 2015.

As a former businessman, trump has a negative attitude towards spending on humanitarian projects undertaken by worldwide Agency for international development (USAID)

The organization is a part of the U.S. Department of state, which, as told in conversation with “Газетой.Ru” employees of different departments, many departments remain understaffed, and the funding of projects is reduced. So, in a recent article in Business Insider employee of the state Department, the administration of Barack Obama, Brett Bruen wrote that most of the diplomats “had lost confidence in his leadership”.

In August of this year, as CNN reports, the White house has already suspended $2 billion to $4 billion that was allocated by the USAID for various humanitarian programmes, including counter-narcotics and public health issues.

No money for “ass the world”

During the April hearings in the U.S. Senate, Secretary of state Mike Pompeo also said that the poor countries of Latin America, such as Honduras, El Salvador and Guatemala, assistance will be provided under certain conditions.

Washington, as explained Pompeo, will greatly reduce the amount of assistance, but will also require these countries to tighten control of the borders and “not to give his men to move to Mexico and cross the southern border of the United States.” To obtain cooperation from States, these countries will have to comply with U.S. requirements that will be in “their own interests”.

From the mentioned region really is a large flow of illegal immigrants, and trump has actively used this theme before congressional elections in 2018, saying that the U.S. is approaching a “caravan of migrants”.

However, opponents of the trump from the democratic camp believe that the reduction in financial support will further worsen the situation in these countries and lead to greater emigration of their citizens in the United States.

“Why are all these people out of your ass the world should come here to us?” asked Donald trump, according to sources who were at the meeting.

It is noted that at this meeting he highlighted Haiti, stating that migrants from this island state should be “excluded from any deals.”

“Why do we need more Haitians? asked trump. — Throw them [from the transaction]”.