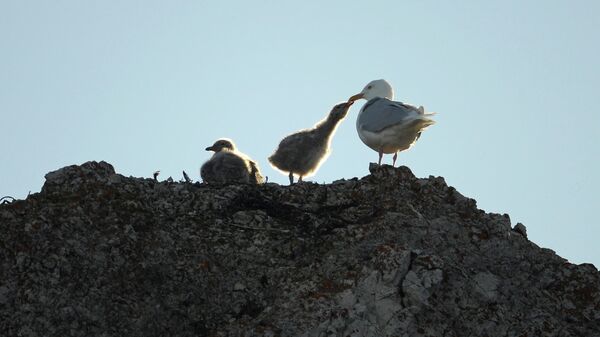 Tatiana Pichugina. On the Novaya Zemlya archipelago are the largest in the Arctic and Eurasia colony of migratory birds. They are threatened by global warming and industry. How to save the population of birds, RIA Novosti was told by the ornithologist Irina Pokrovskaya, a leading researcher of the Institute of geography RAS.

Between nuclear weapons and nature

In 1990-ies on the southern island of the Novaya Zemlya archipelago opened Pavlovskoye Deposit of polymetallic ores, rich in lead, zinc, silver. To extract minerals planning career means, and for processing or to build a factory on land or put equipment on a barge in the lip Ring. They’ll have to build the port.

This is the most Northern oil field in Russia. To learn it is extremely difficult technologically and economically. It is also important that New Land is a key element of the ecosystems of the Barents and Kara seas.

The archipelago is washed by a branch of the Gulf stream — the warm Atlantic current. There are very many breeds of birds. After world war II in the South island where the largest colony of birds, opened the reserve. But after five years closed. But since 1954 there was a nuclear test site. Only in 2009, a New Land appeared again protected territory — national Park “Russian Arctic” in the North island. 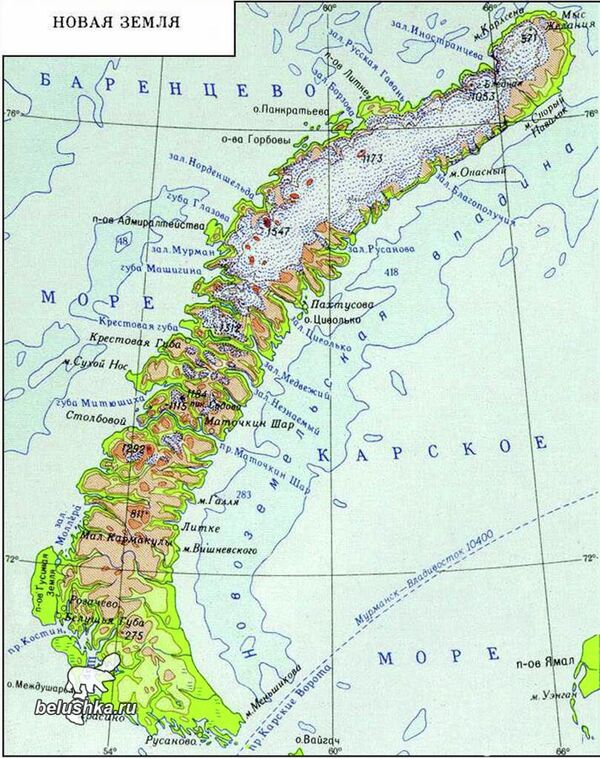 In Soviet times, a New Earth is actively researched: established a polar station, military bases. Scientists studying the local flora and fauna, have been field seasons every year worked without a break.

In the 1990s, biologists have lost this opportunity. It is especially difficult for ornithologists. Given that New Land are the largest colony in the Palaearctic (the so-called vast region, including the Arctic, Asia and North Africa), the observations we must engage in constantly. But now available only in the extreme southern and Northern end of the archipelago.

“One of the most sensitive issues — the construction of the port in the South island in the lip the Nameless, right on the spot the largest bird Bazaar. It was here from 1946 to 1951 was a branch of the Kandalaksha reserve, were working scientists who laid the foundations of marine ornithology. This should be a protected area,” says Irina Pokrovskaya.

She is studying Arctic birds and causes changes in their lifestyle. According to her, during the construction of the port part of the colony of birds die, but some can be saved, if you make it reserve. Irina Pokrovskaya with colleagues involved in the scientific examination of the project of the new port proposals for the revision they sent in the corresponding structure. 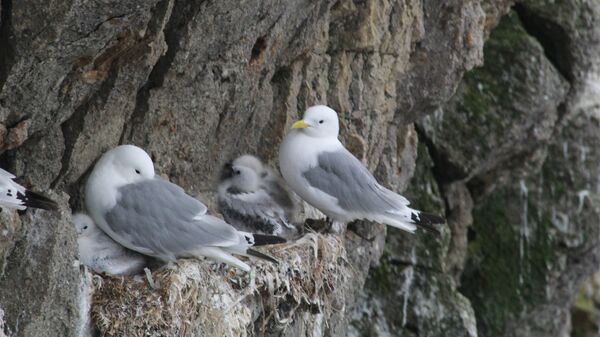 In the early 2000s, Norwegian scientists have sounded the alarm: in Svalbard has decreased the population of thick-billed murres. It was included in the national Red book and International Union for conservation of nature, launched a very costly project on satellite surveillance.

“Information about where Kyra winters, very little. The only data obtained in the lip of the Nameless, when there was a reserve. Over three field seasons scientists are a very small team on pure enthusiasm 56 banded thousands of birds,” says intercession.

Thick-billed Guillemot is a key link in the ecosystem of the Barents sea. The fact that this predator, which regulates the abundance of marine fish and is a factor of natural selection. Due to the large number of Kayra copes with this task. If the population is critically reduced, all led by the bird food chain is disrupted.

Russian scientists involved in the Norwegian project. The only point of observation is located in the extreme South of the archipelago. Meanwhile, half the population of guillemots in the Barents sea lives in the area of nuclear range, which, for obvious reasons, not available to civilian scientists.

“This is a circumpolar species, he lives around the Arctic ocean. In some places its numbers are stable or even growing, but the overall situation is worrying”, says the scientist.

Guillemots are not considered species that need to be protected. But in the New Earth inhabited by endangered species, for example piskulka goose, small Swan.

“In compiling the Atlas of the distribution of birds taking data every five years. And we have the latest information for 1994-1996. Then Russian-Norwegian expedition spent in the archipelago three seasons,” continues Irina Pokrovskaya.

Arctic — the most vulnerable region on the planet, is very sensitive to global climate change. The annual average temperature is growing very rapidly, sea ice is an extremely important element for the stability of the climate dramatically reduced. All this affects the ecosystems.

“I spent the field season in 2013 in the North island in the national Park “Russian Arctic”. Compared their data for the bird species with the data of the 1930-ies and 1950-ies, obtained by two Soviet watchers, and noted the presence of thermophilic species which weren’t there earlier”, — cites the example of the intercession.

In the 2016-2017 year, scientists have noticed there is a mute Swan — it hibernates in Russia in the parks in the middle lane, and before him on the New Earth have not seen. In the South island live only its Northern counterparts, the tundra Swan is a small and whooping.

The problem is that the researchers of flora and fauna are practically no systematic data on the New Earth. About how there are changes ecosystem, they can judge only in the more southern territories of the island of Vaygach, the Yugorskiy Peninsula, where transformation is particularly noticeable.