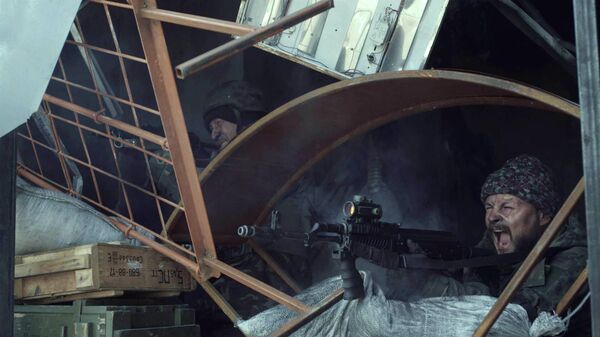 Anton Lisitsyn. Kiev has allocated money for the filming of a Comedy about the “anti-terrorist operation” in the Donbass. The Ukrainian government has repeatedly funded the development of dramatic and Patriotic ribbons. They all failed at the box office. The most successful in the history of the “independence” of cinema was the film of the current President Vladimir Zelensky. Why Ukrainian audience does not want to look ideologically correct movies, versed RIA Novosti.

Therapy for the Ukrainian society

In the report of the Ukrainian cultural Fund set up by the government, it is reported that at the end of filming of the Comedy film “the Cat with glowing eyes” received a grant in the amount of 8.9 million. The purpose of the film is characterized as “art therapy for Ukrainian society”.

“Cat” needs “in comic form to allow the Ukrainians to get rid of the trauma of war, to acquire new dimensions of heroism”.

“Comedy” about the war in the Donbass will be financed and the state of Ukraine — “Cat” was the selection. The application States that it is “the story of the war in the East of Ukraine, where dramatic events filed with the positivity and humor that soldiers retain despite the horrors of war.”

This is not the first film about the “anti-terrorist operation” made for public funds. In 2017 in rolling out the “Cyborg” — a drama about fighting for the Donetsk airport. In the frame of Ukrainian soldiers speak Russian, there is a scene of interrogation of a Russian prisoner who was sent to fight in the Donbass (Kiev insists on Moscow’s involvement in the civil war in the southwest). Heroes on the front lines are the dialogues on the most pressing ideological agenda of the Ukrainian language. The protagonist, ideologically aligned national and figure — former teacher of history from beneath the city Serpen. The bearer of the ideas of Ukrainian nationalism between the fighting comrades instills the right values — love of country. The role of the chaplain in “Cyborg” played by the Minister of culture Yevhen Nyshchuk. Soundtrack — song of Svyatoslav Vakarchuk’s “Not my war”. 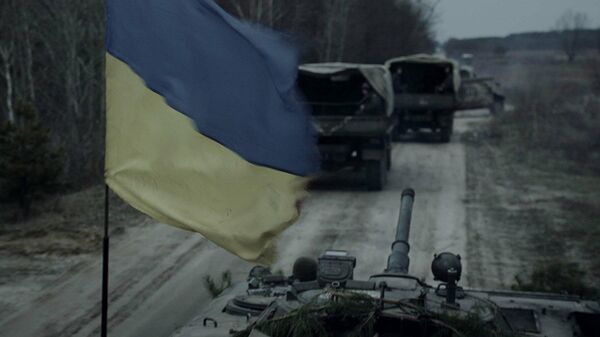 The film flopped at the box office: at a cost of approximately 48 million (127 million) it collected about 23 million (60 million rubles).

About the war in the Donbass told the military detective “call Banderas”. Budget was $ 39 million (100 million), cash — less than two million (5.3 million rubles). The tragicomedy “Donbass” was shot by the forces of cinematographers of the five countries with the financial support of Kiev. In the genre of pseudodocumentaries she allegedly described the lives of the people in the breakaway republics. Producer conceived the painting as a movie festival, Ukraine, even put forward “Donbass” for “Oscar”, but the tape was not included in the shortlist. The fees amounted to two million, with 72-million cost. 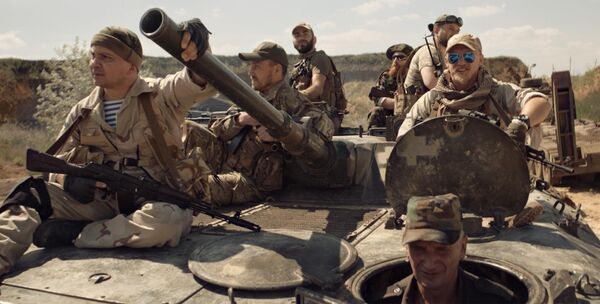 Similarly, flopped at the box office and the jubilee film “Steep”, dedicated to the battle of Kiev, which occurred during the civil war in Russia in 1918. Authentic description of the clashes, but the official Ukrainian historiography, it is listed as one of the most iconic events of the past. Not repulsed cash and “the Secret diary of Simon Petlyura”, which focuses on the struggle for an “independent Ukraine” in 1917-1921 years.

The most successful film

However successful the film, the current Ukrainian President Vladimir Zelensky. Comedy “I, you, he, she”, which the future President was removed as a Director, was not about the everyday life of Ukrainian soldiers, and the usual family troubles. The work of the Studio “Kvartal 95” gathered 70,5 million (185 million) with twice lower cost, came in a foreign car — at least in Kazakhstan and the Baltic States. The tape proved to be the most successful in the history of independent Ukrainian cinematography. And 49 percent of the production costs covered by the state. However, Zelensky had to explain why the film was shot not in the state and Russian language.

Already during the election campaign in the winter of 2019, the state stated that Zelensky — then still a presidential candidate — took the top in the national art. “The film is in cinemas across the country looked almost 800 thousand people, — said the Agency for cinematography. — The absolute record among Ukrainian films made over the years of independence. It proves the powerful potential of Ukrainian cinema and its ability to compete with Hollywood blockbusters in the domestic market”. However, since then, Zelensky has not engaged in film directing. 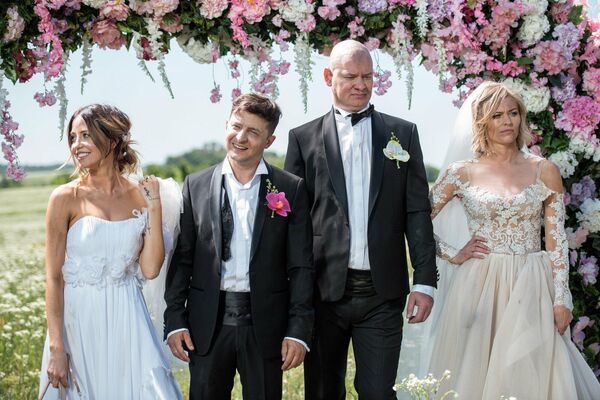 Kiev-based composer Vladimir Bystryakov in Soviet times, collaborated with well-known all over the country with artists, wrote music for 20 feature and 36 cartoons. Modest success of Ukrainian cinema explains that “culture is not viable, if it cut off a whole segment”. “And the culture in Ukraine is now deprived of ties with Russian culture, he continues. — Then, if Nazi Germany was at least a researcher Leni Riefenstahl, in Ukraine and this is not observed. It is, rather, the days of Mao’s cultural revolution. New people who came into power in 2019, while not changing anything — this old song about the old. And frustration, and fatigue accumulate”.

“If you take a lot of Ukrainian society, the subject of the war in the Donbass, there conducting offensive operations maintains a fairly narrow layer, says a political refugee from the Ukraine, former Deputy of the Odessa city Council Alexander Vasilyev. But this layer has access to media and resources, so the state broadcasts that is the agenda. Frankly, Patriotic, ideologically aligned movie is not very successful in Russia, although people generally experience positive feelings about events in recent history, the role of the state”.

The change of genre films to wartime propaganda, in Vasilyev’s opinion, is significant. “An unpopular war in the East of the country decided to “drag” in the genre of light: make a joke about the attacks. Despite the fact that the President of the country in the profession is comedian. This will take time”.