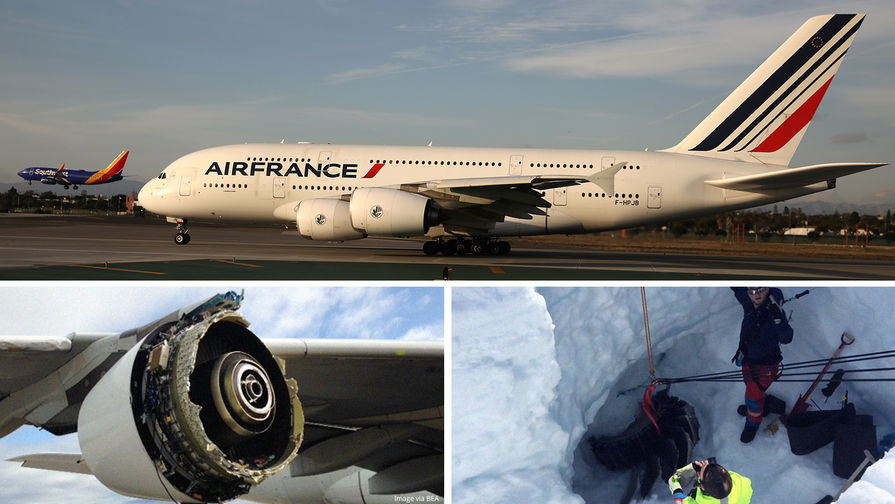 The largest A380 again major problems. The incident, which have fallen off the aircraft engine, threatens to turn into a need for inspections of dozens of ships and for airlines multi-million dollar losses.

The legends of world civil aviation, the largest passenger airliner in the world A380 to new problems. They are connected with the necessity of checking and even replacing important engine components in large parts of the entire world fleet.

This predetection story began almost two years ago with an unusual incident which attracted the attention of aviation professionals. 30 September 2017 at the A380, flying from Paris to Los Angeles,

during the flight over Greenland was blown off the front of the starboard engine along with the fan.

On Board the aircraft at the time were 496 passengers and 24 crew members. As a result, the plane was forced to make an emergency landing on three engines at an air force base of Canada “goose Bay” and the passengers — to spend the extra 24 hours. 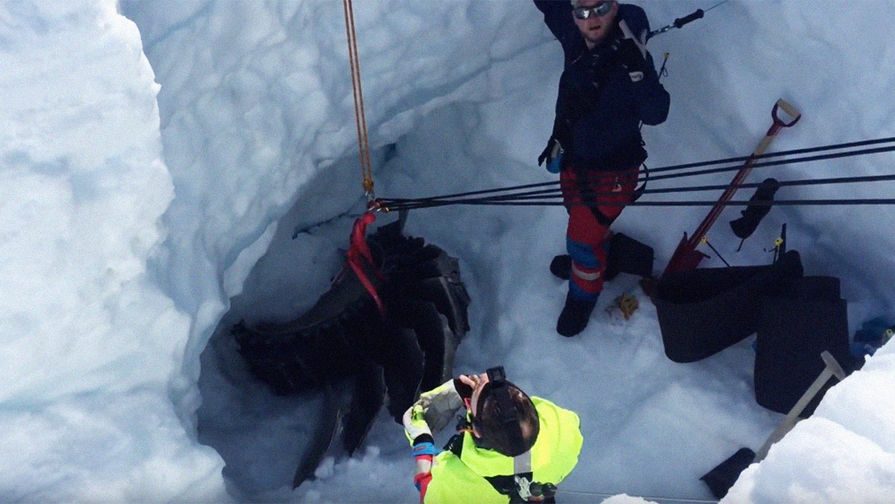 Modern jet engines are designed in such a way that the ingress of birds or separation of the blades does not usually lead to serious consequences. However, the photographs emergency stranded Board shows that during the fourth flight the engine lost the hood and the fan.

“We looked out of the window and saw that half the engine is missing”, — told then the passenger Enrique Guillen. According to him, the plane for two hours was in the air when passengers heard an unusual noise.

Later, some of the engine was discovered on a glacier in Greenland, lifted by helicopter and taken to study in Paris. While the Federal aviation administration (FAA) issued a Directive to all airlines owning A380 aircraft engines GP7200 production enterprises Engine Alliance, to conduct a visual inspection of bushings for fans of all similar engines.

However, the story is not over. The fact that in the Greenland ice cores have not been detected missing main engine parts, which were to shed light on the cause of the incident. In may 2019, the search resumed. Scientists have used sophisticated methods of finding metal objects under a layer of snow,including using the radar mounted on Board the aircraft and finally, in July, the search failed – with a great depth of the snow was removed the missing parts of the engine — fan hub with blades.

In the course of the study in the sleeve of titanium alloy was discovered “fatigue crack beneath the surface”, the results of recently, the Federal aviation administration (FAA), referring to the decision engine manufacturer, has issued the airworthiness Directive, which referred to the need to check mounting sleeve engine for cracks and deterioration on the aircraft flying through the territory of the United States. Also, this node needs to be verified using the methods of eddy current testing.

This applies to aircraft that have the engines GP7200.

“The manufacturer also has developed a new design locks blades, which reduces the probability of breakage of the hub when it is separation,” said the regulator’s decision. — FAA issued this Directive for the identification of defects, damage and cracks, which can lead to non-localized destruction of the hub of the fan. Unsafe condition, not being noticed can lead to the destruction of the hub, engine damage and aircraft”.

However, more importantly, for certain serial numbers of engines GP7270 and GP7277 operators have expensive replacement of the entire hub mounting fan blades.

And if the inspection node will cost airlines a total of $1190, then the complete replacement of knot of fastening of the blades on only one engine costs nearly $800 thousand and will require 50 hours of operation.

And given the fact that the engines of the plane are four, some owners will have to pay for the maintenance of their aircraft more than $3 million.

The Directive comes into effect August 30, 2019, the deadline of performance is 1 September 2020. The engines for the A380 are manufactured by two companies – American, British Engine Alliance and Rolls-Royce. The American firm has equipped their engines 152 of 237 cars, flying around the world today.

It is not known which aircraft will be tested, but experts believe that under attack in the first place will be Emirates airline owns 112 A380 aircraft and has orders for 11 more. At the same time until 2015 engine supplier for the Emirates was made by Engine Alliance, after which the customer refused them in favour of Rolls Royce.

The need of inspection and repair can be hit hard by the current activities of the company, as this will need to withdraw the aircraft from service and for a long time to occupy the hangars. However, Emirates is not the only operator who is waiting for this unpleasant news. According to analysts, a similar model GP7200 engines are on the aircraft of the airlines Etihad, Air France, Korean Airlines and Qatar. All of them have check engine, but not in all cases require costly repairs.

In February 2019, the European aircraft manufacturer Airbus decided to halt production of the A380, giving up the idea to make it the aircraft of the 21st century. This was discussed in the decision, promulgated aviakontserna. The decision was taken against the background of declining orders for the specified type of aircraft — the problem, to put the future of the famous liner into question in recent years.

The last straw was the cutting of a portfolio of orders from the largest customer, Emirates airlines, which has decided to reduce the order from 162 to 123 boards.

Atari Breakout: How to unlock the latest Google easter egg