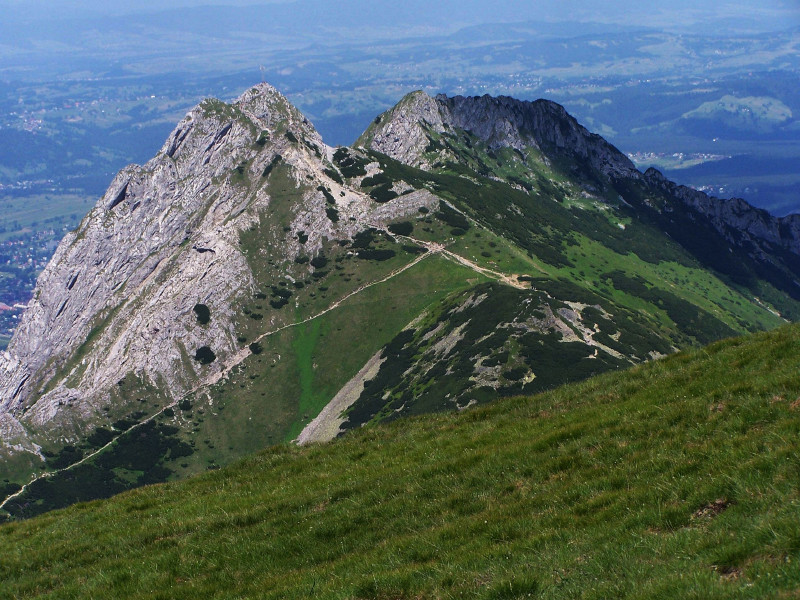 In the Tatras, in Poland and Slovakia, the strongest thunderstorms, five people received fatal injuries and more than 150 people were injured. As reported “Interfax” with reference to the Associated Press, the rescue services Poland looking for five more people who were in the storm in the mountains and missing.

Lightning strikes killed four people in Poland, one person was killed in neighboring Slovakia. According to the BBC, the epicenter of the impact was on a group of tourists on the top of Giewont mountain with a height of 1894 meters, where there is a metal cross.

It is believed that lightning struck at the 15-meter design at the time, when at the top there were a large number of tourists, and then electricity is passed along the metal railing. Among the victims listed at least one child in the area sent four rescue helicopter.

Thursday after the storm, 157 people were taken to hospitals, reports TVN24. Most suffered burns, and complain of heart pain. Remain hospitalized 22 people. The mayor of Zakopane Leszek Dorula declared Friday a day of mourning in connection with the incident.

Tatra mountains – the highest mountain chain in the Carpathian mountains, who wear the title of second longest mountain range in Europe, stretching from the Czech Republic, through Poland and Slovakia to Serbia, Romania and Moldova. The highest peaks of the massif are located on the territory of Slovakia.

The highest peak called Gerlach or Gerlachovsky Stit, with a height of 655 m 2, located North of Poprad in Slovakia. The highest point in Poland, mount Rysy, a height of 2,499 m, located to the South of the city of Zakopane on the border with Slovakia.

The Giewont is located in the South of Poland, its highest point is mount Great Giewont, 1 894 m. Finding her during a thunderstorm is unsafe because the set there is a metal cross often attracts lightning strikes.

At a time when a group of tourists climbed to the top, the weather was Sunny. Forecasters did not warn of a possible disaster, write “Facts”.

Ascent to the Hoverla mountain

In the Carpathians has already been the case when, during a mass ascent lightning nearly killed the President of Ukraine. It happened in 2005. Climbing the highest peak of Ukraine – mount Hoverla in the Carpathians,
it was dedicated to the 15th anniversary of Declaration on state sovereignty of Ukraine. It was attended by the then head of state Viktor Yushchenko.

The ascent ended with the kissing of the icons, and on top of it were buried the capsule with a message for those who climb the mountain in 10 years.

Lightning discharge touched another five people, three of whom refused hospitalization, and two were taken to intensive care. Lightning hit the umbrella and guard Yushchenko – because of the raging storm the President could not leave the scene.

The safety of the participants of the mass walk and climb was provided by the MOE units with special equipment. But eyewitnesses said that many of the victims on the descent from the summit reached the foot of the mountain alone and did not enter the official statistics.

Place on top of the mountain traditional Veche Victor Yushchenko took part for the 5-10 thousand people. When it came time to descend the mountain for a few minutes was enveloped in fog, the storm began with hail, which lasted more than an hour.

Before climbing the Goverla mountain with a height of 2061 meters – the Ukrainian green Party appealed to Yushchenko to call on their supporters to refrain from mass ascension and to conduct a “political Assembly” at the foot. According to the authors, at the top of Hoverla hard to fit 300 people.