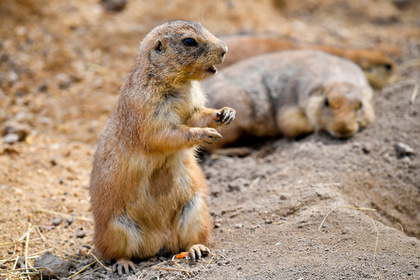 In the U.S. state of Colorado recorded outbreak of plague among the Prairie dogs, which forced the authorities to partially close reserve, Rocky Mountain Arsenal. This publication reports The Independent.

Infection is spread through fleas that bite rodents and infect them with plague Bacillus Yersinia pestis. In places where the experts have recorded cases of infection of Prairie dogs, restricted entrance in order to preserve the health and safety of visitors. According to experts, there is a risk of infection of domestic animals. Although dogs are less susceptible to the plague than cats, they can become carriers of fleas, which can infect humans.

The health officials treated Prairie dogs insecticidal powder to prevent the spread of fleas to other animals.

The Ministry of health called the risk factors of suicide