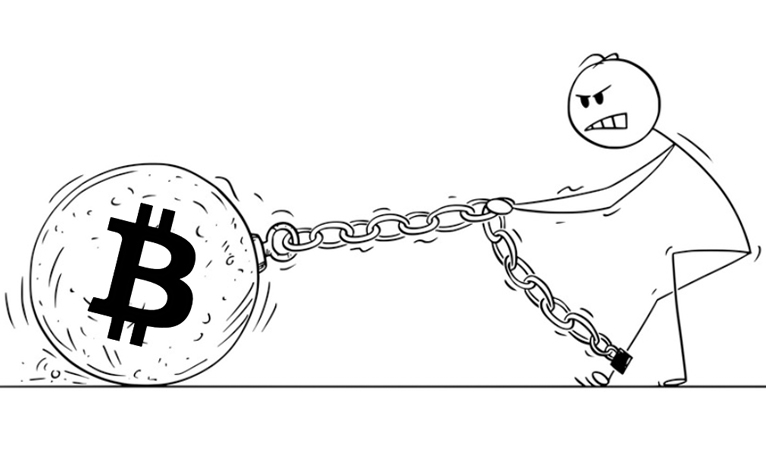 Well-known popularizer of bitcoin Jimmy song put forward his version of why bitcoin, despite the fact that there is almost ten years, never received a truly massive scale.

According to song, this is the fault of “bad people”. He writes:

“The main reason why the masses still did not accept bitcoin bad actors. The people, focuses the public on the “blockchain technology”, or “cryptocurrency”, or a “real Bitcoin”, which tell stories, like stories about the miraculous drugs of the mouth of various charlatans. As a result, in the mass consciousness of the bitcoin mixed up in a heap with these ersatz, and lost.”

There is one option bitcoin, which is widely discussed. Regardless of which side you take in this debate, it is impossible not to admit that bitcoin is not scaled. This does not mean that he is not capable, or that this will not happen, but yet to scale the bitcoin failed.

For the past three years the number of people wanting to use bitcoin exceeds the number of users of that network – realistically speaking – is able to provide. And the solution is still there. Until the network fails to support the massive influx of users, no inflow will not. It’s simple.

Cryptocurrency in General is not very convenient to use. At best, new users should learn copypasted content long cryptographic hashes and to scan QR codes in the worst – to know what security of private keys, to learn how to change the input and output addresses, and master the same techniques. Some wallets, such as HandCash, simplify the process, but it is still not scaled to the size of the network and has not become universally accepted. However, none of these solutions are not intended for the bitcoin network that did not scale, although some of his supporters insist that Lightning network will be the solution.

Not all agree with the verdict of the Jimmy song. So, a well-known journalist Joel Valenzuela, the editor-in-Dash News, the author of publications Cointelegraph and Dash Times, writes:

“If you are some time spent in this industry, you must have noticed a dramatic increase in the aggression by fans of bitcoin. I see that in recent years there has been a transition from “positive” and the tendency to utopian constructions of arrogance and inadequacy. However, it is impossible to attract new people. Even worse – confusing description. In the past, bitcoin is “digital money, free from control and manipulation which can be sent worldwide, almost for free.”
How this will work why people want to use the asset that was given quite a clear explanation. Now, however, dominated by the rather vague topic of “digital gold”.

Take as an example the tweet song: how is it possible that the sectoral leader, which accounts for two-thirds of the market capitalization, the most popular brand, is suffering from marginal projects of smaller size, first draws attention to newcomers? And newcomers, supposedly, they are disappointed, but in the end suffers from the reputation of bitcoin? This is a completely pointless argument, especially for someone who recently came into this industry. Such rhetoric confuses the people with sense, encouraging them not to deal with cryptocurrencies at all.

When you’re not trying to compete, then get the corresponding results. From the moment when the question arose about the size of a block, bitcoin has not made it a priority desire to become a technology used by the broad masses. Instead, it focused on an arbitrary selected goal to maintain small size blocks and move a small amount of payments ofcan. Not because it is more efficient or provides a better user experience, but for different reasons. That’s why we should not be surprised that the mass distribution of bitcoin did not happen. Indeed, no one tried to implement this scenario. If you are faced with a global challenge to revolutionize global financial and payment system – you can’t afford to have a number of key limiting parameters further progress towards this goal.

This is the reason why the masses still did not accept bitcoin, and it’s not that people buy other cryptocurrencies and “fired” at them”.