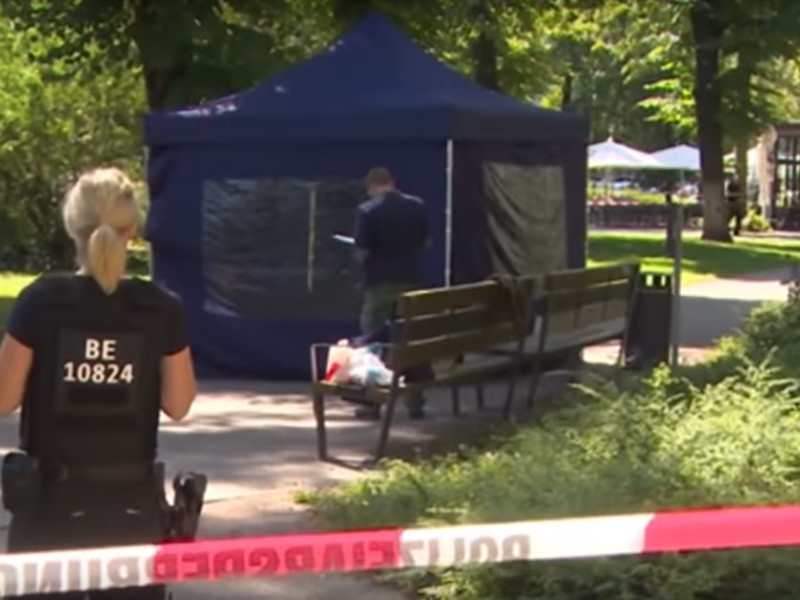 The Berlin police establishes the identity of the alleged killer of a Georgian citizen Zelimkhan khangoshvili in the centre of the German capital. The details of the investigation with reference to the sources reported by the newspaper The New York Times.

Possible the killer was arrested the day of the murder, August 23, by the testimony of two teenagers. When he had himself and three thousand euros in cash, two plastic cards from hotel rooms and the recently issued biometric passport in the name of a Russian citizen Vadim A. Sokolov. The investigators believe that the document was a fake.

A few days after the crime, investigators received an e-mail sent using the postal service ProtonMail, incorporating elements of electronic encryption. According to the European and American sources NYT, a brief message was written in bad English. In one of the intelligence services considered that contained in the message information, the most likely.

The author of the letter, in particular, predicted that the suspect would refuse to testify, and speculated about his identity. According to the sender, we can talk about the citizen of the Russian Federation Vladimir Alekseyevich Stepanov, who was allegedly detained in a corrective colony (IK-11) in the town of Bor Nizhny Novgorod region, which are serving sentences former law enforcement officers. He said that in 2005 the trial in Moscow Stepanov was sentenced to 24 years in prison and could be released early to commit attacks in Berlin. Investigators in the received message Stepanov, in particular, was mentioned as a “hired killer”.

In the studied DW media major of militia Vladimir Stepanov appeared in murder cases, acting Director General of the defense enterprise “Almaz-Antey” Igor Klimov, who was shot in June 2003 on the Crimean shaft in Moscow, and head of the St. Petersburg company “Prommashinstrument” Elena Neshcheret, stabbed to death in her apartment building in October of the same year.

According to the investigation, senior detective of the police Department of St. Petersburg Vladimir Stepanov was part of an organized criminal group who committed more than one murder. He was deprived of his court rank of major, and sentenced to the maximum possible term of 24 years.

The New York Times, citing court documents, notes that Stepanov covered members of the group and provided them with logistical support. He was also directly involved in the murder Neshcheret and used premium weapons received for participation in one of the Chechen campaigns.
At the request of the newspaper the police officer is one of the European countries, specializing in working with facial recognition technology, compared Stepanova photos, presumably taken in court, with pictures of the alleged assassins of Zelimkhan khangoshvili, and came to the conclusion that with 90% probability we are talking about the same person.

Meanwhile, German investigators are not yet able to clearly identify the suspect as Stepanova. The result appealed to Russian officials to clarify, does the last sentence in IK-11. The request was abandoned by the Russian side without an answer.

While Berlin, the investigating authorities do not rule out that an anonymous letter was sent to restore on a false trail. To contact the author of the letter has not succeeded yet.

DW earlier it became known that the investigation into the murder of a Chechen in Berlin joined the Federal office for criminal matters (BKA). Technically speaking, it is the Prosecutor’s office of Berlin, but the BKA, as told by its Director Holger münch (Holger Münch), took care of all that concerns the international aspects of this crime, the police inquiries in other countries, and also has a Berlin colleagues with technical assistance.

According to one version, the murder of the former Chechen field commander in Berlin was custom-made. US intelligence agencies claim to have evidence of involvement in the crime Russian special services.

Zelimkhan khangoshvili was shot in a Small Park Tiergarten in the center of Berlin on August 23. The Russian authorities had declared him wanted on charges of terrorism. In Germany, the Chechens sought refuge after several previous attempts.
The alleged killer managed to catch the same day’s testimony. According to media reports, he was the owner of the existing Russian passport. The journalists managed to learn more about it through the petition for obtaining a Schengen visa, a copy of which was given to them by an unnamed source. In the application for the visa is likely the culprit called himself Vadim Andreyevich Sokolov, born in Irkutsk in August 1970.

The passport, which showed “Sokolov”, he was given just 11 days before the application for a visa. Such a person is not in the list of registered inhabitants in the Alpine alley. The person whose name, place and date of birth would correspond to the data specified in the passport and the visa application “Vadim Sokolov”, none of the available databases of Russian citizens at the disposal of the investigators. However, the applicant received at the Consulate of France in Moscow a multiple Schengen visa the very next day after application.