Yesterday, the Russian Internet was literally blown up by the video you posted on his social network account of the famous athlete, Olympic champion and holder of many other titles, figure skater Evgeni Plushenko. From the record shows that Plushenko willfully violated the traffic rules and put the health and life of his six year old son to great danger.

Everything happens in Karelia, where the world-famous athlete during his vacation sat the baby on his lap and behind the wheel of the car during movement. And while some visitors to the pages noted for her enthusiastic responses, but among Internet users, this act caused a flurry of outrage and condemnation – fortunately, in Russia and sane people.

It is worth noting that such videos appear on the network depressingly regular basis, but what is vouchsafed not another irresponsible idiots, and so well-known and reasonable, like, man, we can only guess. Removed and it wasn’t anyone anyhow, and the wife of Eugene and mother of baby Yana Rudkovskaya (a link to the video does not give deliberately in order that no one served as a bad example).

Meanwhile, even those who use when transporting children, a special device is also putting them at serious risk. The thing is, what this device. Thus, the set of points of the sales threat of the restraint device for transporting children in cars discovered the results of inspections in 28 regions of Russia in the framework of the joint action “Save the child”, organized by Rosstandart and the public organization “Council of mothers”, with the support of the Ministry of industry and trade.

We are talking about the so-called “triangles” – the offset straps of the safety belt, which can cause harm to the child. “Rosstandart, as the body responsible for the safety of the component parts of the automotive industry, is actively pursuing a policy of ridding the market of dangerous products, including child restraints. In 2016 we managed at the level of the UN to recognize the proofreaders of the straps of the seat belt or the so-called “triangles” not corresponding to requirements and specifications child restraint devices,” – said the Deputy head of Department Alexey Kuleshov.

During the campaign, 156 revealed facts of sale of substandard offset straps of the seat belt, including in 22 regions of the country, the volunteers are faced with the 61 case of sales of “triangles” in retail stores. Among them – even such giants as hypermarkets “Auchan”, “Lenta” and Rich Family.

The rating by the number of points of sales of the correctors of the straps of the seat belt, he headed Nizhny Novgorod oblast, Perm Krai, Kemerovo, Novosibirsk and Sverdlovsk region. Also as part of monitoring in 18 regions recorded 95 cases of sales of “triangles” in the Internet-shops, and here are the Moscow, Sverdlovsk and again in Nizhny Novgorod region, St. Petersburg and Krasnoyarsk Krai. The maximum number of suggestions “triangles” contains on the websites of online stores Wildberries, “Auchan”, “Lenta”, Rich Family and “Obstetrics”.

“With this action we have saved the lives of hundreds of children is more than a summary! – said the Chairman of the Board of the Russian public organization “Council of mothers” Tatiana Butskaya. – However, the threat of “triangle” are still on sale. We will not dwell on this action: we will continue to look for in stores, take photos and send a photo of the correctors of the straps of the seat belt. And we will ensure that they are completely disappear!” 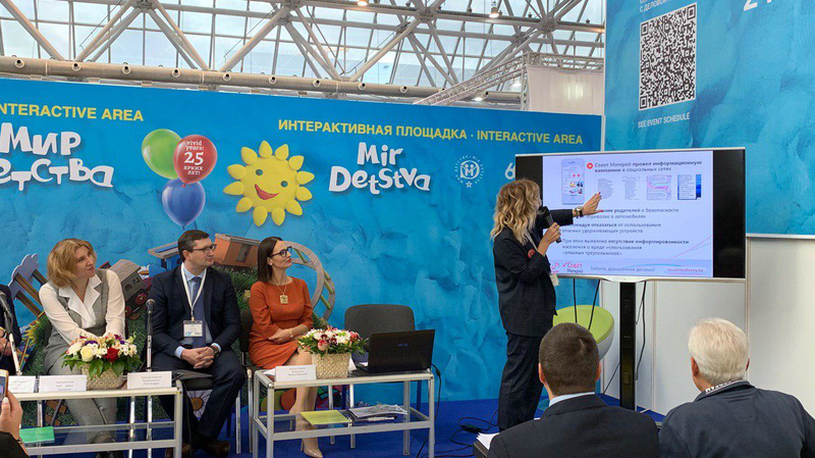 In addition, experts Roskoshestvo had announced a comprehensive study of children’s car seats. As parameters of the analysis – the simplicity and ease of use of the chair and its mechanisms, availability of instructions, its completeness, clarity and correctness of display. Strength and safety devices will be evaluated by conducting specialized simulated crash test in the laboratory.

“Experts will check the fabric and the filler on toxicity, – said the Deputy head of Roskoshestvo Elena Saradzev – the Child often touches the device unprotected parts of the body. If fabric or padding are synthetic dyes or impurities, some of them can cause allergic reactions. If in the manufacture of components of the chair used volatile substances can also enter the body baby with breathing”.

Sberbank is considering to engage in online selling cars