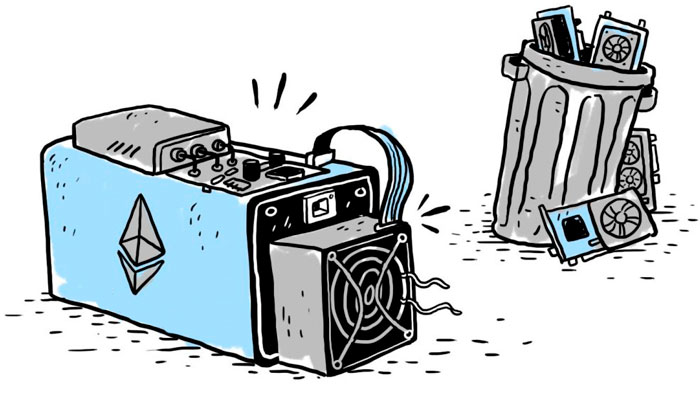 According to this documentation Thursday at the summit “a New era of mining” in China, the device Canaan 5.3 and 7.5 times greater than consumer equipment in terms of Watts on Megaherz per second, traditionally used to measure the efficiency of miners. As stated in the most Canaan, new ASIC miner is not a development company as such, but is distributed through its channels in China.

“It’s hard to explain, but this product was not designed and was not created by the engineers of Canaan. He sold our house team and I’m not an official product of Canaan on a world scale”, – said the representative of the company.

Used in Ethereum algorithm Ethash was created with a focus on reducing the benefits of ASIC-miners in front of the public equipment that is supposed to serve to increase the availability of mining and decentralization of the network.

Last year, another Chinese manufacturer of equipment for mining cryptocurrency Bitmain announces Antminer F3 to Ethash, which is essentially an upgraded GPU miner and at the time of launch surpassed the public equipment only twice.

In response, the Creator of Ethereum, Vitalik Buterin said that the ASIC miners do not threaten the network, and refused to change the algorithm so that the hardware manufacturers went from 6 to 12 months to adapt to new conditions, as it will distract the developers from more important work.

“It’s not bitcoin. Miners here do not control. If the day will come when Bitmain will be holds much of the computing power and they will try to use them to the detriment, we will accelerate the development of Casper and will deal with the remaining bugs”, he said.

Currently, the Ethereum developers are also considering the implementation of algorithm ProgPOW, which will allow you to adjust the ASIC – and GPU-miners, before switching networks to the mechanism of consensus Proof-of-Stake. If the removal of existing differences and final approval ProgPOW can be integrated into the code of Ethereum, along with a hard fork in the next year.

Publication date 27.09.2019
Share this material on social networks and Express their opinions in the comments below.

Trader: Bitcoin is now more stable than in 2018