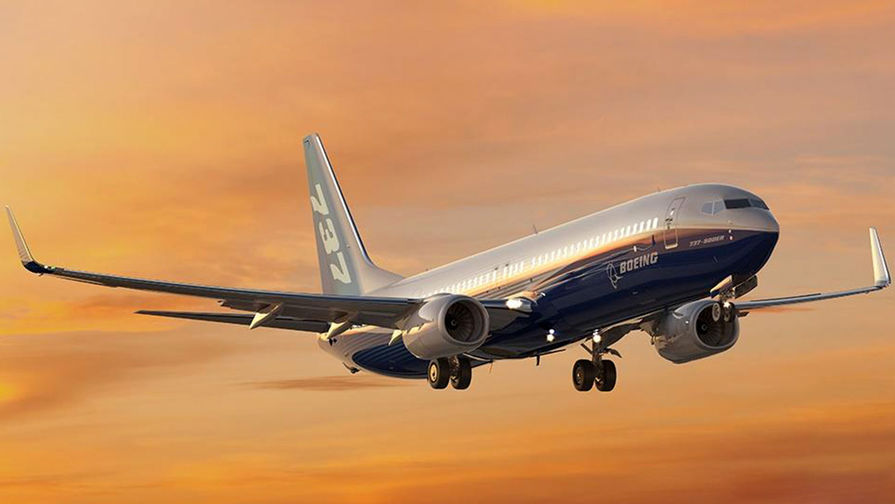 In the popular Boeing found hidden cracks that can lead to disaster. The American authorities have already appointed check, it faces new challenges for corporations and carriers.

And never recovered from the damage caused by the global rejection of the MAX family aircraft, the American Boeing Corporation might be faced with the second since the beginning of global problem with their planes with cracks in their design.

This time the problem concerned the previous generation of aircraft Boeing 737NG, which is presented on the market four options with the notation of the -600, -700, -800, and -900.

According to him, this case was of concern because the crack was found in a relatively new plane.

According to another source the Boeing company reported the incident to the Federal aviation administration (FAA) last week,

after similar cracks were identified on multiple other planes.

In the Corporation confirmed the existence of the problem. “Safety and quality are our priority. Boeing was notified by the Federal administration and is in contact with the operators of 737NG on the cracks found on a small number of aircraft undergoing upgrades. Flying on the sides of the cracks were found. In the coming days we will work closely with our customers to provide recommended inspections for certain airplanes. The problem is not the family of MAX and P-8 Poseidon (anti-submarine aircraft),” said the company.

Aviation U.S. authorities also confirmed the existence of the problem. “The FAA will require operators of some Boeing 737NG to conduct a search of cracks in the structure. Boeing has informed us about the incident after discovering the cracks in the modernization of the former in the difficult operation of the aircraft. Subsequent inspections found similar cracks in a small number of other aircraft. The FAA will require operators to conduct special inspections to make the necessary replacement and report the results immediately,” said the FAA.

The identified cracks have not led to any incidents with the flying aircraft, although it is safe to say that the liner with these defects operates regular flights before the problem was discovered.

According to a source in the US government, is not yet known the scale of the problem, it is difficult to say what consequences this will lead we can talk about visual inspection of all airplanes and even a temporary suspension of flights.

Aviation history knows cases, when the accumulation of fatigue fractures in elements of aircraft led to the disaster, and even the decommissioning of certain types of aircraft.

Such cracks, time has not seen, led to several crashes of Soviet passenger An-10.

After the disaster at Kharkov proved that the wing collapsed due to the reduced strength of the stringers, which were formed fatigue crack. Shortly, the state Commission decided to remove the lines, all available An-10.

Boeing 737 Next Generation — one of the most popular planes in the world, many of these aircraft are in operation and Russian companies. The Assembly of this family flying for half a century the popular Boeing 737 began in 1996, the last plane left the Assembly hall in the city of Renton last summer. Just 22 years of production was ordered more than 7 thousand of these aircraft, the most popular modification was a 737-800.

Should you be afraid of

“Now to do evaluation, than it can threaten the 737NG operators, including Russian, is premature. Must first be conducted over a large-scale test fleet, and aviation authorities have to make a decision: whether to hold examinations as planned

or to suspend flights to the inspection,

— explained “Газете.Ru” the Executive Director of branch Agency “AviaPort” Oleg Panteleev. — Anyway, the inspection of a large number of aircraft will allow us to identify patterns: what VS is cracked, whether this is due to a specific batch of material from which made the item, with the features and operation of specific aircraft, or is it a design defect. In any case, Russian airlines have to wait for the emergence of airworthiness directives or bulletins”.

Cracked liners can become a new problem for Boeing, a serious blow to the reputation of which was the withdrawal from service this year, all of the 737 MAX.

Flying Boeing 737 MAX was suspended in the spring due to the fact that less than a year crashed two aircraft of this type.

First in Indonesia in October last year, the second in Ethiopia in March. In total, in two plane crash killed 346 people. A consequence of the previously shown similarity of incidents in both ships before the fall of the failure given by the automatic control system MCAS. The world’s airlines asking compensation from Boeing for the delay of orders and losses caused by disasters with the participation of the 737 MAX. Chinese carriers have already estimated their losses due to downtime liner $500 million.

In the United States was another death from vaping

Donbass will receive the status of Ukraine signed "a formula Steinmeier"