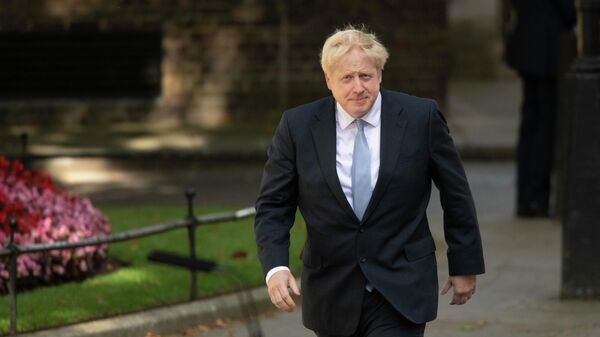 Denis Voroshilov. British Prime Minister Boris Johnson confirmed in a telephone conversation with U.S. President Donald trump London’s position on Syria, the parties have agreed that Turkey’s actions could lead to a humanitarian disaster, told reporters the official representative of the office of the British Prime Minister.

President Recep Tayyip Erdogan announced on Wednesday the beginning of military operation “the Source of peace” in Syria, directed against the PKK and the terrorist group “Islamic state.”* Turkish air force launched a military operation, causing air strikes on the city of RAS al-ain in the province of hasakah. In response, the Kurds fired several Turkish cities on the border with Syria. Foreign Minister of Britain Dominic Raab said Wednesday that Turkey’s actions create a risk of destabilization of the region.

The conversation between Johnson and trump was held on Wednesday evening, they discussed international issues and bilateral issues.

“The leaders expressed concern about the invasion of Turkey into northeast Syria and the possibility of a humanitarian catastrophe in the region”, – reads the statement of the representative of the office.

“The Prime Minister declared that is disappointed by the statements of the USA about the introduction of duties on imports from Britain and the EU in the framework of the dispute of Boeing and Airbus, which will be detrimental to many sectors and, in particular, producers of Scotch whiskey. The Prime Minister asked the President not to impose duties”, – stated in the message.

The parties discussed the situation surrounding the death of British teenager Harry Dunn in a car accident involving the wife of an American diplomat.

“The Prime Minister asked the President to change the attitude towards the female party to the accident in order that she could return to Britain for cooperation with the police in order to allow the Dunn’s family to get justice. The President said that he was aware of the matter, he deeply regrets the incident and expresses condolences to the parents of Harry. The leaders agreed to work together to find a solution to this problem in the near future”, – stated in the message.

The accident, which killed 19-year-old Dunn, occurred on August 27. The teenager’s motorcycle collided with a car near the air base Groton in the County of Northamptonshire in Central England. According to police, the wife of a diplomat Ann Skulas, leaving the base, left by mistake into the oncoming lane, where it collided with a motorcycle Dunn. After the accident, the woman left the scene of an accident, hastily flew to the United States and were endowed with diplomatic immunity, allowing her to escape justice. Foreign Minister of Britain Dominic Raab asked on Tuesday of the US Ambassador in London woody Johnson to reconsider and “do the right thing by the family of the deceased”.

* banned in Russia as a terrorist organization.

Porsche Panamera received a jubilee performance of the "10 Year Edition"