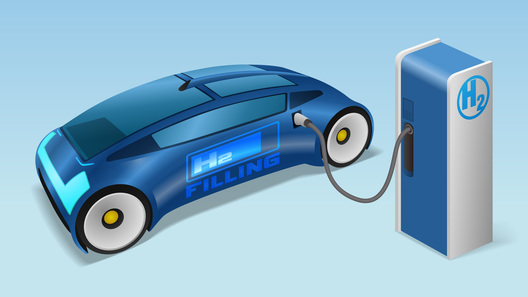 It tests on the ground is scheduled for February of 2020, in may, the developers will test the installation for trucks, and until, October 21-23, will show the prototype, built on the basis of the car of the Russian manufacture, at the forum “Open innovation” in the innovation center “SKOLKOVO”.

Will represent the new scientists of the competence Center NTI new technology and mobile energy sources, based at the Institute of problems of chemical physics of the Russian Academy of Sciences (IPCP RAS, Chernogolovka) – they have developed a hydrogen fuel cell for passenger electric vehicles, which will be presented at SKOLKOVO. TASS on Thursday reported the head of the center Yuri Dobrovolsky.

Specialists of the Center have created a power plant that is able to charge the battery during the movement of electric vehicles, and in the future and cars on gas fuel, prolonging the duration of the run. “The time that you can extend the duration of the run depends on the flow speed and road conditions. If the car is constantly in motion, it consumes energy from your battery, and therefore its charge is recovering more slowly. In conditions of traffic congestion will save the battery, and thus the operating time will increase. According to our calculations, the mileage can extend 1.5-3 times”, – said Dobrovolsky.

Hydrogen fuel cell consumes 7 liters of fuel per day, this amount is enough for 500 km. To operate these vehicles will need a network of hydrogen filling stations, which are also developing in the Center of competence of STI in Chernogolovka. In the case that hydrogen cars will be serviced at the gas filling stations, the cost of hydrogen fuel will be comparable with gas, said the Agency interlocutor.

“Now we are developing a system in the presence of gas stations where the cost of hydrogen is much cheaper than gasoline and close to the price of natural gas. If hydrogen is brought from the plant in pure form, it would certainly be more expensive due to the many extra stages, but when embedding hydrogen stations in the system, CNG filling stations, the price becomes comparable to the cost of gas,” – said the scientist.

Testing of passenger car with a hydrogen fuel cell at the landfill is scheduled for February 2020. Status pre-production prototype for the first commercial passenger electric cars, the installation may get in the summer of 2020. However, the massive introduction of technology will only begin after the infrastructure, say the authors.