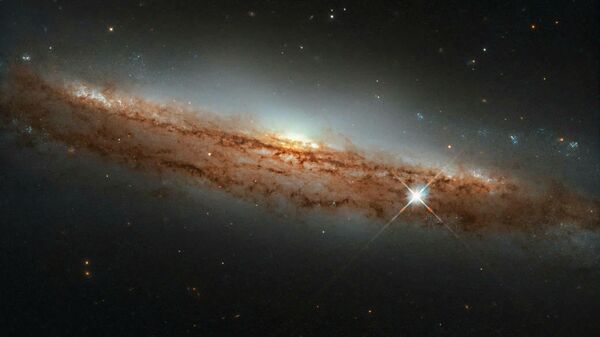 NASA published a picture of a spiral galaxy, which was made using the space telescope “Hubble”.

This galaxy lies about 60 million light years from Earth and is in the constellation Hydra.

According to scientists, in most cases, spiral galaxies have the shape of a “thin pancake”. Despite this, they are within a bright, spherical bulge, filled with stars.

So if you look at these galaxies from the side, they look like flying saucers, the scientists explain.