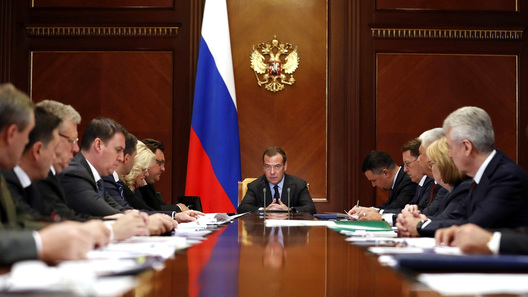 The interior Ministry and the Ministry of health has already agreed to the January 2020 remove all questions on the scheme of exchange of information on medical conclusions about the presence or lack of drivers medical contraindications or restrictions to management of vehicles. Whether this will facilitate the life of receiving the rights as intended, or, alternatively, complicate?

That such agreement was achieved at the Cabinet meeting dedicated to the execution of orders of the President and government of Russia, announced interior Minister Vladimir Kolokoltsev. However, he explained that the problem of information exchange between the departments has been discussed for several years, but all this time to develop a common position was not possible.

According to the Minister, last summer the interior Ministry from the Ministry of health received a draft report on the implementation of orders regarding the completion of creation of unified database of persons having contra-indications to management of vehicles. “As a mechanism for its implementation, our colleagues from the Ministry of health was requested to examine the interior Ministry prepared a bill which provides for the transfer of information in the form of an electronic document, in this case we are talking only about the results of medsaccutane on the admission of citizens to management of vehicles. Currently, this approach does not exclude from the process of the movement of drivers who have medical contraindications arose after obtaining a driving license. According to the law “About bases of health protection of citizens” information about those who have passed the medical examination, are stored in depersonalized form. That is, even after the adoption of our law we will not be able to verify medsaccutane in relation to a particular individual,” – said Kolokoltsev.

Recall that we are talking essentially about the document, known in common parlance as the “medical certificate on the right”, which (legally, of course) to many generations of Russian motorists had originally, and then from time to time pass a special Commission. Now, according to the initiative, the need for this will disappear if the Ministry of interior will be “automatic” to medical institutions of General profile the conclusion of suitability for driving a vehicle of an applicant for or re-issue of an identity, but without disclosing his medical history in General.

However, there is a reasonable concern that the health of any motorist, which is a medical mystery, will be the constant monitoring by law enforcement, resulting in rights at any time can be canceled as a result of a disease manifested itself after the “control” conclusion. However, in the statement of the interior Minister, as you can understand, contains the statement that after reviewing body of police with an electronic medical certificate, it will be anonymized and stored in this way, eliminating the possibility of further control by the traffic police for human health.

“Today, Veronika Igorevna [Skvortsova] has put points over i and reached a verbal agreement that these issues we have will be lifted from January 2020, when private medical organizations will electronically provide information to all other departments. We are extremely interested in the fact that, finally, <…> to put a fine point on this issue,” – said Kolokoltsev.