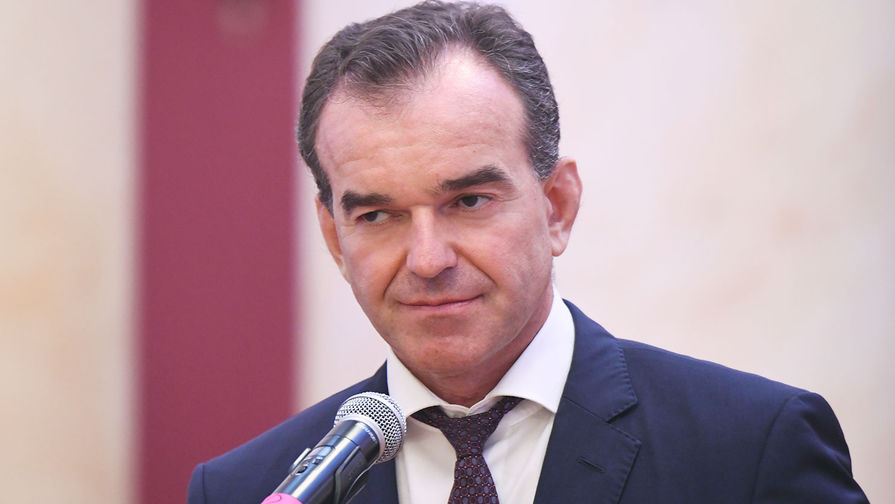 Krasnodar Governor Veniamin Kondratiev gave advice to the deputies of the Verkhovna Rada from “Kuban”. According to him, before dreaming about “Ukrainian Kuban”, you need to ask the opinion of the inhabitants of the region. He also invited them to a local University to listen to lectures about the history of the Kuban Cossack army. Not for the first time in Kiev want to “return” to the Kuban.

The Governor of Krasnodar Krai Veniamin Kondratiev suggested that the group of MPs who want to “return Kuban”, to ask the opinion of indigenous Kuban for this reason, RIA “Novosti”.

“I was advised to ask the inhabitants of the Kuban, Kuban indigenous, whether they consider themselves ethnic Ukrainians, while Kuban is ethnic Ukrainian territory, if they want to start, where to go back?” — said the head of the region in response to the proposal of the Ukrainian inter-factional Association “Kuban”.

According to Kondratieff, he was invited to Ukrainian parliamentarians in the Kuban state University to hear a professional course of lectures “history of the Kuban and Kuban Cossack army”.

The Governor also expressed the hope that members of Parliament will not continue to voice such an absurd idea. He also said that the first Cossacks, the peasants fled to the southern lands of the Russian Empire from all the provinces and “it is difficult to say what nationality they were.”

“Cossacks of the Kuban, once again, pay attention, living on the Russian land, the land of their ancestors, which they defended with their lives and poured their blood,” added the Governor.

Interfactional Union “Kuban” was created in the Ukrainian Parliament on Thursday, October 17. Deputies proclaimed a policy of “return of the Kuban to the Ukraine”.

“Our goal is to develop a policy for the return of the cultural, political, social field, the Ukrainian ethnic territories and ethnic Ukrainians. First of all take care of the Kuban” — said the member of “European solidarity” Alexey Goncharenko. The group “Kuban” included 13 deputies out of 400 people.

Not for the first time in Kiev, there are calls to “return” to the Ukraine, the Kuban’, because there is supposedly Ukrainians live. In January 2019, the head of the “National body” and the commander of the neo-Nazi regiment “Azov” Andrey Biletsky declared among the Kuban there is a “rather high level of Ukrainian national consciousness”, and Kuban, together with the Caucasus, should become Ukrainian.

“Bingosupermarket, existence outside of the borders of Ukraine, even Ukrainian SSR, resulted in a total of slovakization, colonization and Russification of these territories”, — said the Ukrainian radical. Biletsky has admitted that the inhabitants of the Kuban are not interested to go under the jurisdiction of Kiev. According to him, such initiative is not “successful public project.”

A few months later, the then member of Parliament Eugene rybczynski suggested to give Ukrainian passport in the center of Moscow. According to him, Russia is home to many ethnic Ukrainians, especially in regions such as the Kuban, Tyumen oblast and Moscow.

“If there is a war, and against us are undiplomatic, we must answer as undiplomatic. There are Kuban, which is ethnic Ukrainian, Ukrainian Tyumen. And in Moscow, the Ukrainians lives so much that we cannot even imagine,” said he.

Around the same time about the plans for the capture of Krasnodar Krai and Voronezh and part of Rostov region, said the former head of the banned in Russia as extremist organization “Right sector” (an organization banned in Russia), Dmitry Yarosh. Radikal noted that Ukraine allegedly has the potential to capture these Russian territories.

“If we touch the Donbass — is, of course, the liberation of the territory and its sweep of all the destructive anti-state element Is the return of the Crimea, of course, because without this victory can not be. At least in the boundaries of the state in which we lived until recently, before 2014”, — he stressed.

The Crimea returned to Russia in 2014, according to the results of the referendum.

Some politicians speaking about the “return” of territories, decided not to be limited to Western Russia. Freelance Advisor Poroshenko, a political scientist Oleh Medvedev expressed a desire to Ukrainize the Russian far East. He stated that the range of territories where people speak the Ukrainian language is constantly expanding. The analyst believes that this fact shows the willingness of the population to “soft Ukrainization”.

“You can see this dynamic over the years. But perhaps somewhere there is a limit beyond which this process is exhausted. I would like it to be in the Green Wedge (the area to the South of the Russian Far East, which in 1917, immigrants from Ukraine were trying to make the far Eastern Ukrainian Republic. — “Газета.Ru”). At least in the Kuban. But it happens in the Donbass,” he said.