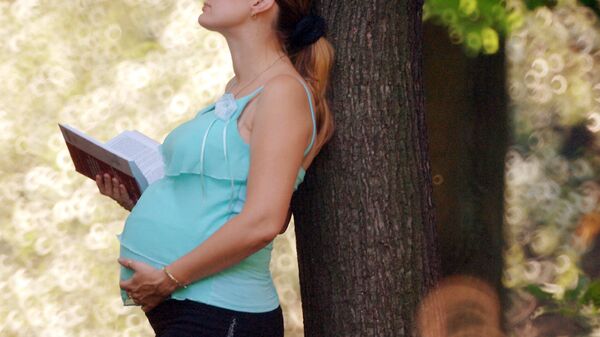 The researchers analyzed the brains of middle-aged women and found that parous he looks younger than that never had children. This is due to the fact that the protective mechanisms included in the body of the mother, are valid for the whole life. The study is published in the journal Proceedings of the National Academy of Sciences.

During pregnancy and the first weeks after birth in a woman’s body is undergoing profound changes including the brain. Its ductility increases sharply, the restructuring of neural connections, includes powerful mechanisms of adaptation, ensuring the health of the mother and offspring.

It is known, for example, that the period of gestation the brain of pregnant women is reduced and then recovers within six months after birth.

In the scientific literature has repeatedly suggested that the neural changes that occur at the stage of pregnancy, can go well beyond the postpartum period, continuing to exert a protective effect on the brain women throughout life, slowing the neurobiological processes of aging.

A group of European scientists from the UK, Norway and the Netherlands decided to test this hypothesis. They have studied the structure of the brain in 12021 British women aged 54-55 years (9568 of them gave birth at least once in life, and 2453 did not give birth even once). Using machine learning methods, researchers have created an algorithm that allows doctors to not only detect the woman’s brain the traces of the changes inherent in pregnancy and to determine how much was childbirth.

The analysis showed that the brain parous looked younger. The biological age of their brains was 2-3 years lower than in nulliparous peers. And, more often than the woman gave birth, the greater was the gap between actual and biological age of her brain.

To exclude the influence of other factors, the researchers tested the relationship of biological brain age women with regard to their ethnicity, education, body mass index and age at first birth. No connection of these parameters, and also the factor of genetic variation with biological brain age was found.

To explain how neural changes that occur during and after pregnancy, affect subsequent brain aging women, the researchers suggest several hypotheses. This may be related to endocrine changes. It is known that hormones such as estradiol, progesterone, prolactin, oxytocin and cortisol affect brain activity, and their vibrations can have long term consequences for brain health. Perhaps microchemical reactions in the brain are fetal (embryonic) cells that remain in a woman’s body long after birth.