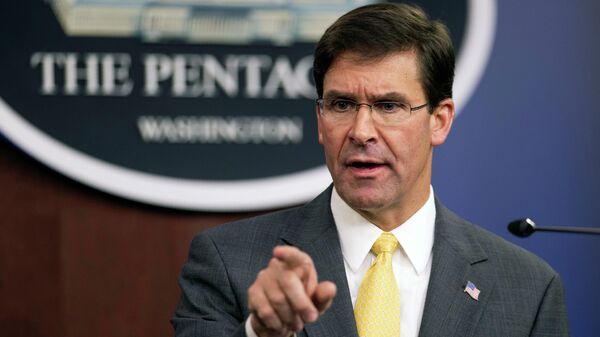 The Secretary of defense mark Esper said that in Western Iraq from Syria would send about a thousand American soldiers.

The Pentagon chief noted that the military will continue to campaign against the terrorist group “Islamic state”* to “help protect Iraq.”

“The withdrawal (of the troops. — Approx. ed.), the United States extends from North-Eastern Syria at a rapid pace, we’re talking weeks, not days <…> the Current plan of action is to relocate these forces in Western Iraq “, — quotes the Esper Reuters.

Also, according to him, the ceasefire in Syria “as a whole, apparently, observed” you can see “the stabilization of the lines.”

Ninth day of October, Turkey declared carrying out in the North of Syria “operation peace,” which began with air strikes by the air force on the positions of Kurdish groups. The goal is to establish a buffer zone, which should become a protective belt for the Turkish border. There, Ankara believes, will be able to return from Turkey to the Syrian refugees. Agency SANA called the operation aggression, the international community has condemned the actions of Ankara.

Thursday, October 17, the United States and Turkey said that it had agreed to suspend military operations of Turkey for 120 hours and the withdrawal of Kurdish forces from the 30-km buffer zone on the border of Turkey and Syria, which Ankara intends to control yourself. Turkish President Recep Tayyip Erdogan said Friday that Ankara will continue the operation in Syria, if the US doesn’t keep promises on the withdrawal of Kurdish forces beyond the security zone.

* Banned in Russia as a terrorist organization.