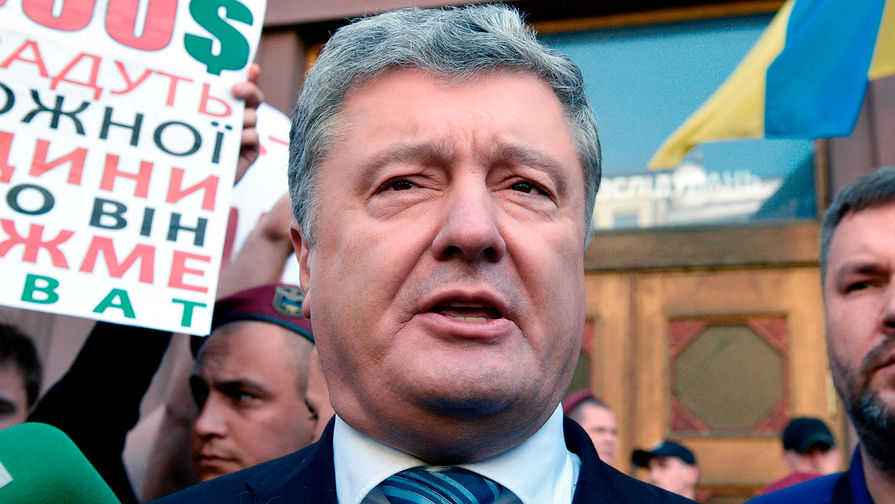 The ex-President of Ukraine Petro Poroshenko stole $1.5 billion seized from the previous head of state of Viktor Yanukovich, the euromaidan of 2014, said freelance adviser to the head of the White house Donald trump, Sam Kislin. Surname Poroshenko appears in 14 criminal cases, but the prosecution of his saves while the immune system, which will operate until January 1, 2020.

According to a statement from Sam Kislin made at a press conference in Kiev, excommunicated from power, Yanukovych was seized during special confiscation of around $1.5 billion, and divided between Poroshenko and his associates.

“Among these half a billion money of Yanukovych was not, and was arrested due to other people. The funds were allegedly seized in the budget, but the Treasury they were not included. 503 million was transferred through [the former curator of the military-technical sphere of Ukraine Oleg] Svinarchuk in favor of Poroshenko”, — said the native of the USSR Kislin.

Earlier media reported that on October 8 the President of Ukraine Vladimir Zelensky during a visit to new York to participate in the 74th session of the UN General Assembly allegedly met with Kalinin. The head of the office of the President Andrei Bogdan has denied this information.

The businessman also gave a rebuttal. According to the billionaire, he really wanted to hold a meeting with the Ukrainian leader, but it do not work.

“He was very busy, and every minute he was painted. I never met him,” said Kislin.

In the past month Poroshenko in an interview with Ukrainian “Fifth channel” expressed confidence that the new authorities in the country will not be able to put him in jail.

Former Ukrainian President called the current government “boys”. He noted that many people for years wanted to send him to jail, but no one’s come out. Moreover, the politician is sure that the court decisions in his favor will be a blow to the Ukrainian state and its leaders.

A few days before Poroshenko once again blew the call in the state Bureau of investigation to testify. In this regard, it will be sent the agenda again. We are talking about the case of possible intervention Poroshenko in the work of the judiciary of the country.

Currently, the surname Poroshenko appears in 14 criminal cases, but criminal prosecution of his saves while the immune system, which will operate until January 1, 2020.

Except for cases of interference in the judicial system, the ex-President of Ukraine is a witness in the investigation of money laundering of $300 million received at closing for the sale of ship-repair enterprises of the military industrial complex, “the Smithy on the Rybalsky”.

In mid-August, Kislin has accused the former President of Ukraine to withdraw from the country at least $8 billion As stated by the businessman, according to him, only through the company “Centrenergo” was derived from $700 to $800 million.

In the same month, Ukraine was filed for the trip of Poroshenko and his family to the Maldives in 2018.

Lawyer Andriy Portnov believes that the family of the former President illegally crossed the border with forged passports. He stressed that the facts to be established in this criminal case, will help identify new offshore, property, assets and accounts of former Ukrainian leader.

The billionaire was denied entry to Ukraine after he was told about the scheme of purchasing coal, which, according to him, in 2016 personally developed and implemented in the system of Ukrainian Petro Poroshenko. It was to buy coal not more than $50 per ton, and to earn on it $100 per ton.