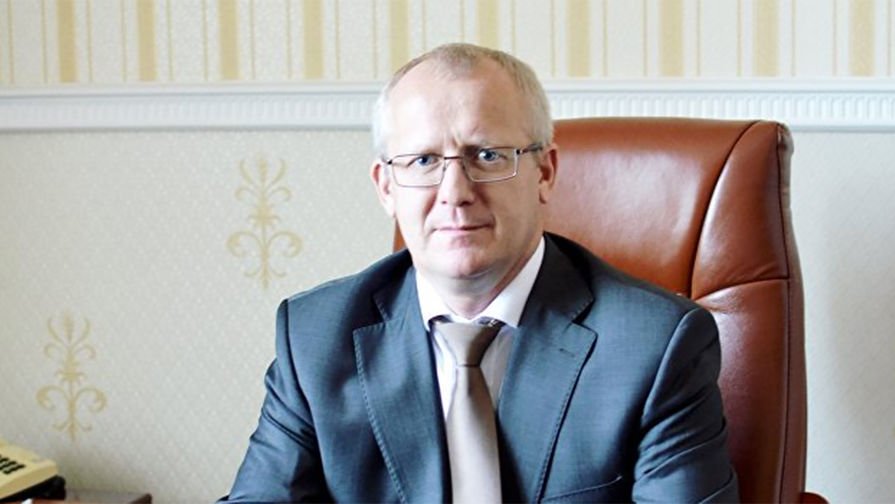 The SBU detained the former Deputy economic development Minister Yuriy Brovchenko on suspicion of treason. The consequence considers that he along with his accomplices entered into a contract with a foreign company for the manufacture and supply of weapons. The amount of the contract amounted to $16.5 million, with half of the money was siphoned off through offshore companies, and the supply never came true.

“October 22, counterintelligence of SBU in the execution of the decision of the investigating judge was detained at the airport “Borispol” the former Deputy Minister of economic development and trade of Ukraine”, — stated in the message.

According to investigators, Brovchenko, together with officials of the state enterprise “Ukrainian centre “Security” and state joint-stock holding company “Artem” acted contrary to state interests.

“They concluded with foreigners obviously unprofitable contract for the manufacture and supply of line for production of artillery shells, totaling more than $16.5 million,” — said in the SBU.

Then an advance of half the amount of the contract were sent to the accounts of fictitious offshore companies. In the end, the participants of the scheme were able to take the money and assign them to yourself.

While Agency staff noted that a foreign company did not deliver equipment to Ukraine.

As reports TASS, in 2010-2011 Brovchenko was the head of one of departments of Ministry of defense of Ukraine. He was involved in the disposal component of the fuel rockets and ammunition. In the next four years, the official held the position of Director of the Department of economy of defense and the Ministry of economic development, and for some time was Director of the mobilization division of the state concern “Ukroboronprom”, which also identified corruption.

A few days earlier the staff of the National anti-corruption Bureau (NEB) has detained the former first Deputy Secretary of Council of national security and defense Council (NSDC) of Ukraine Oleg Gladkovsky.

“NABOO confirms detention of former Deputy Secretary of the national security Council on suspicion of abuse of office (part 2 of article 364 of the criminal code of Ukraine)”, — stated in the message Department on the official page in Facebook.

The punishment for this offence can range from five to eight years of imprisonment with deprivation of the right to occupy certain positions or engage in certain activities for up to three years.

As reported “Ukrainian truth” with reference to sources, Gladkovsky tried to fly abroad, but he was not allowed. However, the publication recalls that he was “involved in a journalistic investigation of theft in the defense industry”.

Earlier in the program “Nashi Groshi” was information that a son of Deputy Secretary of national security Council Igor Gladkovsky was allegedly a participant of the corruption scheme. He, according to the media, orchestrated by the leadership of “Ukroboronprom” organized the delivery of smuggled items that was brought from Russia. And the cost of these parts, which were intended for military equipment of the state defence enterprises, was inflated three times. This allowed Gladkowska Jr. together with partners to make a multimillion-dollar embezzlement in the defense industry.

As passed “Strenia” Igor Gladkovsky solved “the high-level questions”. He allegedly coordinated the treaties, in particular through his father, who was a business partner of ex-President of Ukraine Petro Poroshenko.

In addition, the Ukrainian journalists in its investigation accused the State fiscal service of Ukraine, the military Prosecutor’s office and the NEB, in complicity with corrupt officials, reports TASS.

However, it is argued that the actions of officials led to losses in about 250 million hryvnias (more than $10 million).

After the publication of investigative journalism of the Kiev authorities ordered an international audit of “Ukroboronprom”. As promised previously, the current head of Ukraine Volodymyr Zelensky, the results of the investigation against the defendants should be released soon, said TASS.

In response to media reports that Gladkovsky detained in the party Poroshenko “European solidarity”, said that this is supposedly done in order to distract public attention from the protests that take place due to the signing of the “formula Steinmeier,” contributing to the implementation of the Minsk agreements.

“These events that took place today [October 17, detention Gladkovsky] touch… “formula Steinmeier”, surrender and withdrawal of troops. And if someone thinks that this show is fake and it will distract public attention from the surrender, he is mistaken,” said the co-Chairman of the faction in the Verkhovna Rada of Ukraine of the party “European solidarity” Arthur Gerasimov.

Earlier coordination “formula Steinmeier” in the Donbass in the Ukraine launched a series of protests under the slogan “No surrender.” It took the actions of Kiev supporters of nationalist views.

In addition, the Deputy, citing its own sources, reported that Gladkovsky in fact not detained — it’s just not out of the country. In addition, according to the parliamentarian, the incident is not connected with the case of “Ukroboronprom”.

However, on the same day, the press service of the Corporation “Bogdan motors”, whose President is Oleg Gladkovsky, said that former first Deputy Secretary of the national security Council declared a hunger strike.

“Gladkovsky calls the illegal detention and in protest against arbitrariness of law enforcement bodies declared a hunger strike. According to him, there are no restrictions on traveling abroad has never been. Summonses with calls on interrogation or investigation was not sent”, — stated in the message.