In one of the cloud layers of Venus can be microorganisms. This did not rule out a planetary scientist Sanjay limaye from the University of Wisconsin-Madison and a doctor of biological Sciences Oleg Kotsyurbenko of Yugra state University. They noted that this is not the only, but having the right to exist version. 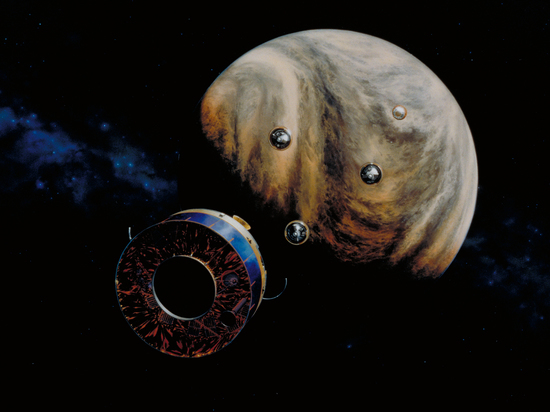 Venus and Earth were formed under similar conditions, have approximately the same volume and density, and even resemble each other in composition. However, the Land was inhabited and prosperous planet, while Venus is a ball of incandescent 462 degrees, the surface of which there is almost no water, and the atmosphere consists mainly of carbon dioxide and nitrogen. Today is the second planet from the Sun similar to fit for life a space object is a planet even smaller than Mars and some satellites of the gas giants, although it is a relatively “successful” for this distance from the Sun (though a bit closer than it would be optimal for getting into the so-called “zone of habitability”).

Experts recalled that the upper atmosphere of Venus is opaque, so still do not know everything that is under it. However, it is assumed that at a sufficiently large distance from the planet’s surface temperature can be relatively comfortable for living organisms, and the composition of the atmosphere be suitable for acidophilus, or kilocalorie bacteria like those on Earth occur in hot springs, craters and volcanoes on the sea bottom. Experts, which refers to RIA Novosti said that the biggest problem for organisms, like the earth, Venus would become too low pH environment.

Earlier many experts expressed the opinion that Venus could have much more to be habitable in the distant past. According to one of such assumptions that are favorable for living planet was able to stay three and a half billion years. 700 million years ago, according to the researchers, the situation changed because of the greenhouse effect Venus is rapidly warmed up and became what we see it today.