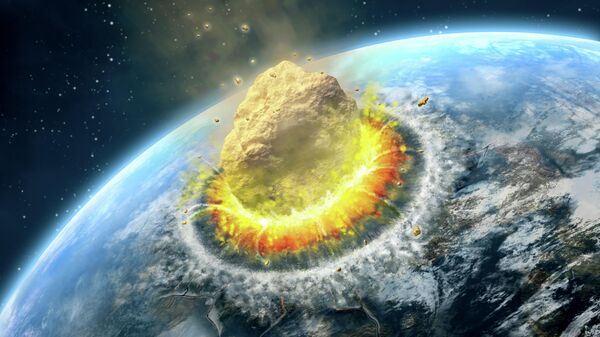 Alfia Enikeeva. According to NASA, the year with the Earth close about a thousand asteroids, but all were at a safe distance. Annually an average of seven celestial bodies reaches the earth’s surface. Serious damage they did not cause, but can scare you, as was the case with the Chelyabinsk meteorite. For known to us the geological history of the truly catastrophic collisions with asteroids and does not reach a dozen.

Under the ice shield of Antarctica, in the Wilkes Land area is a huge crater with a diameter of about five hundred kilometers. The researchers know of its existence since the 1960-ies. In 2009, after analyzing data from the GRACE satellite, the American scientists have confirmed: we are talking about impact craters resulting from collisions of cosmic bodies with the earth’s surface.

According to experts, this event happened about 250 million years ago, which coincides with the largest in the history of the Earth mass extinction — Permian. Then disappeared 96% of marine species and 73 percent of terrestrial vertebrates. Besides, the only time in the history of the planet was the mass extinction of insects disappeared almost 83 percent of types in this class.

The animals did not die instantly. According to a study at the University of Massachusetts, extinction took about 60 thousand years. Chinese scientists believe that time is much less and 90% of species disappeared in just a few thousand years. They finished off volcanic winter, the greenhouse effect and the acidification of oceanic water is the result of a sharp increase in volcanic activity on the territory of modern Siberia — the Siberian traps. As suggested by the group, analysed GRACE data, a vast outpouring of basalts from fissures could be a consequence of the impact of the asteroid that fell in the Wilkes Land area. This so-called antibody volcanism, known for the footprints on the moon and Mars.

However, there are alternative versions of the Permian-Triassic extinction event: a sudden release of methane, changes in the chemical composition of seawater, ocean currents and even drop another asteroid — on the territory of modern Australia. 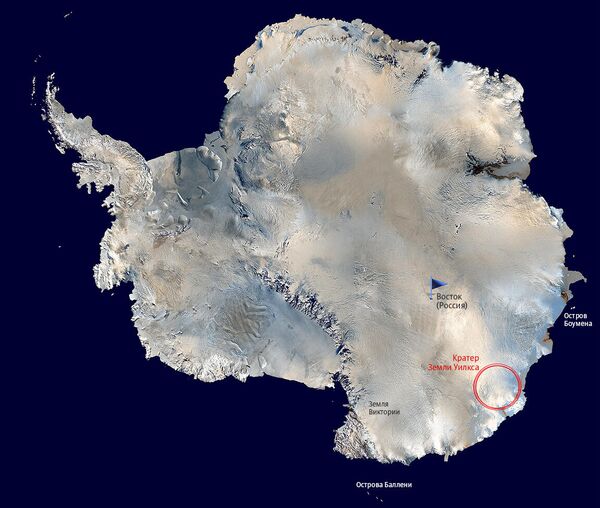 Many dinosaur species could disappear from the face of the Earth from a huge asteroid that fell 66 million years ago in the Yucatan Peninsula in modern Mexico. Then this place was a sea depth of at least 30 meters.

According to calculations of scientists, the asteroid impact at the seabed was comparable with the explosion of ten atomic bombs. A powerful tsunami height of several hundred metres have gone deep into the continents. Burned forests, the fires have spread to thousands of kilometers.

In the rocks at the point of impact vaporized sulfur-containing minerals. As a result, the atmosphere was no less 325 billion tons of sulfur, which caused global cooling. All dinosaurs, except birds, marine sauropsida (mosasaurs and plesiosaurs), flying lizards and many molluscs, including Ammonites and belemnites did not survive the cataclysm, died 16 percent of families of marine animals and 18% of families of terrestrial vertebrates. 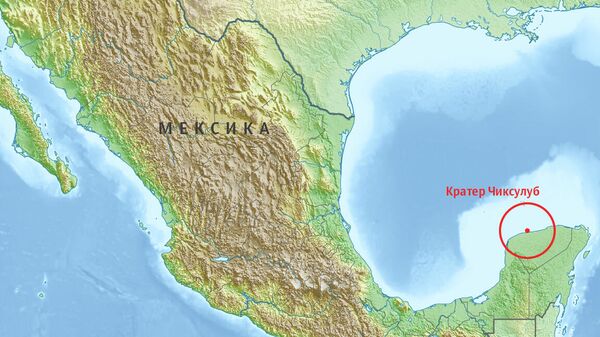 About 34 million years ago the planet has lost 15 percent of all animal genera. In the ocean became extinct most ancient species of cetaceans (archaeocetes), and on land — artiodactyls and equids.

In the book of Sergey Vishnevsky Institute of Mineralogy and petrography SB RAS is the hypothesis that the extinction was the result of a sharp cooling of climate, which in turn was caused by a fall two asteroids: in North America (the Chesapeake impact crater) and Siberia (crater Popigay). Analysis of the species belonging to this geological period, showed that the first mean annual temperature was rising, and then there was a powerful cold. By the time it coincides with the falling asteroids. 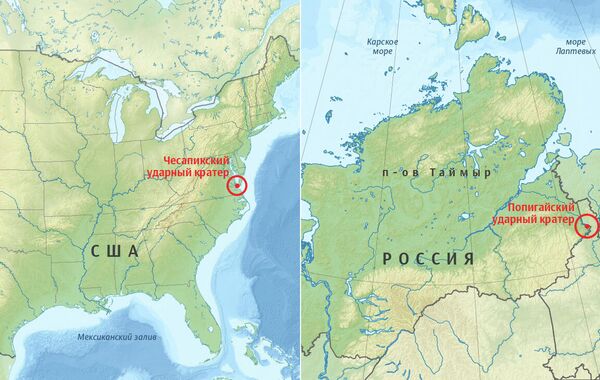 According to geologists from the universities of California and Texas, after the impact of celestial bodies on the earth because of the huge dust the atmosphere became less transparent to sunlight. Came global cooling, and not all animals have managed to adapt to dramatic climate change.

One of the last major extinction was about 13 thousand years ago. Then the planet has lost all its mammoths, large bison, and giant sloths. One of the reasons — the cold and the subsequent glaciation, which are known from the analysis of the ice cores of Greenland.

In 2007, researchers put forward the hypothesis that glaciation — a result of the fall of the asteroid or comet. Twelve years later, American scientists confirmed this by studying the concentration of platinum in several parts of the world. The fact that this metal in large quantities is contained in meteorites: if its a lot of rock, it may be talking about space shot.

Experts discovered layers with a high content of platinum in South Africa, Greenland, Western Asia, South and North America, and Europe. They all date from the same period — 12 680 thousand years ago.