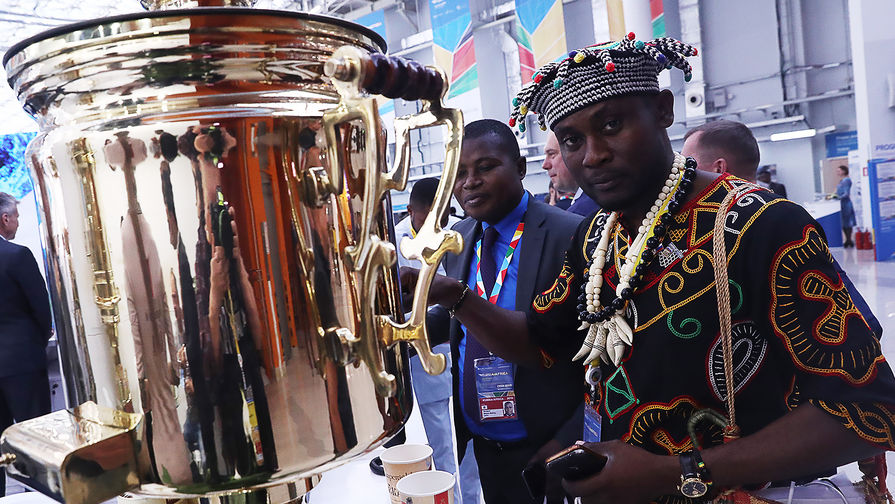 In Sochi hosted a two-day summit “Russia — Africa”. Although the major players on the African continent are China and the EU, Moscow has its own interest in expanding spheres of influence and begins to openly demonstrate. In the hands of Russia in this matter play and long-standing relations with African countries, and economic levers.

The first in the modern history of the summit “Russia — Africa”, where observers will see the sign of the return of Moscow to the proactive African policy, was held in Sochi.

The two-day event was attended by 43 African leaders, including Nobel peace prize laureate President of Ethiopia, Abia Ahmed Ali. His Nobel prize, the head of Ethiopia — a long-term ally of the Soviet Union on the continent — received for the conclusion of peace with neighbouring Eritrea.

Despite the fact that the continent in the minds of Europeans is predominantly associated with war, poverty and numerous coups, there is another Africa — growing and dynamic region, which offers a lot of opportunities for expansion of political influence and business practices.

From “Kalash” to education

Active cooperation of Moscow with Africa began during the Soviet era — in the 1960-ies the Union supported anti-colonial aspirations of African countries.

The relationship was based on ideological principle: the regimes that have supported the Soviet Union, proclaimed the “socialist” orientation, which enabled countries to obtain grants, as well as Soviet weapons and support military personnel. The humanitarian component was also significant — Moscow built schools and hospitals, free trained doctors and teachers.

Many went to study in the USSR of Africans became political activists upon returning home. So, at one time a small African nation of Mali was headed by the former graduate of the Ryazan airborne school Amadou Toumani Touré. 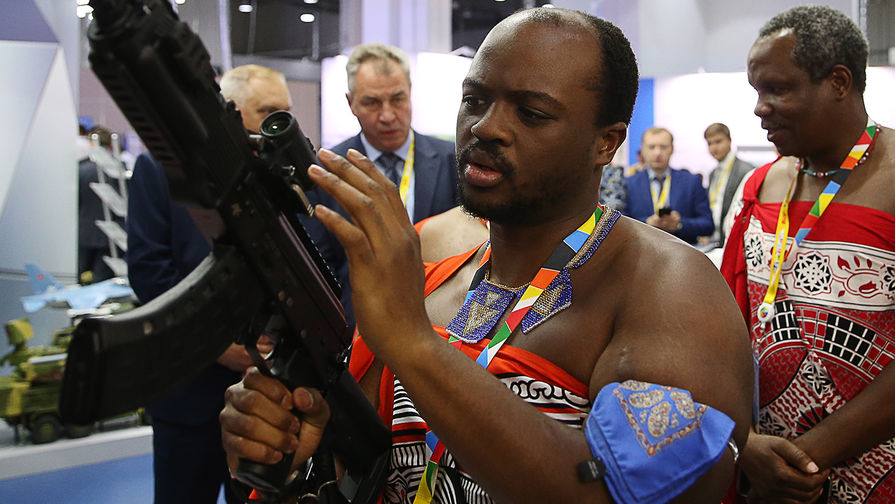 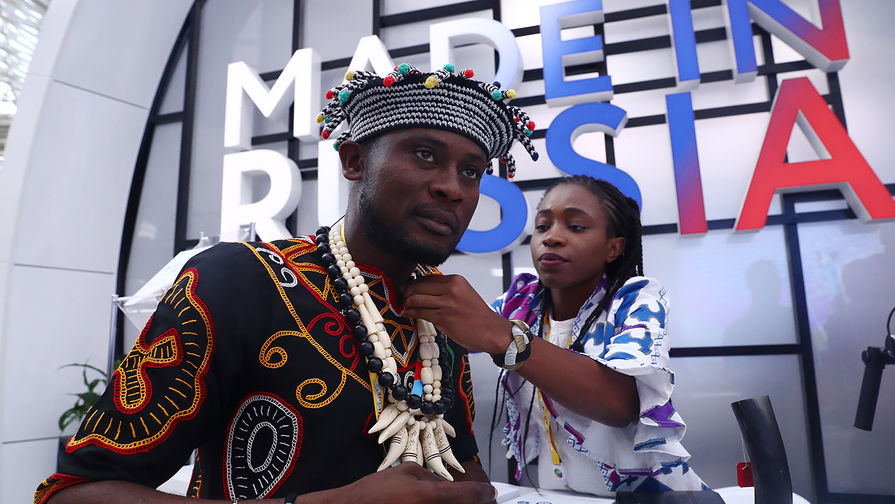 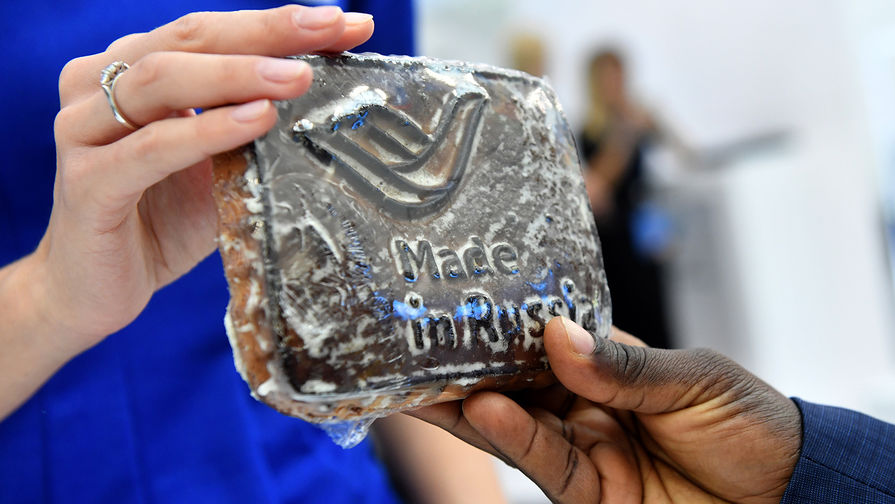 In the Soviet time in Africa, worked for hundreds of Soviet specialists. Stay on the continent was not the easiest experience.

“The first night I couldn’t sleep because my window was shot from the “Kalash”, — said in an interview with the late journalist Sergei Dorenko, who worked in Angola in Soviet times as a translator.

Then in Angola was years of bloody conflict between Pro-Soviet government of Jose Eduardo DOS Santos and the radical rebels, who were supported by the West. Today Angola is one of the countries that are actively acquiring Russian weapons and equipment. She is among the three largest buyers on the continent after Algeria and Egypt.

As previously said, the main Advisor to the General Director of Rosoboronexport, Yuri Demchenko, Africa accounts for a third of all Russian export weapons. According to the Federal service for military-technical cooperation, the volume of orders for Russian weapons is $14 billion.

As said Vladimir Putin at the opening plenary of the summit, Moscow has signed agreements on military-technical cooperation with more than 30 countries.

For example, only in the forum “Army-2018” in Moscow Kubinka, agreements were signed on military cooperation with the Central African Republic and Burkina Faso.

As noted by The Moscow Times

Russia “filled the niche left by Western governments, fearing a negative reaction of the electorate on possible cooperation with Africa in the military field”.

At the same time of the supply of Moscow is free of charge, as noted during his speech the President.

Education of immigrants from African countries, including the military, is a kind of “soft power” of Russia, the formation of friendly-minded elite.

Currently, according to the Rossotrudnichestvo in Russia learn 17 thousand students from almost all countries of Africa.

“Investment in human capital is the ability to increase the competence of the Africans, giving them relevance in various fields,” — said in an interview with “Газетой.Ru” Natalia Zaiser, expert club “Valdai”, the President of the Union of “African business initiative”.

Here, however, Russia as well as in other areas, must compete with China, which for many years working on the African continent. As once the Soviet Union, China builds in Africa, bridges, hospitals and schools, builds businesses and military bases.

Beijing has become a leading investor in the region, and the volume of bilateral trade of China with African countries to 2018 amounted to more than $200 billion against $148 billion in 2017. With the help of Chinese investors a new infrastructure. While China acquires the ability to develop large resource projects in these countries: China takes a significant proportion of the resources of Africa. However, some economists say on the entry of African countries into the “debt trap” of China. Thus, Angola has paid to China for the financing of infrastructure projects in crude oil. Consequently, the volume of “reckoning” grew with the decline in oil prices.

In addition, many projects for China in Africa is, above all, gaining political influence.

“The Chinese are in Africa not doing anything just because” — indicates in a conversation with “Газетой.Ru” Russian diplomatic source, who worked in Africa.

In Moscow today there is hardly an opportunity to compete with China in Africa in the economic sphere, however the potential for cooperation with the continent remains significant.

According to the Federal customs service, Russia’s trade with African countries in 2018 amounted to $20.4 billion, an increase compared to 2010, the year four times. Growth helped U.S. sanctions and the EU: Moscow began to actively diversify exports. Among the key partners of Russia in trade-economic terms, it is possible to allocate Algeria, Angola, Ghana, Guinea, Egypt, Zimbabwe, Republic of the Congo, Morocco, Mozambique, Namibia, Nigeria, Sudan, Tunisia, Uganda, Ethiopia and South Africa, said “Газете.Ru” in the Department of information and press of the Russian foreign Ministry. All of them are functioning intergovernmental Commission on trade-economic cooperation.

Two days in Sochi, Russia and Africa signed more than 50 agreements on 800 billion rubles, reports RIA “Novosti” with reference to the adviser of the President of Russia Anton Kobyakov.

As noted in the recently released book “African dream Putin and a new dawn” journalist-historian Kester Klomegah, Russia has “support for the development of critical infrastructure and manufacturing industries, creating opportunities to expand trade and participate in export of Africa’s natural resources”.

African countries are also included in a small number of buyers of non-oil goods, including engineering products — on the roads of many countries in the continent, you can meet Russian cars and trucks. In African countries come and companies of the Russian IT – industry. In the fall of 2018 to the markets of côte d’ivoire and Ghana out of service Yandex Taxi.

In Africa there is a growing interest in cooperation with Russia with the involvement of a wide range of countries in the sphere of high technologies, including nuclear and space industries, said “Газете.Ru” in the Department of information and press of the Russian foreign Ministry.

“In particular, Rosatom is actively working on promotion in a number of African countries projects use of nuclear energy for peaceful purposes, the construction of the centers on the basis of a multi-purpose research reactors and eventually nuclear power plants. There is also the treatment of African partners in implementing the projects of creating the national satellite communication and broadcasting”, — told the Agency.

Many new technologies, Moscow does not forget about the old levers. One of them is the cancellation of the multiple debts of the Soviet time. As stated at the forum Putin, Russia has written off Africa’s debt, more than $20 billion. in addition, the President stressed that last year Russia has allocated through the world food programme to the needs of the support of African countries and $5 million.

Maintaining old relationships, modern Russia is actively developing new, not looking for ideological component. After the military of the Sudan in April 2019 ousted long-time leader of that country Omar al-Bashir, Moscow began to establish relations with the new leadership.

Moscow’s approach to Africa is also trying to oppose its purpose the ideas of the “collective West”. Balm for the soul to African leaders gathered at the summit, looked like Putin’s words that Russia is ready “not to the redistribution of the wealth of the continent, and to competition over cooperation.”

“They seek to exploit the continent without regard to people living here, and the environmental and other risks,” Putin said in an interview with TASS. According to him, the Western partners, maybe that’s why I try to prevent the arrival of Russia in Africa.