Greek scientists have announced that it has established the true cause of death of Alexander the great. In their opinion, previous versions of the colleagues that great conqueror died from malaria or pneumonia, are only speculation, since the symptoms of the disease such diagnoses atypical. But acute pancreatitis — this is just the disease that could lead to a two-week agony of the commander. 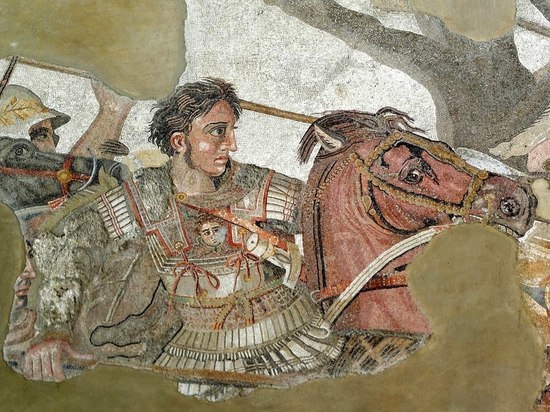 Dr. Thomas Gerasimidis, Emeritus Professor of medicine from the Aristotle University of Thessaloniki, and his team of scientists announced the results of years of study, in the framework of which was set possible cause of death of Alexander the great. Work on one of the greatest mysteries of history specialists started in 1995 and during this time have time to study the works of dozens of historians. After all, in the absence of the remains of the ruler of Macedonia, experts had to just focus on learning the symptoms that manifested from the great conqueror in the last days of his life.

Indications symptoms of pancreatic necrosis in Macedonian researchers found in the writings of Arrian, Ptolemy, Plutarch, Quintus Curtius and other historians of antiquity. Sources indicate that the disease of Alexander lasted only 14 days.

“She was accompanied by severe pain in the stomach after a heavy meal and wine, high fever and hallucinations,” writes Dr. Gerasimidis in their study.

The team also explains why it rejected other, previously expressed theory. Thus, the researchers argue that, although malaria and accompanied by fever, it usually does not cause death in this way and so quickly. The theory of the pneumonia was discarded since the disease is rarely accompanied by acute pain in the abdomen.

The work of Greek scholars could be considered as a sensation, if not one “but”. Diagnosis on alone the historical evidence, it is impossible to take seriously, say Russian archaeologists.

Where the body is Macedonian? – outraged archaeologist Vladimir Kuznetsov. – I doubt that it ever will have, so the search for the causes of death are meaningless. Historical sources have long been studied along and across. Nothing new they deduct impossible. So the death of the Macedonian is not a riddle, but a simple human death, and suck the thumb of sensation, primatives to the historical person, will not work here. That’s the same for hundreds of years people are trying to see the Egyptian pyramids something paranormal, and it’s just a creation of human hands.

– The list of diseases that could die Macedonian, can amount to tens, he said. – Intemperance in alcoholic drinks — is too ephemeral to make a diagnosis. Of pancreatitis of course you can die for 14 days. And for a few hours, too. And yet there are many gastrointestinal pathologies with similar symptoms.