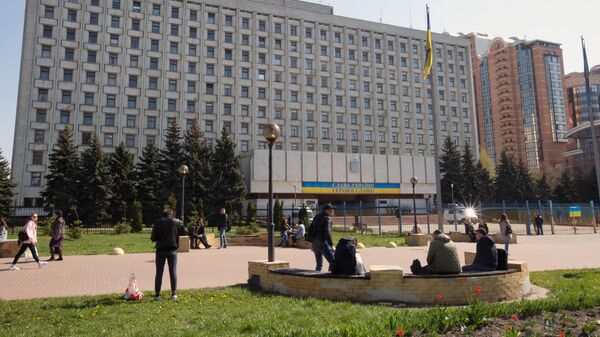 The new head of the Central election Commission of Ukraine Oleg Didenko believes that at the moment there is no possibility to hold elections in uncontrolled Kiev territory of Donbass, for that the Parliament should adopt a special law.

“Can the elections in the Donbass in General? In my opinion, at the moment — no. Below them there to hold, it is necessary to ensure safety. Ukraine needs to take control of the state border, of foreign armed groups from the territory output”, – Didenko told in interview to the edition “Focus”, published on Friday.

In his opinion, it is necessary to legislatively settle the issue. “We have a law on the legal regime on the temporarily occupied territories, which clearly States that the elections on the temporarily occupied territories are not held. So at least theoretically, to talk about the elections in these areas, you need to take another law. It is the competence of the Verkhovna Rada. What she will prescribe procedures that provide for, while difficult to predict,” – said the CEC head.

Didenko also said that the resumption of work of structures for the maintenance of the register of voters is one of the key issues that will have be addressed before the elections in uncontrolled Kiev territory of Donbass.

“The question of how to define a mechanism for updating the register of electors on the temporarily occupied territories have not been studied. I think if we will work on the draft law on elections (in the Donbas – ed.), the CEC also will take part in this process. We will offer some effective way,” said the CEC head.

Previously the contact group on Ukraine agreed on a “formula Steinmeier”, according to which the law on the special order of local government in certain districts of Donetsk and Lugansk regions shall enter into force on a temporary basis on election day and on an ongoing basis – after the publication of the OSCE report on the election results. Then, Ukraine held a protest against approval of “formula Steinmeier”.