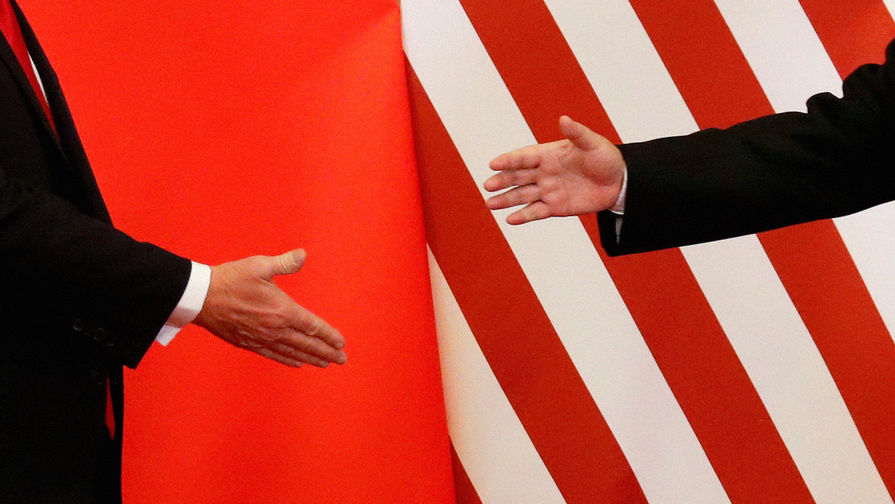 Vice-President Michael Penny said China rival America in several areas, but said that Washington is still ready for dialogue with Beijing. These words can be considered a continuation of the us signals to China in the field of trade negotiations. Meanwhile, China is under pressure from the US is actively increasing its ties with Russia in the defense sector.

Washington does not want confrontation with Beijing, and looking for cooperation on issues such as the economy and arms control, said the Vice-President of the United States, Mike Pence, speaking in Washington on Thursday. The official called China a rival of America.

“The US views China as a strategic and economic rival,” he said.

According to Pence, the last time China did nothing to improve relations between the two countries. At the same time Vice-President of the United States said that Americans want “China best” and treat its leaders with respect, despite the “numerous problems”.

As noted American media, commenting on the speech, Pence, Washington still leaves the door open for dialogue. At the same time, word about the competition, who publicly said the second man in the country, says that Washington is ready for a serious confrontation with China.

Pence in his speech was based largely on the provisions of the defense doctrine of the United States, in which China and Russia have called “revisionist powers” that challenge the United States.

Earlier, U.S. President Donald trump called China a threat to the world security. At the same time between the two countries have a trade war related to the US desire to seek from China more favorable terms for American goods. The confrontation lasts for more than a year since the summer of 2018. Then, Washington imposed duties of 25% on imports of Chinese goods total volume of $34 billion per year. Beijing has taken measures SLR.
In early October, the next round of trade negotiations, the results of which the parties agreed to postpone introduction of duties on Chinese goods entering the United States before October 15 — the day designated in the United States and China reached consensus on a trade agreement.

In the speech, Pence has expressed support for the protesters in Hong Kong, who for several months satisfied with the action of anti-Chinese character. In Beijing at the same time claim that the US is using the situation to pressure to get the lever in trade negotiations.

Economic pressure on China — the idea of trump, who has repeatedly stated that he will fight with the Chinese economic expansion in the United States during the election campaign. Recently, the American leader again called the China threat to the world.

Under pressure from Washington, China strengthens ties with Moscow. The Minister of defence of Russia Sergey Shoigu, who this week paid a visit to China, said that relations between Russia and China have entered a new era.

According to him, changes are noticeable in the Russian-Chinese strategic cooperation.

“The important role they play in the event of military orientation,” — said Shoigu.

The Minister’s words began to echo the recent sensational statement of Russian President Vladimir Putin that Moscow helping Beijing to build a missile defense system. Both countries often hold joint exercises in the far East and even create a joint military equipment.

In recent years, this cooperation has intensified. While economic ties between the two countries are still behind scale military projects. According to the FCS, in 2018, the turnover amounted to $108 billion In plans of the Russian authorities to increase it to $200 billion. This is an ambitious goal: while the main Russian exports to China remains the minerals, while the share of machinery and equipment is only 1%. Private Chinese companies are also not in a hurry in Russia, fearing us sanctions.