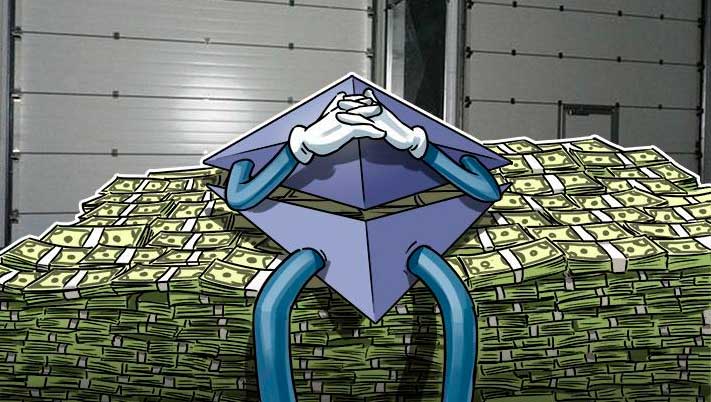 The current model of staking in the new blockchain Ethereum (2.0) steak requires a minimum of 32 ETH (which at current prices is equivalent to about $5200).

At the conference of developers of Ethereum Devcon Colleen Myers of company Consensys said that the validators with 32 ETH can count on per annum in Ethereum 2.0 to 10.4%.

Now Myers is developing a “Calculator Ethereum 2.0” application that will allow validators to calculate annual gross and net income (taking into account the cost of equipment and electricity).

“The calculator is designed for researchers, validators and enthusiasts with the aim to increase transparency in Economics Ethereum 2.0”, — he said.

Myers plans to release a calculator simultaneously with the launch of Ethereum 2.0, which is tentatively scheduled for the first quarter of 2020.

He stressed that the current figure of remuneration validators are not final, because the community is still discussing the parameters of the future updates.

“This assumption from the developer, but until we move to the Ethereum 2.0, no one will know the exact figures. Now they constantly tweak the calculations.”

One of the last sentences of the Creator of Ethereum Vitalik Buterin implies a sharp reduction in the number of “mini-blockchains” (shards) in the initial stages of deployment of Ethereum 2.0 — instead of the planned 1024 shards Buterin offers to run only 64.

This proposal was well received by researchers and developers, since the reduction of the number of shards will reduce the complexity of the network. However, this also means a decrease in the number of validators and common steak needed to protect Ethereum 2.0. Myers said

“If the number of shards will be reduced, you will need to increase the capacity of the validators. This is a higher class of equipment, which slightly increases the cost of participation in the validator”.

With these caveats Myers identified three important parts of the economic model of Ethereum 2.0:

According to the calculations of Myers, validators 32 ETH can earn up to 10.4% per annum, if the network starts from 2 million ETH.

The trust income for validators is unlikely to change, even if it is running only 64 of the shard. However, the calculation of “net emissions” (the term Meyers), which takes into account the cost of equipment will probably have to upgrade.

After the launch of the Ethereum 2.0 will require a greater number of validators to protect the network and ensure integrity of all participants.

In the first phase of the launch of the network (or zero phase) is introduced only one PoS blockchain: beacon chain. In the next phase (first phase) developers plan to launch 1024 (or 64) of other PoS blockchains (shards). According to Myers, for the protection of all these additional blockchains system will need a greater number of validators.

The growth of the overall steak Ethereum 2.0 the annual remuneration for each individual validator will decline. Diagram of the dynamic compensation ensures that the network will never be underestimated or pay for its security.

Even in an ideal scenario, when all the validators will have a steak 32 ETH in a network with 1024 shards, the total issue volume of air should not exceed 1% per year.

However, since the launch of the Ethereum ether issue was the constant subject of debate in the community. In contrast to bitcoin’s hard limit of 21 million coins, the supply of air over time will grow. Currently, the emission of air is about 4.5% (according to data ETHHub).

Emissions reached 18%, but in recent years has decreased significantly thanks to a series of system-wide updates (hardforce), in which the developers have reduced the reward for a block.

In Ethereum 2.0 new emissions policy aimed at ensuring a constant level of inflation is below one percent and thus the stability of the ETH in the long run.

Publication date 26.10.2019
Share this material on social networks and Express their opinions in the comments below.