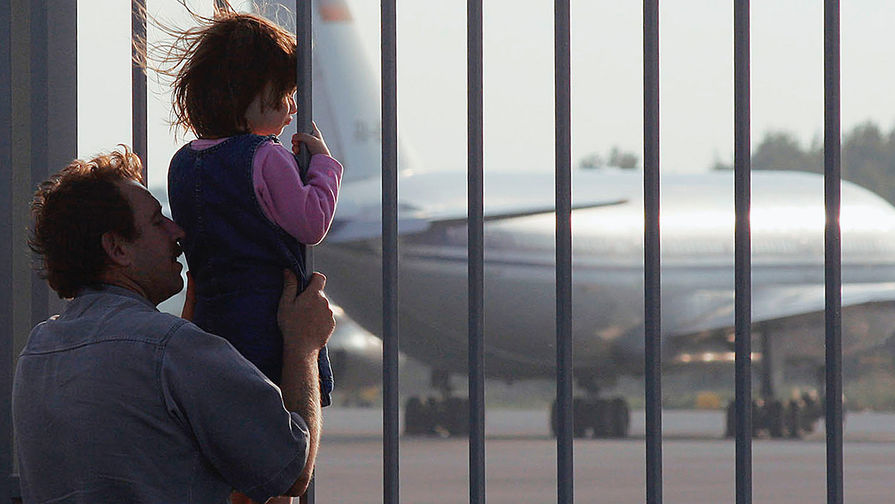 Prime Minister of Georgia Giorgi Gakharia said that the country’s budget lost about $350 million due to the fact that since July 8, was suspended direct flights with Russia. It was, as noted in the Kremlin, a necessary measure of the Russian government in response to mass protests. Meetings were held after the Russian delegation visited the Parliament of Georgia in June of this year.

Georgian budget due to the introduction of the Russian authorities temporary ban on flights between the countries lost $350 million this was stated by Prime Minister of Georgia Giorgi Gakharia at a meeting with inhabitants of the region of Samegrelo — Zemo Svaneti region, reports RIA “Novosti”.

“When in July, we Russians cancelled the flight, then the country’s budget lost $350 million Today Georgia’s income from tourism exceeded $2 billion Is real money.

Of them, probably only 3% go to Samegrelo. This is because there are no tourist products. Need to work on that”, — the Georgian Prime Minister urged residents of the region actively develop tourism.

Earlier, the Georgian authorities were more positively evaluated by the loss due to the reduction of tourist flow from Russia. According to the head of the National administration of tourism Mariam Kvrivishvili, in July and August, the country lost about $113 million

“In September we observed about 20% reduction of the tourist flow from Russia, it will definitely affect the private sector, business and the tourism industry”, she said in an interview with Imedi TV.

At the same time, the Georgian airports Association (OAS) reported that a temporary ban of direct flights with Russia significantly influenced the increment of traffic flow, which lags behind forecasts by 9-10% for the first nine months growth was expected to reach 14-15%.

After evaluating all the losses, the Georgian government has changed its attitude to Russia and has repeatedly expressed hope for the speedy restoration of flights between the countries. In particular, such opinion was expressed by the foreign Minister of Georgia David Zalkaliani.

In Russia expect from the Georgian authorities with concrete steps towards establishment of international relations. Earlier, the speaker of the state Duma Vyacheslav Volodin has noticed that the President, Salome Zurabishvili would cost to “apologize”. “A strong man always would do if he made a mistake or made a misstep, say something emotional. But if such acts are committed by heads of state, what kind of relationship can be discussed”, — said the MP.

He probably has in mind the statement of the President of Georgia stating that in the mass protests that took place in Tbilisi in late June, Russia is to blame.

“Russia is our enemy and occupier. I would like to say again that the split of the country and society and the internal opposition to anyone not going to the hand, except for Russia”, — she wrote in Facebook then.

However, the relevant steps of the Georgian authorities urged earlier, the Chairman of the opposition party “Democratic movement — uniform Georgia” the former speaker of Parliament Nino Burjanadze.

“Despite the fact that I am not in leadership, I am worried about the plight of our people and the economy in turn I do everything to solve this problem. However, there is a clear indecision of the Georgian authorities and the failure to take adequate steps in this direction”, — she wrote on October 17 in Facebook at the end of several meetings with representatives of the Russian authorities.

Burjanadze is sure that “Russia is ready to restore direct air links with Georgia”. But for this the Georgian government should “normally adequately” assess the situation and to “Express their interest” to restore the former relationship.

“Take that step! This is needed for the people and of the Georgian economy. The base is prepared: now every step will be enough for a quick solution to this issue”, — said the politician.

Direct flights between the two countries was temporarily banned from 8 July. This decision was made by the President of Russia Vladimir Putin on June 21, when Georgia held a mass opposition protests. They were held in the Georgian capital after the Russian delegation visited the Georgian Parliament at the opening session of the General Assembly of the Interparliamentary Assembly on Orthodoxy (IAO).

The Georgian opposition did not accept that Russian MP Sergey Gavrilov, according to the Protocol of the event, took the place of the speaker of the legislature, who at that time was out of town.

On the same day at the request of opposition forces, the delegates from Russia left Georgia. On the night of 21 June, protesters tried to storm the Parliament building, but met the opposition of forces. According to RIA “Novosti”, during protests injured 240 people, more than 300 were arrested.