Automakers are constantly looking for new ways to differentiate their models are interesting non-trivial solutions or options. Absurdly expensive, frankly ridiculous or, on the contrary, very sensible and useful “gadgets” to the car – in our review.

To the inexhaustible topic of options and accessories, we appeal not for the first time. Here are our other reviews about insanely expensive and the most unusual “extra”. 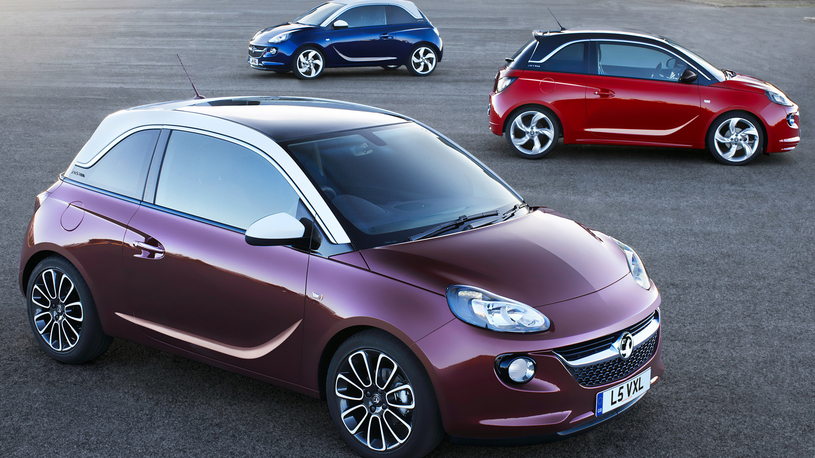 “Starry sky” on the ceiling no longer news: the same Rolls-Royce for more than ten years offers this option. The effect of the night sky create 1300 led lights on the black ceiling, that alone is worth such folly about $11 500! 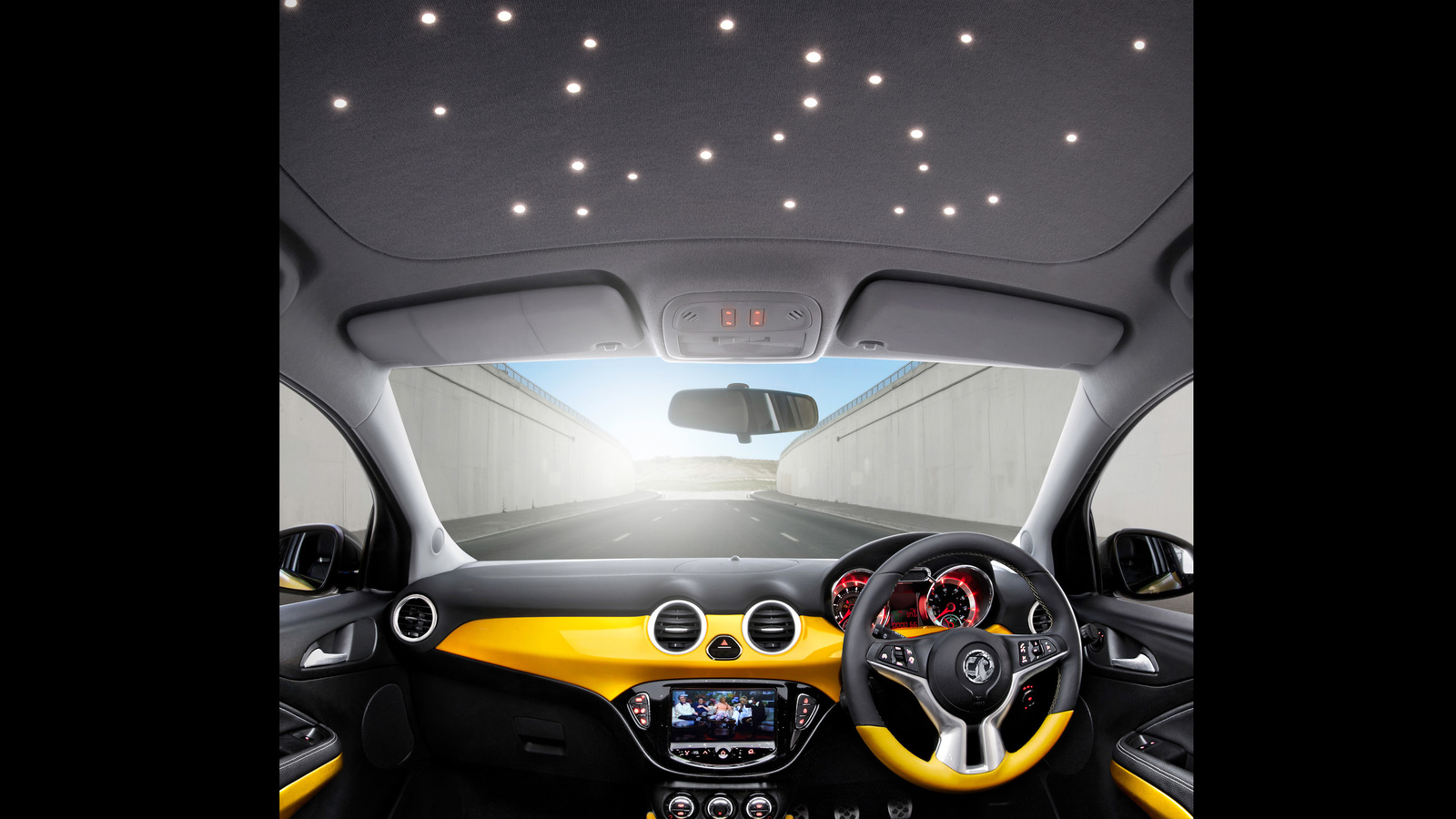 The response came from the other side of the automotive world. Your stars on the ceiling was much cheaper city hatch Vauxhall Adam (aka Opel Adam). LEDs there are, of course, smaller, but the price of this option was as much as 22 times lower – just a little more than $510! Sorry only Adam in may 2019 ceased to produce. 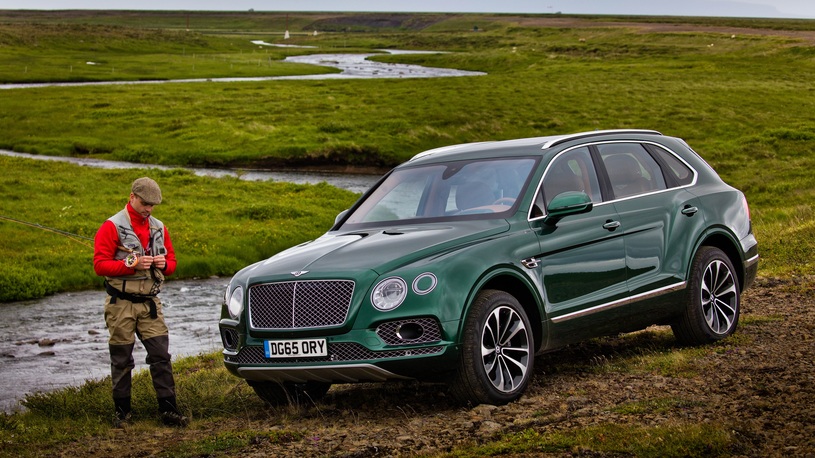 Bentley also offers for its crossover Bentayga fantastically expensive options. As you watch, Breitling Mulliner Tourbillon price of more than $200 000, which we previously wrote in a similar set of options? 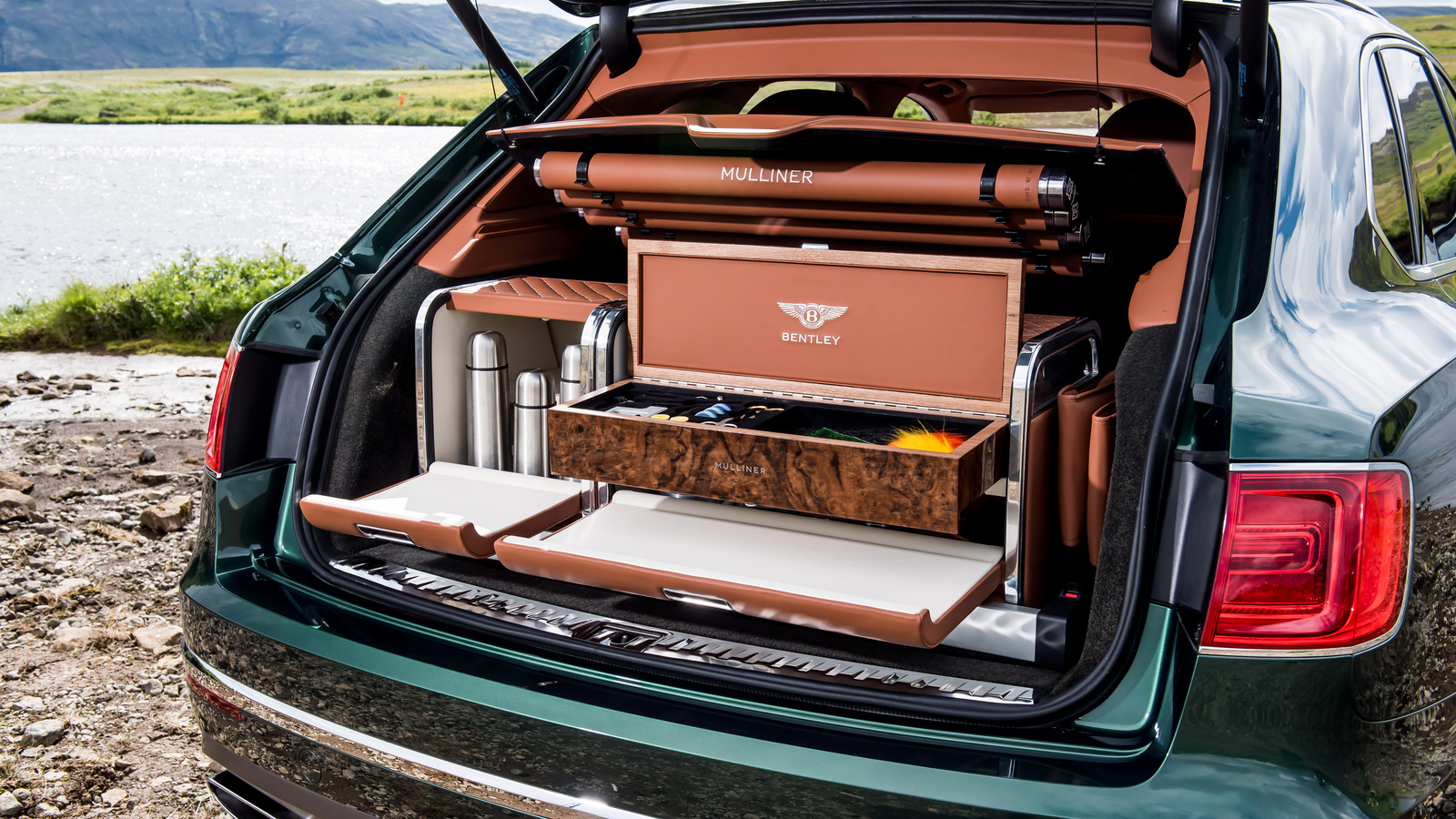 This chronometer you can also buy portable fishing kit Fly Fishing from the same Atelier Mulliner. In a set of four rods into the leather tube, a container for snacks and a beverage, the bag under hooks and other fishing tackles, including a vise for fly tying and fishing nets in leather bags. On the background of the clock should be set fisherman only $102 000. That’s just not clear worms to dig for this yourself or in the list of options there is a single person? 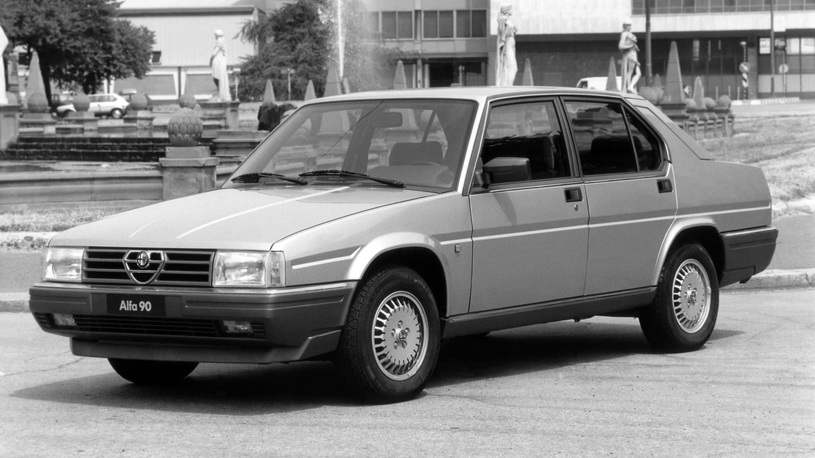 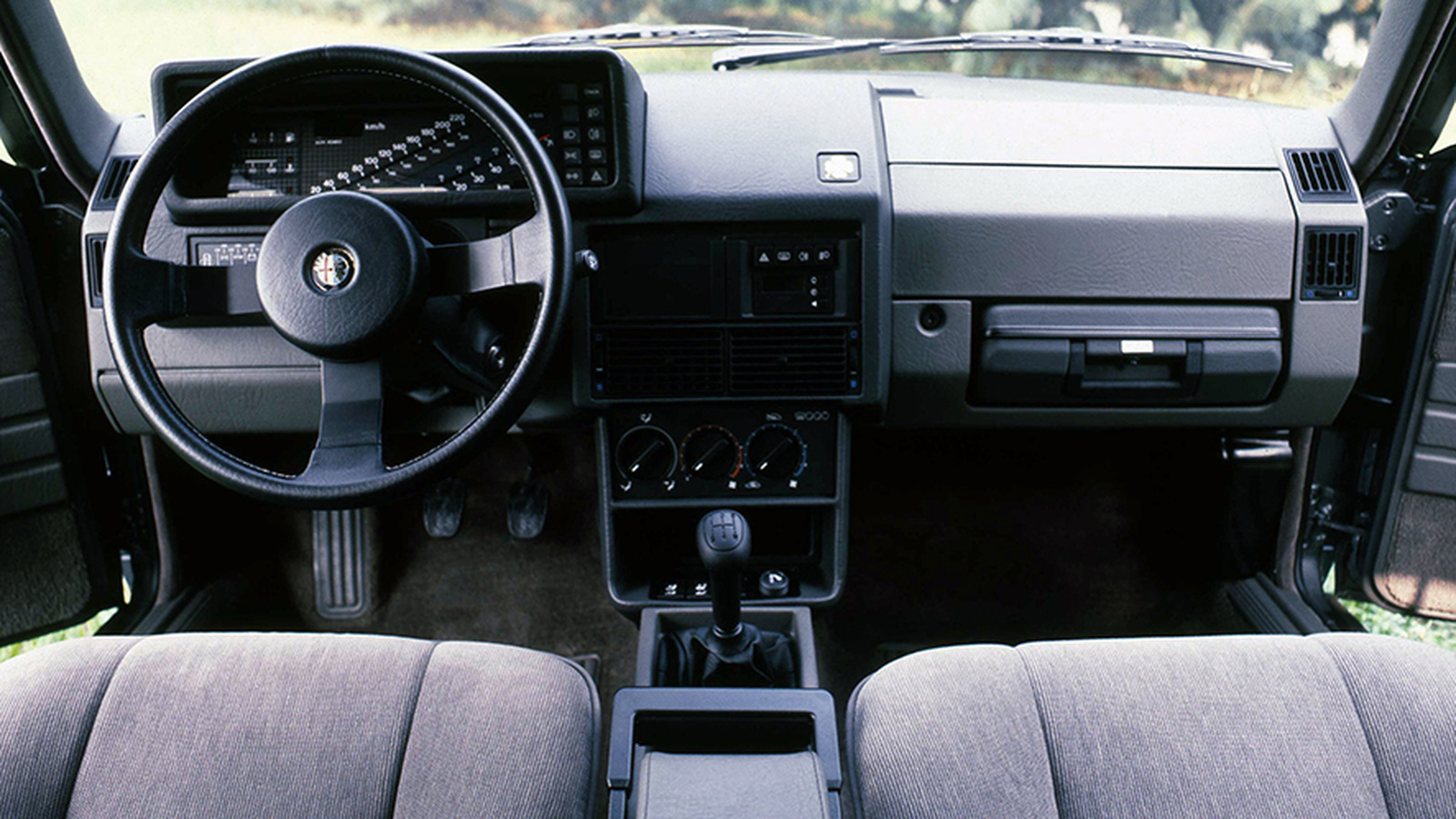 There was one unusual “feature”. Namely, we offer the factory original removable suitcase like “diplomat”, which was inserted into a special recess in the glove compartment. According to legend, this very comfortable and combined with the clientele of the vehicle function is a result of embarrassment. Allegedly, a senior employee of Alfa Romeo, who was riding in the back seat during hard braking got the back of his head emitted a portfolio that lay on the shelf under the rear window. 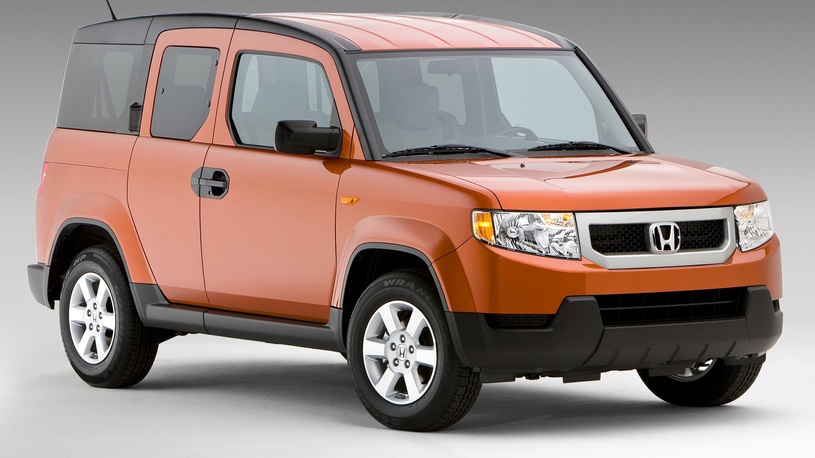 Like a brick crossover Honda Element was originally conceived for the US market. And distinguished not only by the transformation of utilitarian cabin, but opening against the direction of drive of the rear doors. With “Element” in a Honda decided to play on the passions of Americans to dogs: the company created a special “dog set” to facilitate the stay of Pets in the car. Offered him on a car 2010 and 2011 model year. 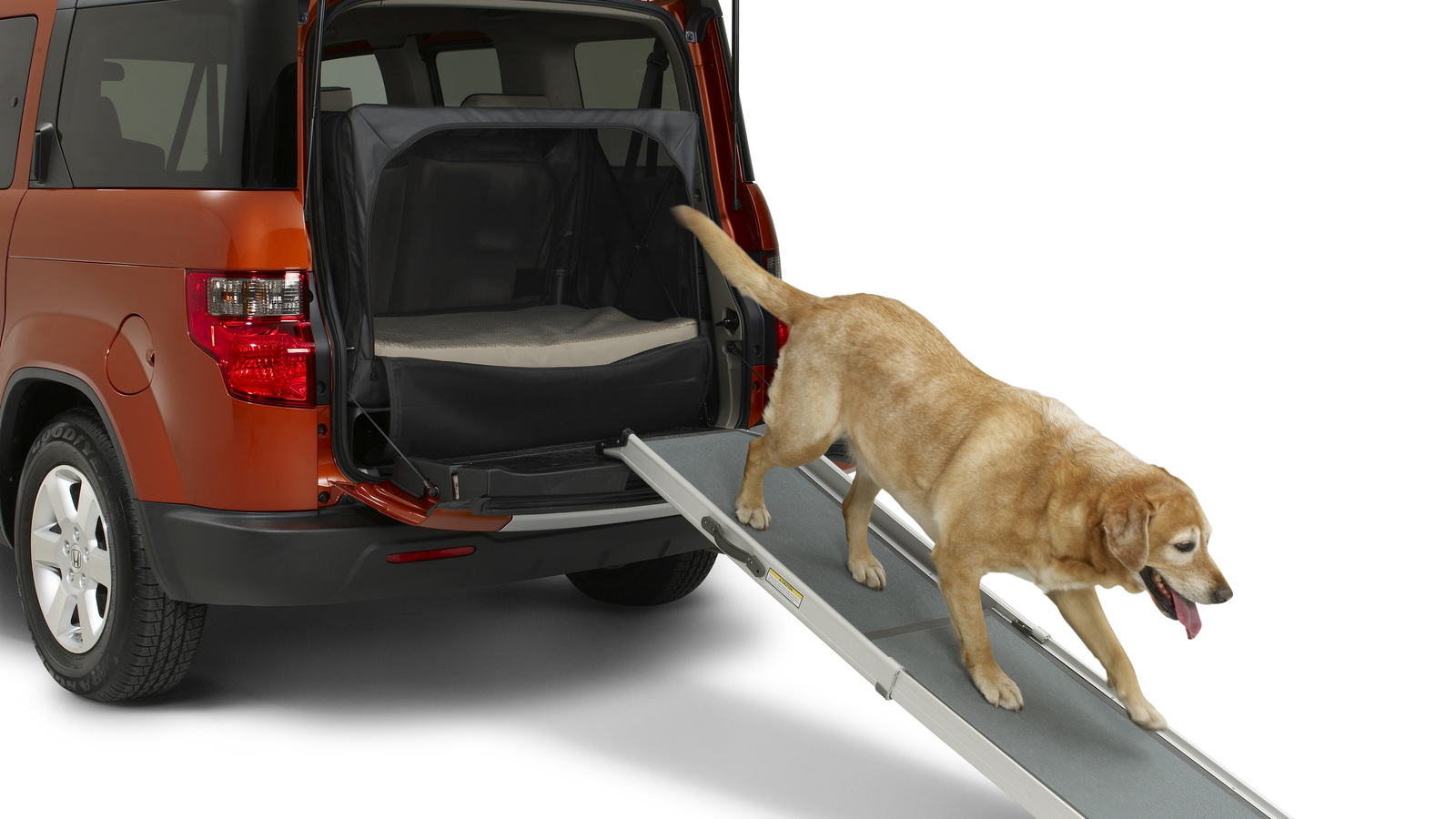 The dealers of kit for $1000 included a side ramp that the dog went to the trunk. The price also included mounted in the trunk of a fan for blowing pet, special floor mats for interior, protective covers second row of seats and the net retention system of the animal on the couch or in the trunk. By the way, later Honda scored again, offering to minivan Odyssey built in vacuum cleaner. 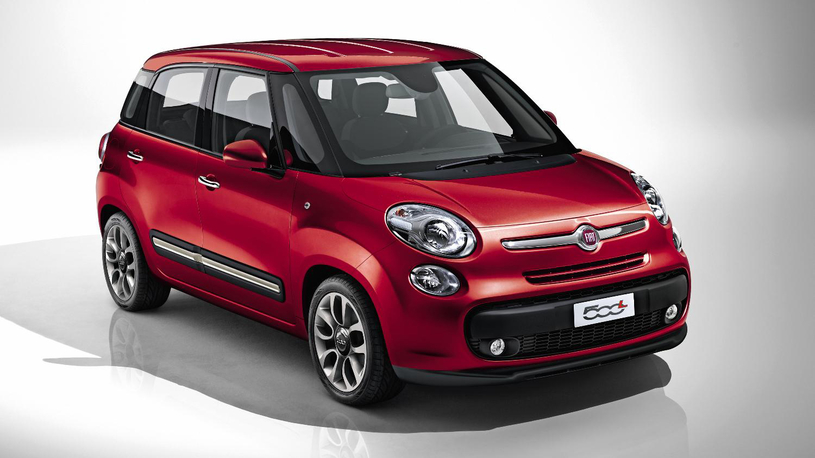 Five-seater compact MPV Fiat 500L, sharing a platform and components with the Jeep Renegade crossover, can scarcely boast of any special powers. But the place in history has already secured himself, becoming the first production car for which the options were offered coffee to prepare in the way flavored espresso. 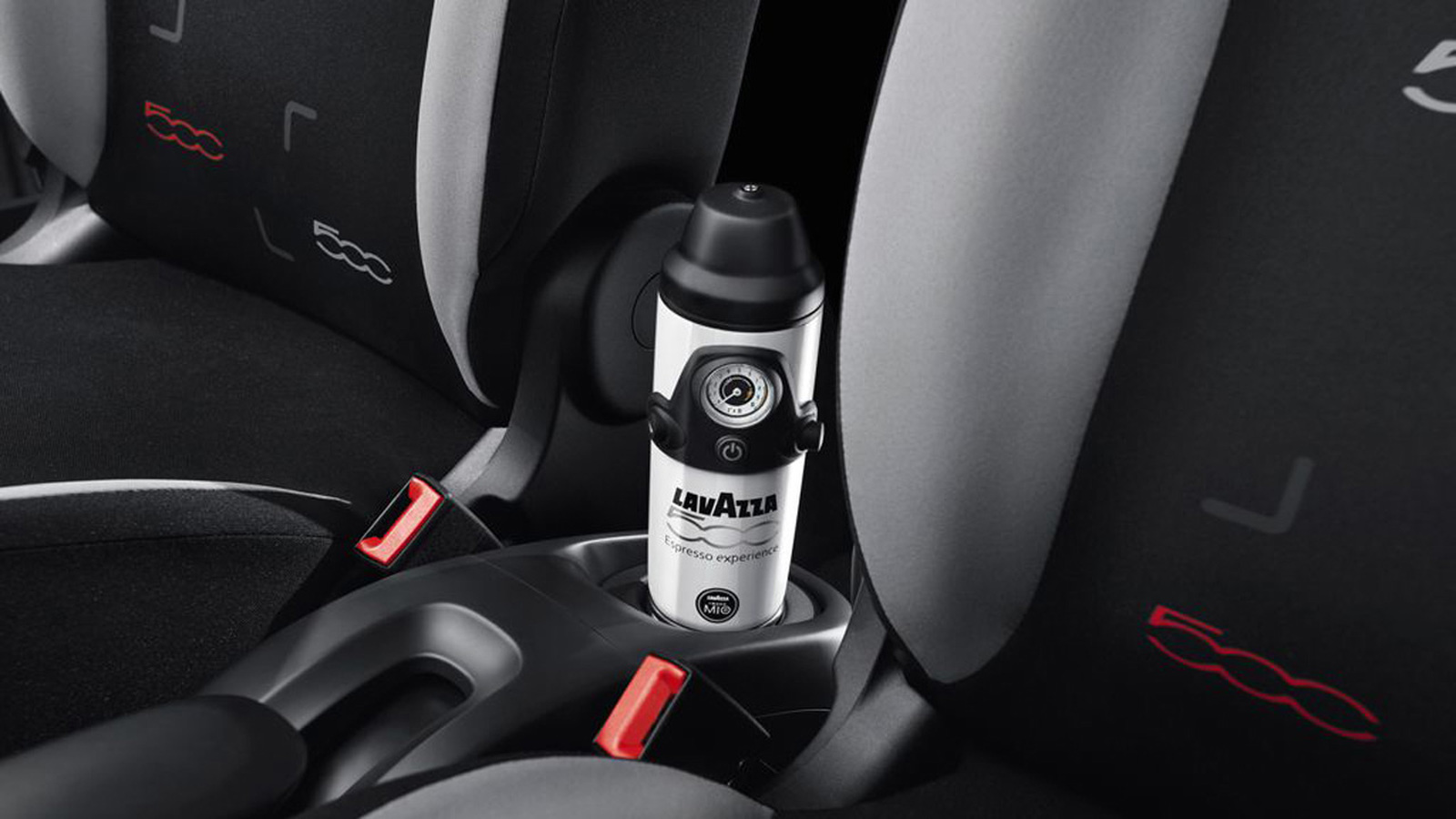 The device cost about $385 is inserted into the Cup holder and is powered from the cigarette lighter. Although its capacity is small, a hot Cup of freshly brewed coffee in the road, it can provide that distinguishes it from banal thermos. By the way, after Fiat the machine in 2015 and suggested Audi. The complete accessory for 199 euros includes not only the coffee, but also a suitcase carrying two coffee cups of toughened glass, 18 capsules for making espresso and cleaning cloth. 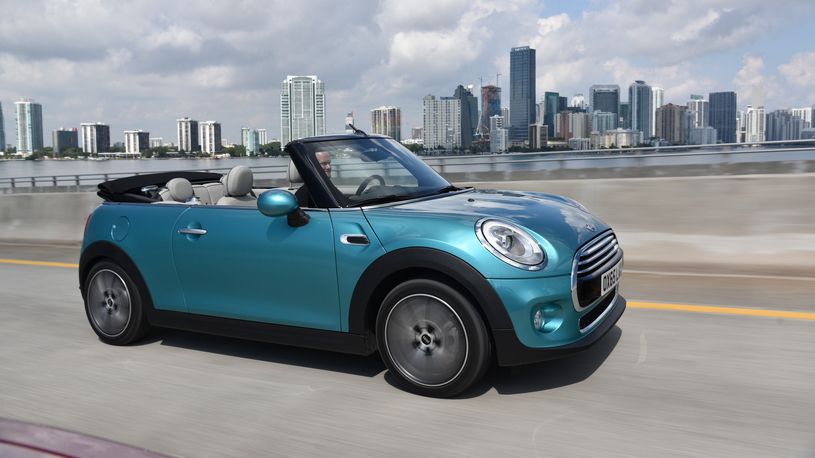 Warning about the rain

As you know, a convertible, and rain very bad combination. Okay, if the rain caught on the go: stopped, quickly raised the roof and drove on. Worse, when left open in the car Park, and here the law of meanness, the sky dripped. 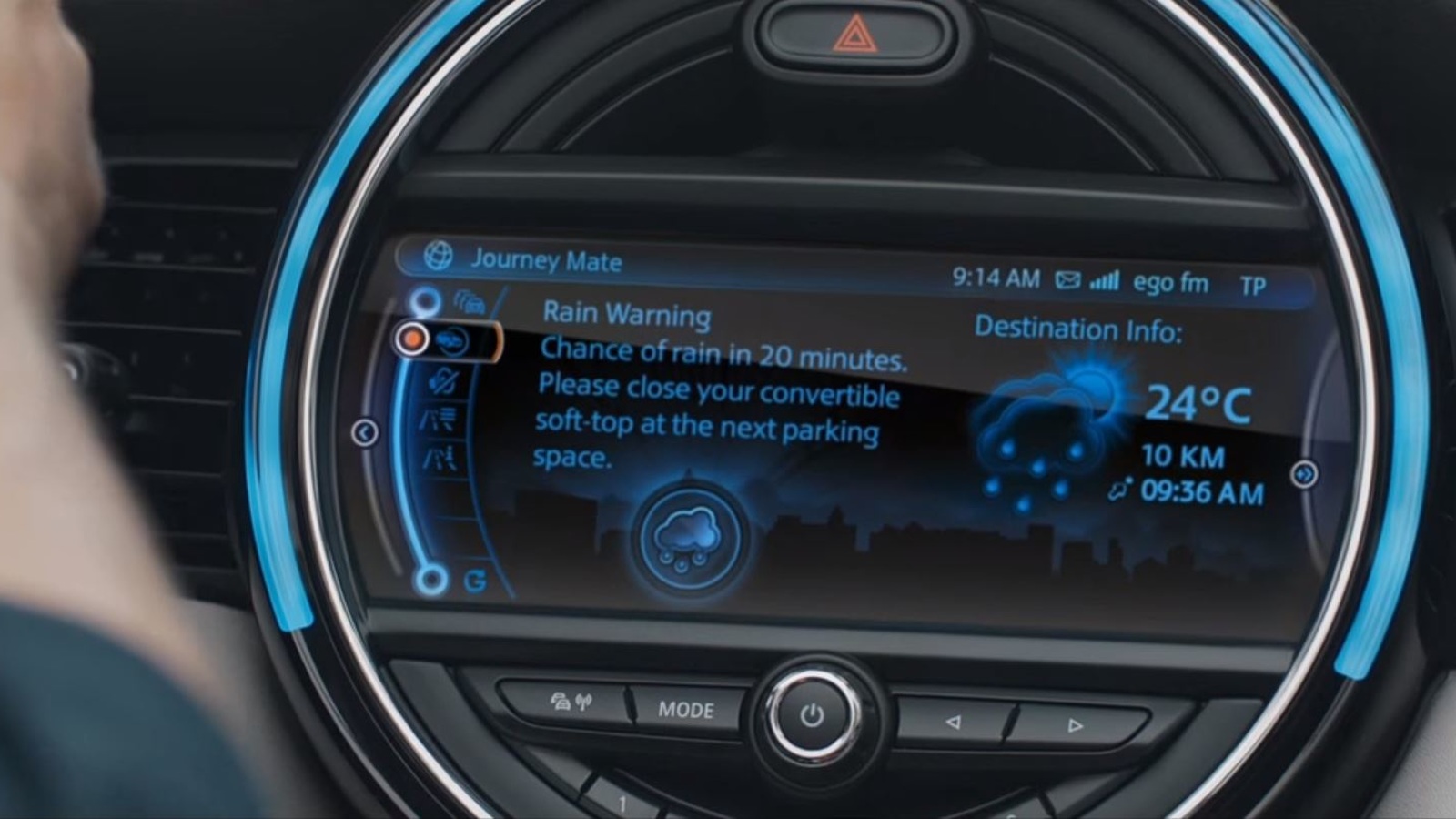 Mini decided to err of the owner in this case. Part of the Navigator for $2,000 Brits has included the function of receiving data about the weather in a given area and warn the driver that where is the car gonna pour and as soon as possible to raise the top. Moreover, an alarm message is issued not only to the screen media system, but is sent to the mobile phone. By the way, at the 2009 open Mini had such useless but fun options as an Openometer, which considers how many hours the car drove with the roof down. 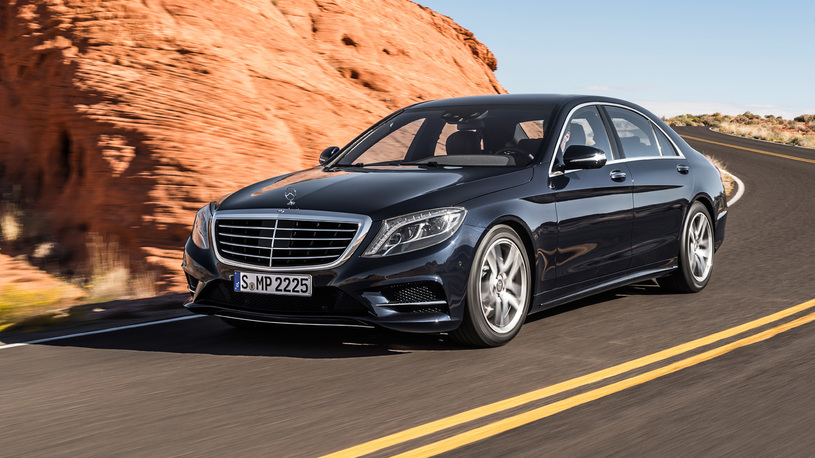 Modern cars are fueled, it seems, everything: seats, steering wheel, mirrors, glass, engine itself… But Mercedes-Benz went even further. And the S-Class W222 in the back (available from 2013) has got Central heating and door armrests on both rows of seats! 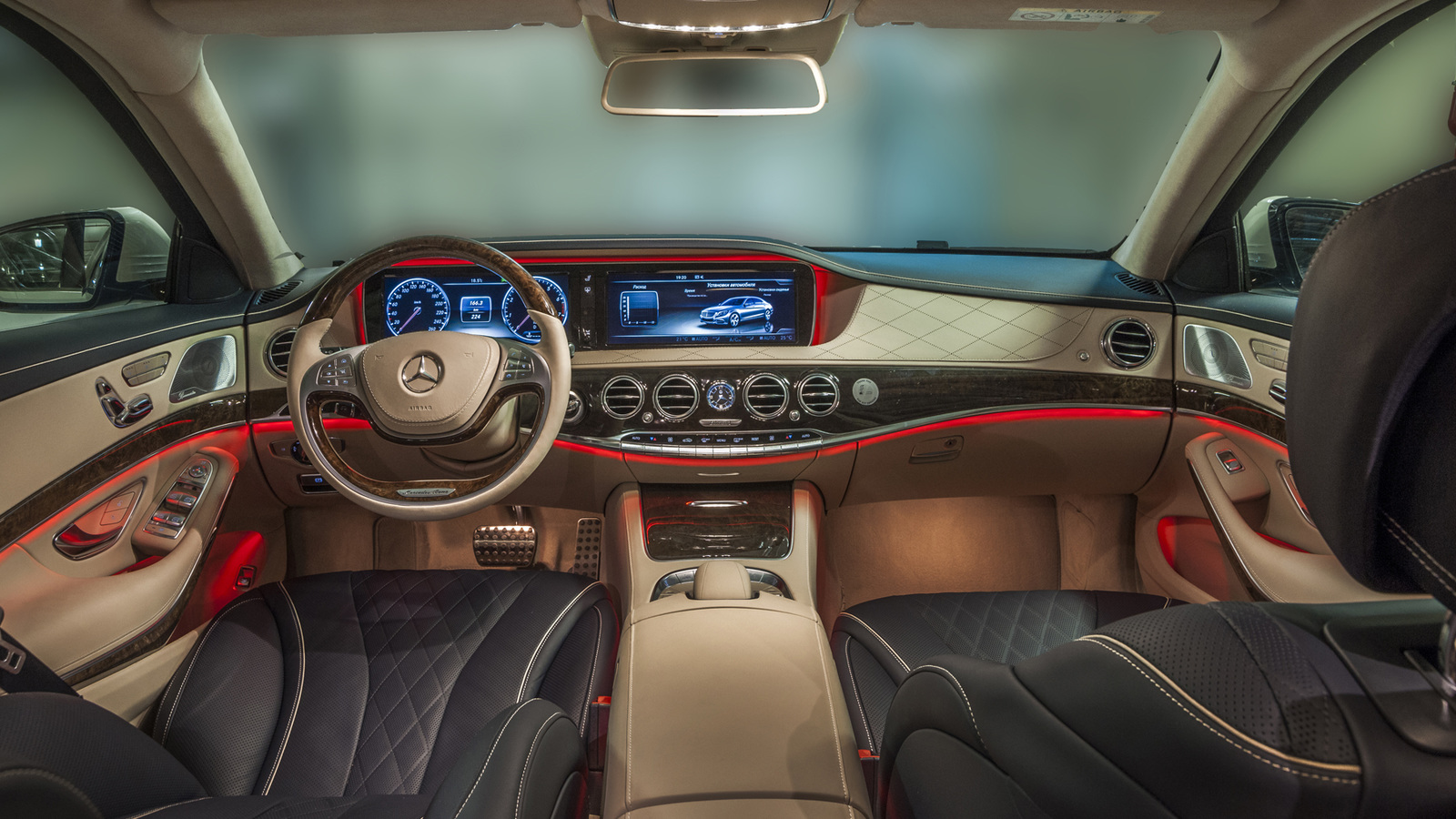 In Europe, for such a pleasant in the cold “warm” option asked for a considerable $3000, which is “winter” Winter package. It also included a heated steering wheel and a data projector on the windshield is also heated. 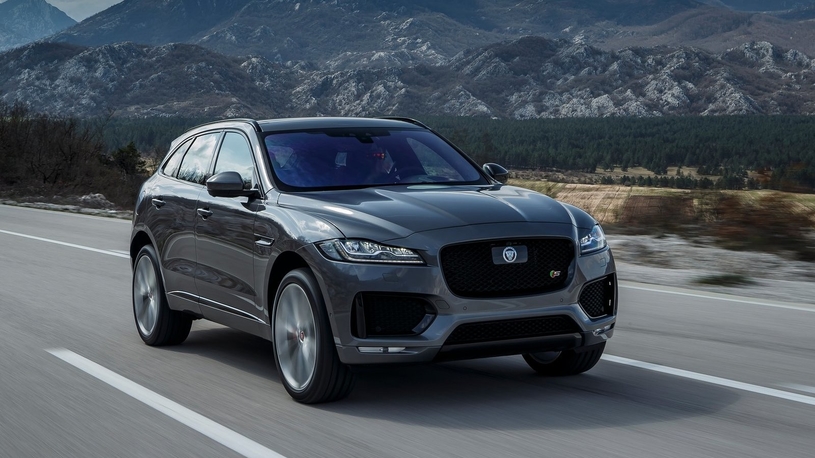 Imagine you arrived by car to the beach to swim. Dressed, Packed, money and documents in the car, locked it. And now the question: where to put key?! Jaguar Land Rover has offered the course, simple to genius. 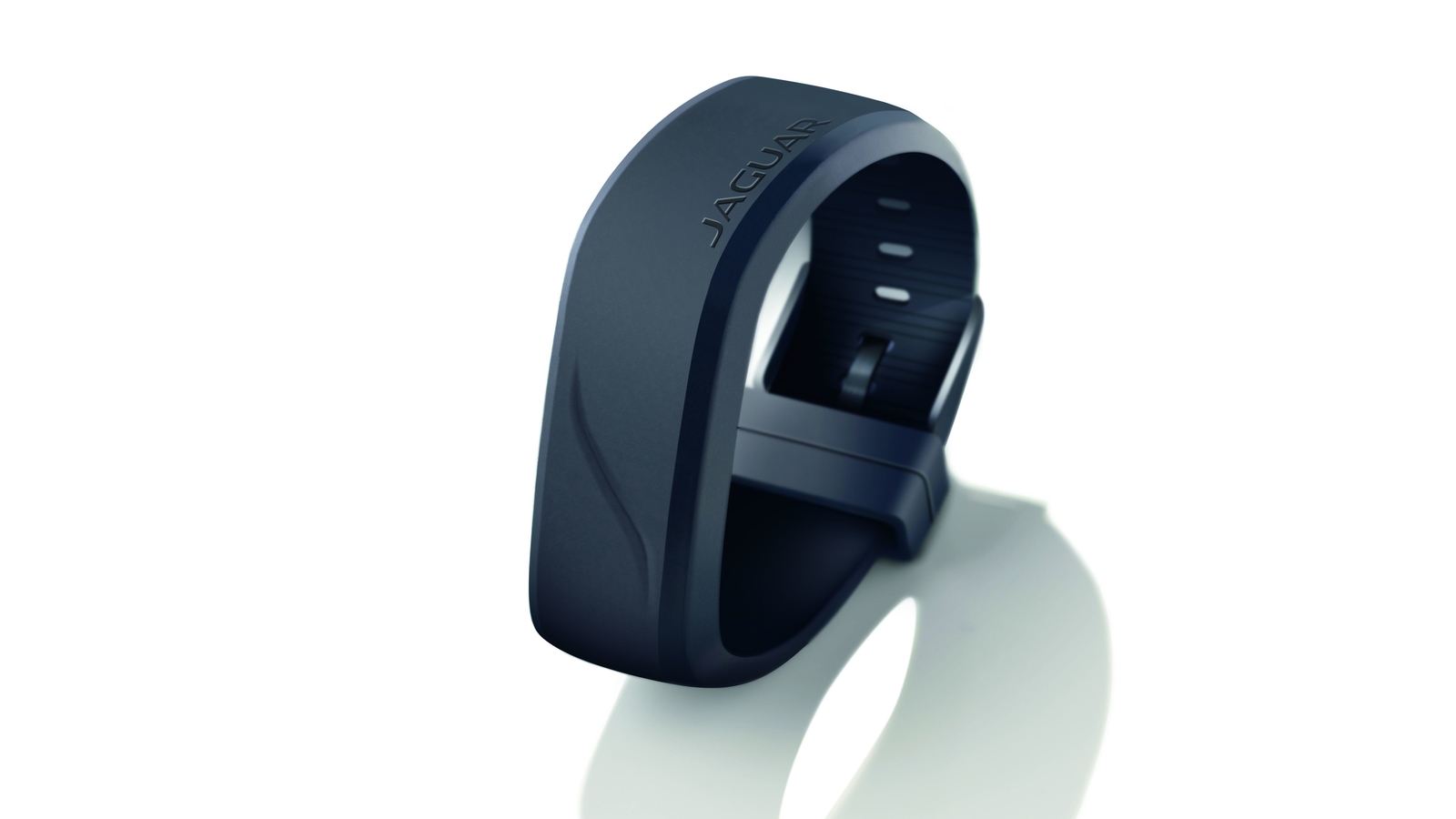 No need to wrap the keys in a bag or hide them in a waterproof case and attach it to the body. It’s simple: in this case buyers of crossovers Jaguar and Land Rover, the British proposed in the option a sealed key bracelet, in which sewn the RFID tag. It fits over the hand like a regular watch, and to open or close the locks in the car, enough to bring the bracelet to the back door. 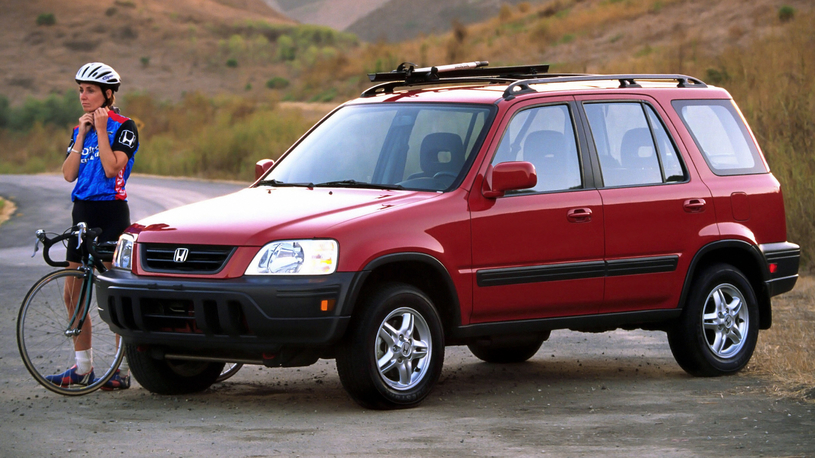 Another useful accessory for the outdoor activities offered Honda the first generation CR-V crossover. It was a portable shower pump which is powered from 12-volt outlet, and the water it was pumped through a hose of any water tanks or directly from the river. 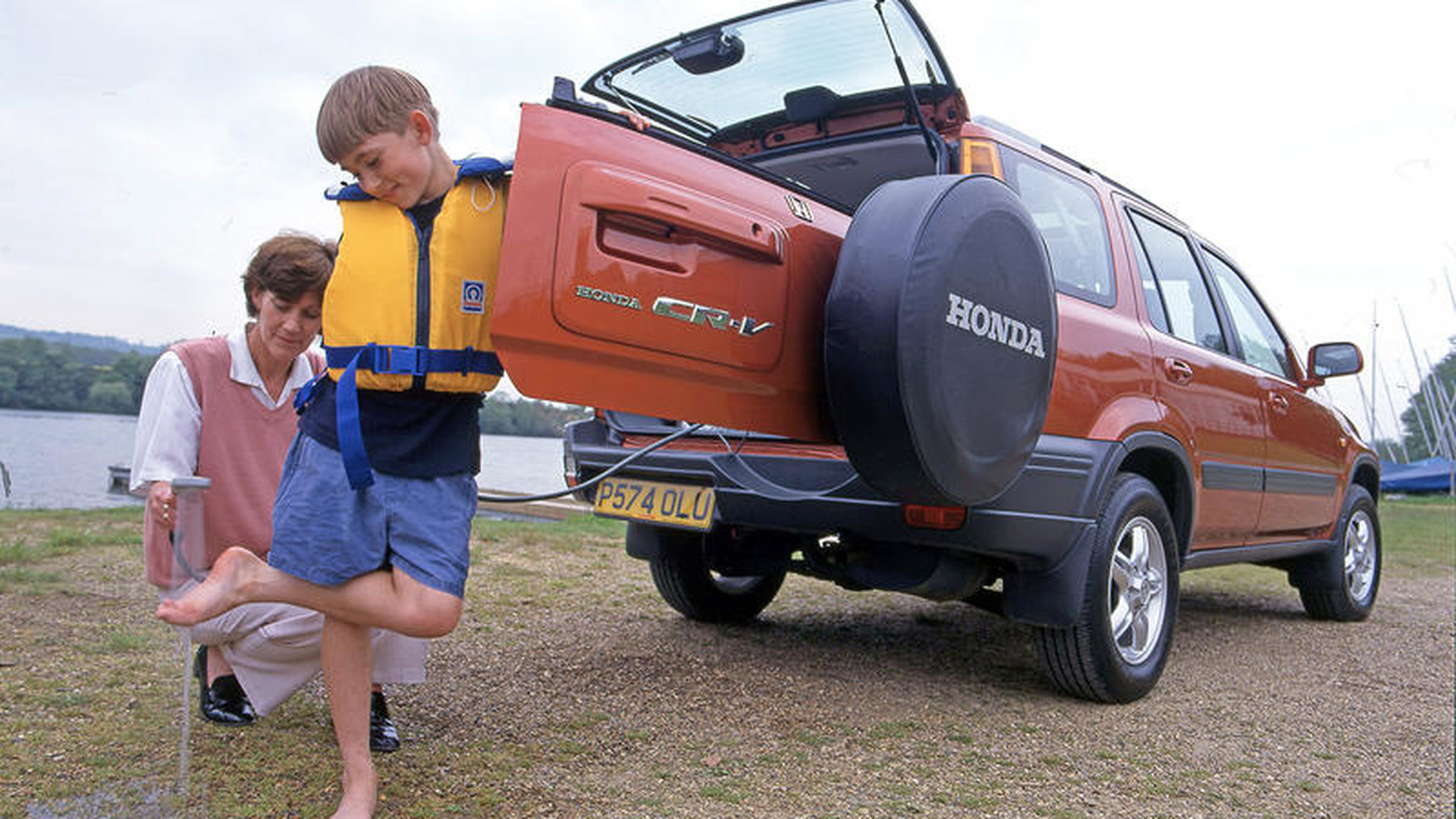 After the attacks on the roads so a shower convenient to wash shoes, a bike or enough nabegavshis at gully dog. And if the water in the tank warm enough, then it is possible and to wash, hang the watering can on the raised tailgate or hold it in your hand. Seasoned travellers still do not laugh: they know how to have a 3-4 day life, “savage” in the field-woods want to wash a human… 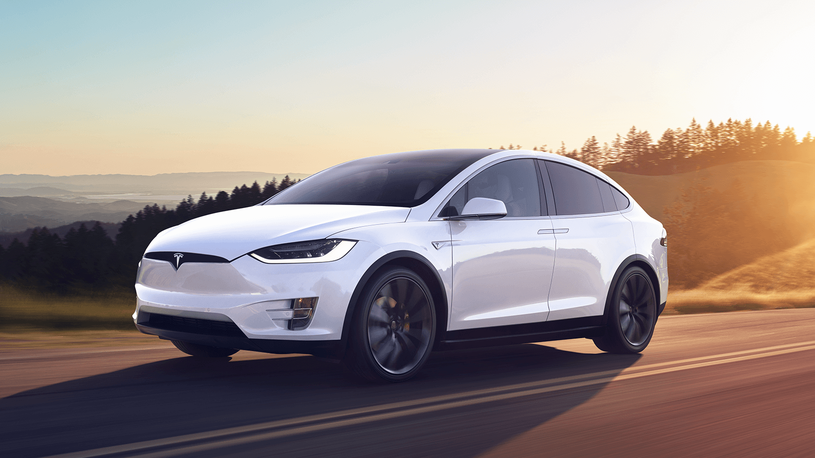 Introducing in the Model S and Model X complex filter entering the interior of the air called Bioweapon Defense Mode, Tesla stated that this decision will allow them to survive in the cabin even attack with biological warfare weapon! The system uses a special filter with a size of 10 times more than usual. Superfilters mode is activated by pressing the icons with the icon biological threats. It is 300 times more effective against bacteria, 500 times better catches allergens, 700 times carefully trapping smoke and 800 times better protects from viruses, wrote to the magazine The Verge. In 2018, California-based Tesla owners were able to experience the work of this system during large-scale forest fires. 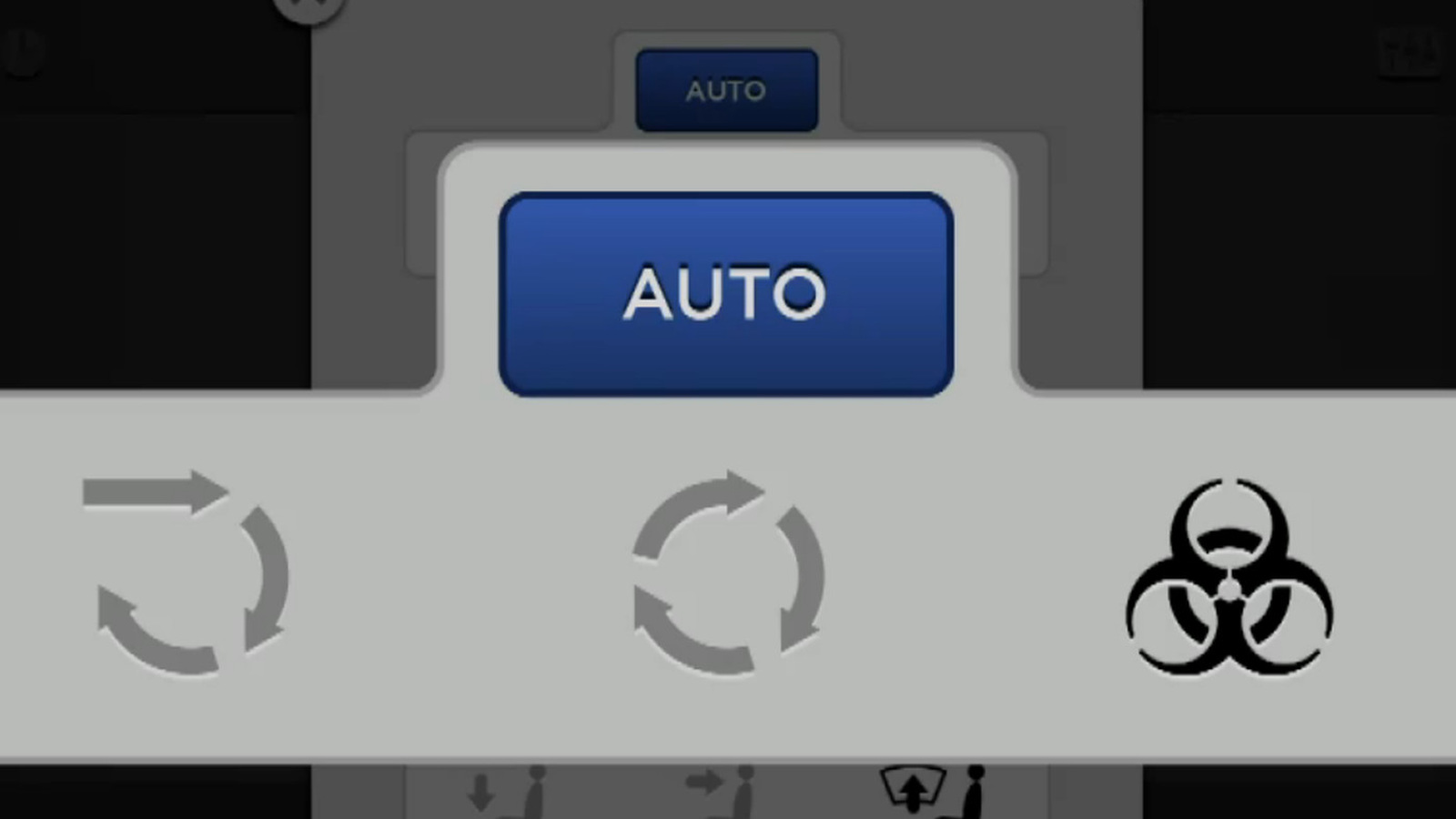 Another very useful option in Tesla cars is the chamber of the circular review, are able to work together with the standard security system Sentry Mode. In the Parking lot the camera can record to the internal storage with all that is happening around the car. Very convenient if you want to calculate who has “lapped” your car in the Parking lot or intentionally scratched it or dented. This solution is the Tesla Model S, Model X and Model 3 with a complex Autopilot 2.5.