How in the world pilots are able to control a passenger aircraft? Thousands. Maybe tens of thousands. Among them is a sort of “invincible eight” — the pilots able to take off and land on aircraft where more nobody can. Talking about Paro airport in the Kingdom of Bhutan (Himalayas, between India and China). Any other way, except through the air gate (and hence — via the airport) to get to Bhutan impossible. And it seems that eight certified pilots are the same important people like a king (Yes, the Country of the thunder dragon a constitutional monarchy). 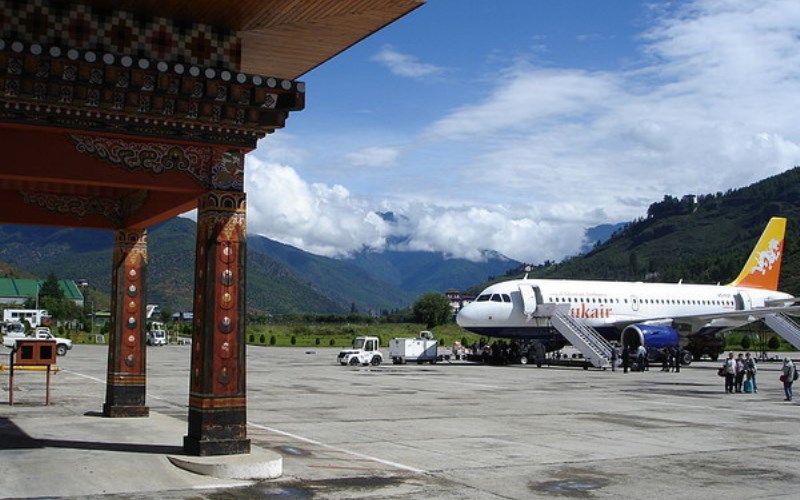 Highlight of the Paro airport that it is located in a gorge, at a height of 2237 feet above the sea level. Around Paro mountains, and their height of about 5500 meters. Therefore, the pilot in addition to the courage you will need tremendous skill to raise or plant liner. Oh yeah, the runway length of Paro in a little over two kilometers and a width of 30 metres is the only paved runway in Bhutan with such parameters. Other tolerable land without mountains around, or at least with intervals between them in Bhutan just yet. Features natural terrain, what can I say — the territory of the Kingdom lies in the mountains between 170 and 7000 meters above sea level. 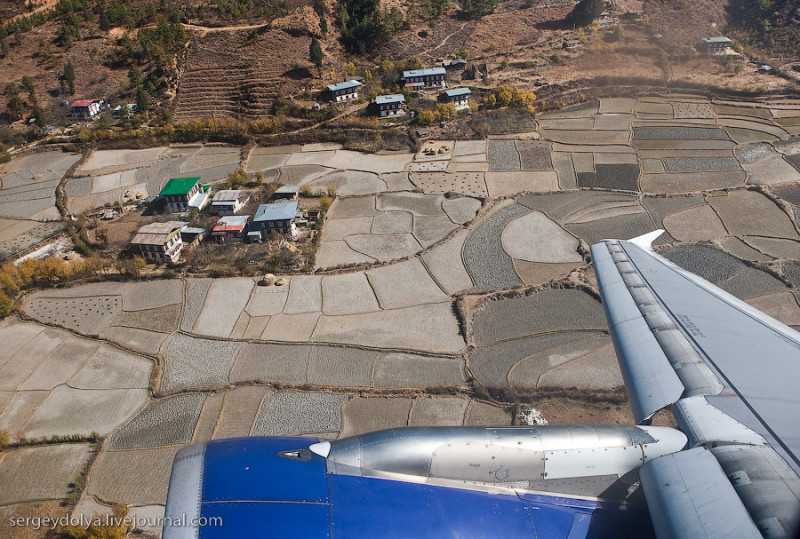 Before landing in Paro, the plane must first go around the mountain and then to sit — in this moment between the aircraft and a landing strip is a few tens (tens!) meters. Locals say that not once did he make eye contact with the pilots while the planes were landing at the airport.

“First, it flies perpendicular to vzletke right to left for the first right “hill,” then turns sharply and departs from the left of the “slope” with a roll to the right to get to land. To lift the plane is also difficult, especially psychologically: in front of the pilot a continuous wall of mountain which is straight ahead from the runway. The pilot has to gently withstand the vertical velocity, because even a small drawdown means death. At the right side rock located just 150 metres away. Flying up, the plane climbs at the funnel, until you exceed the height of the mountain peaks”, — writes in Liveinternet blogger stewardess0202. 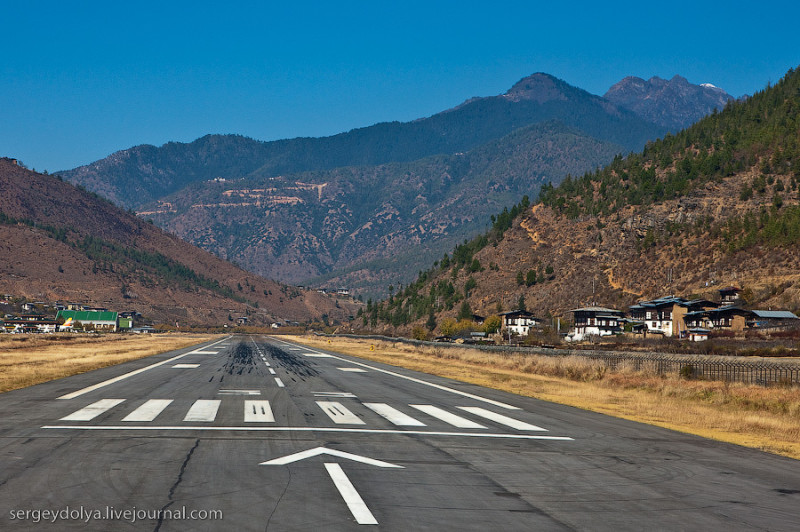 According to open sources, in Bhutan, two carrier — Druk Air and Buddha Air. First carrier performs flights on Airbus A319, which have a greater power to weight ratio. This advantage allows the ships to take off from a short strip with a full load. The second carrier will use to fly Ratheon Beech 1900. But whatever liner you choose to fly, know this: no aircraft departing from Paro in Bhutan will not be 100% loaded (the safety requirement). Passengers in the cabin also are seated “safely”: two people on a row of three seats. With him you can take Luggage of 20 (basic) or 30 (business) pounds. Hand Luggage not weighing more than five kilos will be included in the total baggage weight. And by the way, nobody guarantees that the schedule. Time of arrival and departure depends on weather conditions. 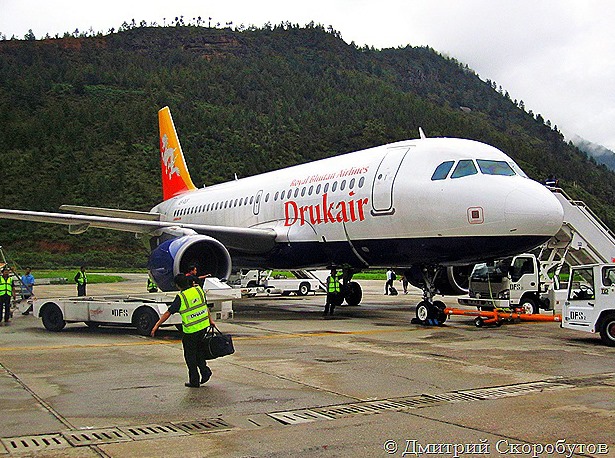 Because of weather conditions and at take-off and landing passengers should be worried — severe turbulence is inevitable. However, a nice bonus in flight will be able to see Everest from the plane. Travelers are advised to immediately sit on the starboard side, not to miss the beauty.

“About the approach of Everest the commander informs loudly, but indistinctly. The service is available on the flight Paro — Kathmandu. Maneuvers of ascent and decline are very similar to a roller coaster at the speed of 400 km/h. Imagine that the narrow winding path between the towering mountains you have to fly the bullet, fitting into every curve and turn at a height of four thousand meters. From what he saw outside the window and the sensations in the chair and you piss yourself. Right in the chair. Sorry for the poverty and simplicity of the question,” describes the flight of the Russian blogger Handout. 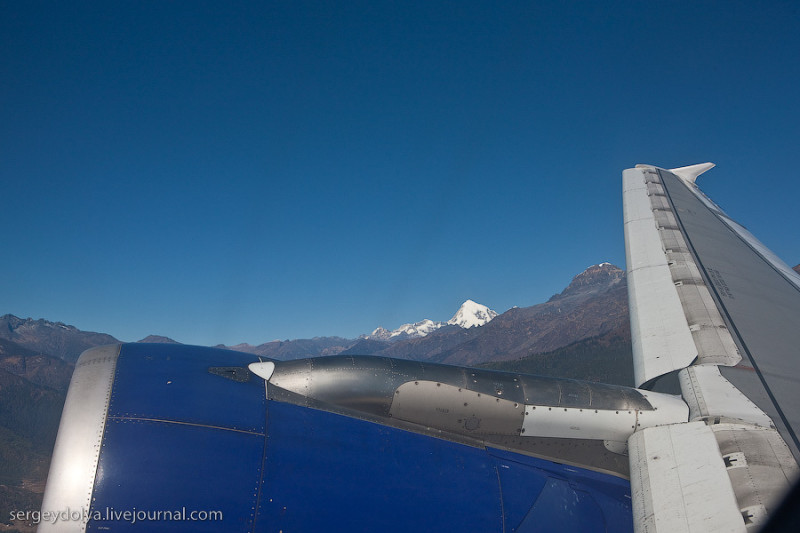 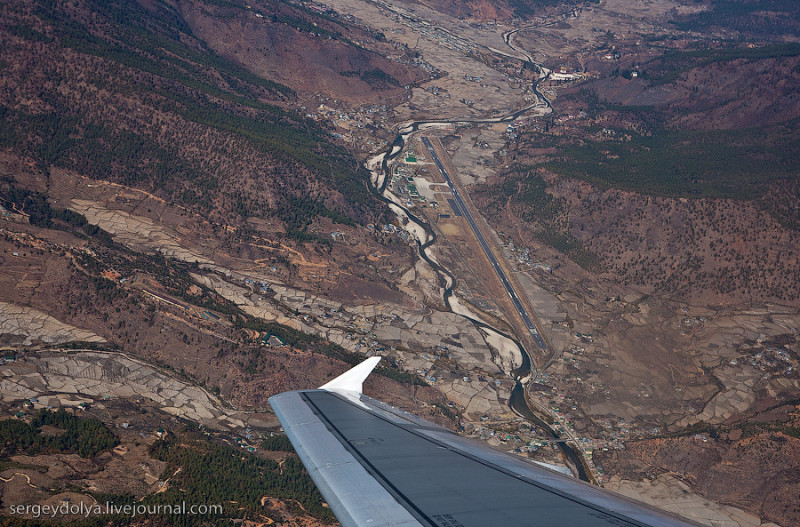 And finally another interesting fact. The pilots of Druk Air fly with the door open (see photo below). This, according to representatives of “the invincible eight”, allows passengers to feel more secure and relax during “Ding”. 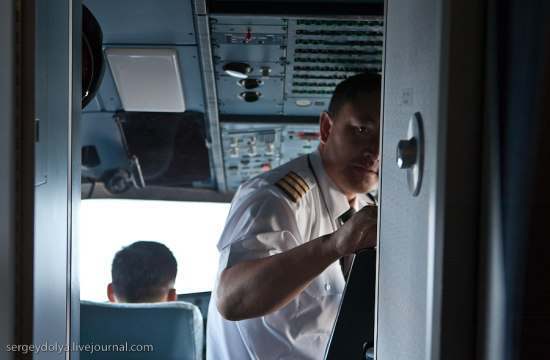