In the passport of the national project “Science” one of its three key objectives are designated to “ensure the attractiveness of work in the Russian Federation for the leading Russian and foreign scientists and promising young researchers”.

Absurd story, which now spins at the Institute of problems of chemical physics in Chernogolovka, working for the opposite goal. She attracts and repels scientists from Russia and are clearly showing how little here with them are considered and how the disdain for them and what they do in science. 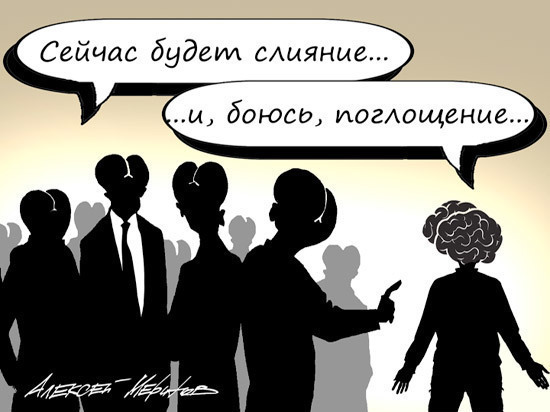 Institute of problems of chemical physics (IPP) ran — one of the largest and leading institutes of the Academy of Sciences, the city-forming enterprise, the “core” Scientific center of RAS in Chernogolovka.

More than a thousand employees, 10 departments, 80 laboratories and research groups.

Conducted studies of the mechanisms of complex chemical reactions, chemical processes, States of matter under extreme conditions, biological processes and systems, development of new inorganic and polymeric materials with desired properties and functions.

In 2018, in the assessment of scientific organizations FANO divided all institutes into three categories. 3 — low, 2 — medium Russian level 1 — world level.

In early October, more than a thousand employees of the institution of the 1st category were shocked. At the General meeting it was announced that the management decided to turn the IPCP to a branch other research institutions. Lowering his status: that it was no longer an independent Institute, and the division of the Federal research center of chemical physics (FTC HF) RAS, which is located in Moscow.

HF FITZ ran — this is the former Institute of chemical physics. N. N. Semenov. Ficem it was quite recently, in April 2019. Employees there is twice less than in IPF. Good Institute, but for the flagship of Russian science, he does not pull: when IPCP certification has only been awarded to the second category.

If IPCP will be part of FITZ on the rights of the branch, he will not be able to remain a scientific institution of the first category. He, too, should be rated second, from which he had much to lose in terms of status and financially — because the higher the category the higher the funding.

The part of a “joining” seems absurd.

Slightly exaggerating, one can imagine the transformation of the State Lenin library in a branch of the Altai regional universal library. Shishkova. Or the Bolshoi theatre — the branch of the Perm Opera and ballet theatre.

So, of course, the question is: why do it?

Staff IPF in Chernogolovka the only reason I think the age of their former Director Sergei Mikhailovich Aldoshin.

Elected head of the scientific institution can be up to 65 years. 65 he had turned. The Director’s chair he left earlier this year, now holds the position of scientific Director of the Institute and is headed by the scientific Council. Acting Director takes Igor Vladimirovich Lomonosov. But if you manage to turn iphf to the branch of some other Institute, then aldoshina again have a chance to become a Director. Branch Directors are not elected, they are appointed by leaders of the head on, and age limit in this case.

In the Network posted the video frames of the General meeting in Chernogolovka, where the staff speaks Sergey Aldoshin. He read out the letter that the academic Council IPF decided to join the FITS HP.

In the video, his speech punctuated by sarcastic comments.

Aldoshin, for example, says that now in draft form to discuss organizational issues about the fate of graduate school IPF, dissertation councils, the social mortgage, housing certificates for young scientists, a major grant program, which receives, for example, the competence Center STI, and many others.

All these questions are vital to the employees of the Institute. And work important for those studies that they say are for families and everyday life.

Before venturing restructuring and to send an appropriate letter to the Ministry of education, the academic Council, of course, had to discuss the inevitable changes of life with employees.

But those were completely in the dark.

“The opinion of the staff on this occasion not interested, by definition, — is reported in caustic comments to video of the speech of the former Director. — S. M. Aldoshin interested only in how to carry out the procedure of merger as quickly as possible. Skillfully manipulating the academic Council, S. M. Aldoshin trying to push fatal to all but himself, the decision”. 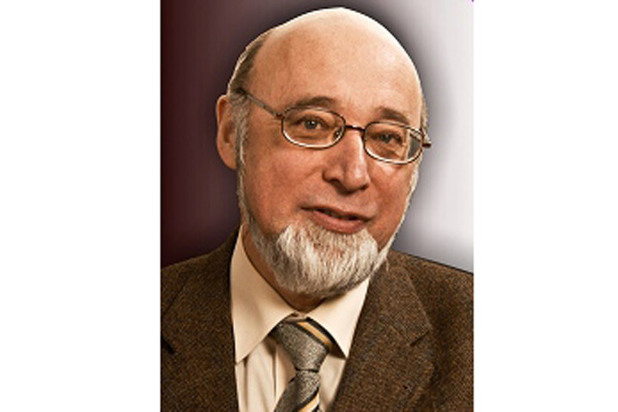 We don’t know whether it really is.

But the situation in one of the strongest research institutions in the country is definitely unhealthy.

“IPCP is known for a huge number of chemists and physicists of different directions — because it is a living and active institution, which has a lab is very different specializations — explained “MK” Galina Tsirlin, doctor of chemical Sciences, Professor of the Department of electrochemistry at Moscow state University. — Image IPF associated with well-known far outside the Moscow region, scientists, and with a wonderful atmosphere Chernogolovka, where everyone enjoys coming to the traditional IPF informative conferences and schools.

Of course, this great Institute is heterogeneous, but the active groups in which a lot of young people, there are a fair amount. And this is home now, a simple visual criteria — no citation indices is not required, just youth we are competent and not going to where the bad publications and devices.

To call such a vast multidisciplinary body of someone else branch — it is necessary to find a larger facility where I live at least the same scientific direction. Something I doubt very much that Russia is now to be found.

In Moscow FITS the HF wounds, with all due respect to this well-known institution in a number of areas iphf never happened, they arise in Chernogolovka in the period of independent life of two “hamfist”.

In 2017 IPF won the competition for education centers STI and was one of 14 Russian organizations that receive state support from the budget under the program “national technology initiative”.

Today, the competence Center for new technologies and mobile energy sources is one of the most successful units IPF. And he has real results. For example, last week at the forum “Open innovation” at SKOLKOVO he presented the first all-Russian electric cars with hydrogen fuel cells.

“The program NTI we received from the Ministry of education hundreds of millions of rubles, — he has told “MK”. — What happens if you convert the Institute into a branch? I found out from the operator of the program: funding will be discontinued for sure, as we participated in the competition as an institution. Turning to the branch we are violating the terms of the tender. Branch FITS in the competition did not participate. It is very likely that we will need to return the amount received to the state budget. Ready heads FITZ to return hundreds of millions, how will this affect employees? We don’t know. The announced restructuring raises a lot of important issues. But the answers to them, no one gives.”

If an absurd decision concerning the lives of public institutions, are prepared in secret from the employees of these institutions are taken behind the scenes and pushed in a hurry — most likely involved someone’s personal interests.

If the system of government allows government agencies, their employees and entire segments of publicly significant activity to submit to someone’s personal interests, then what about the development of science can then generally speaking — the more attract to such a “development” leading Russian and foreign scientists and promising young researchers.

Looming in Chernogolovka scandal last week, has already been discussed in the Ministry of education. But on 25 October, the Directorate IPP told news agencies that the Ministry held a meeting “to discuss the issues raised and agreed to work together”.

What does it mean? Will be Institute in Chernogolovka branch of the Moscow FITZ? Will not? From the message do not understand.

The Ministry of science and education currently working on the reform of all institutes with a view to their optimization. On the basis of several institutions working in the same field, it is planned to create a Federal research center, in which they will enter as separate units. This must be done because the RAS institutes very much, their directions are partially duplicated, and the content of the budget costs more than it will cost to funding a smaller number of FITS.

The trick is, how to choose a College that will be a head for each FIC.

On the basis of common sense, the head should be the most powerful Institute in its field.

In the Moscow region the most powerful — IPCP. But for FITZ, where he will enter head quietly identified another institution. That’s where the crux of the matter.

I’m sure it was buried there by accident. By accident, such things are not done. Surely this is the work of the stakeholders, and now they are just involved in the situation, forcing it in a pre-set network.

The most fascinating thing is that in these networks is driven not only chernogolovsky IPCP with all its advanced research, but also the Ministry of education and science, which agreed this spring to convert the Moscow Institute of chemical physics. Semenova in FITS of chemical physics.

Now it remains to be seen how the Ministry of education and science of these networks will get out of it.

However, not the fact that it generally will be out and will not go obediently wherever he is being driven masquerading as sheep drovers.

“I propose to consider the whole story as a useful test, the results of which we can judge the Minister — said “MK” Galina Tsirlin. — That is, if the Minister for this initiative transformed IPF to the branch will not support it, he has a good chance to remain a respected person in our eyes”.

Great offer, I must say. It is impossible not to agree.