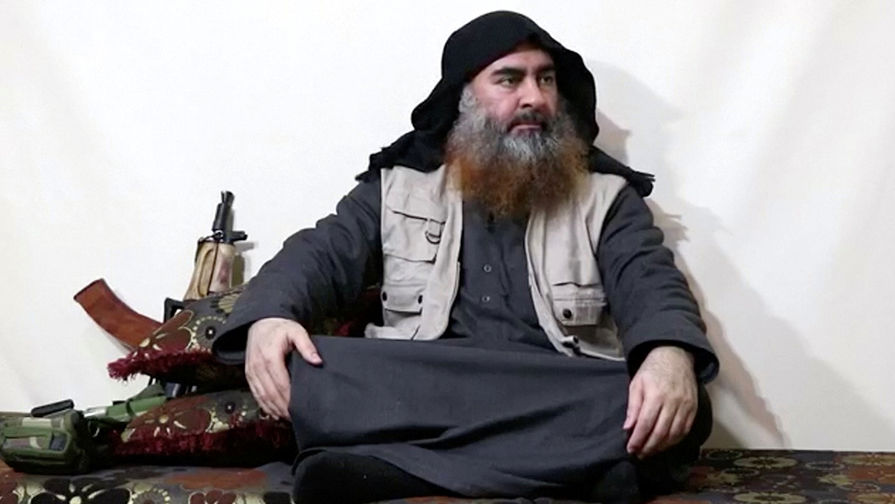 The United States has reported the destruction of ISIS leader Abu Bakr al-Baghdadi. About how al-Qaeda has nurtured one of the most brutal terrorists in the world and why the two groups differed in the material “Газеты.Ru”.

American media said about the elimination of the leader of the terrorist organization “Islamic state” (IG, is prohibited in Russia), Abu Bakr al-Baghdadi. That terrorist was killed in a military RAID in the US, reported Fox News channel.

This fact is not yet confirmed, however on the 27th of October appointed as the official address to the nation President Donald trump.

In Russia expect the United States will present evidence of the destruction of al-Baghdadi. “Those who claim [on the elimination of al-Baghdadi] have an obligation to provide evidence. I would like it to be reliable. Today will be the statement [President Donald] trump, who will provide some sort of proof, if, indeed, the American operation was successful,” said “Газете.Ru” a member of the Federation Council Committee on defense and security Frants Klintsevich.

In social networks already there are several videos that show the alleged place of the killing of al-Baghdadi. They, in particular, published by TV channel Al Hadath. The footage seen in the area with a funnel of air strikes and dead people.

The whereabouts of the leader of the IG involved the exploration of Iraq. The approval of Baghdad, Iraqi forces helped the US in locating al-Baghdadi. While in Iraq, citing two sources reported that the leader of the terrorist group was indeed killed in Syria.

Abu Bakr al-Baghdadi is one of the prominent figures in the movement of “fighters”, whose name is associated with numerous acts of terrorism in Iraq, Syria and Afghanistan.

Comes from “al-Qaeda” (an organization banned in Russia), al-Baghdadi has largely tried to copy the late “founding father” of the terrorist network of Osama bin Laden. Many photos with his image can be seen standing in the corner of the Kalashnikov — it was the photos of the “terrorist number 1”.

Al-Baghdadi, as evidenced by various sources, received a theological education in Iraq, the Real name of al-Baghdadi — Awwad bin Ibrahim al-Badri. He studied at the University of Baghdad and there received a doctor’s degree on a speciality “Islamic studies”.

Photo 2004, where al-Baghdadi appears almost in the way of an intelligent Islamic theologian, was made in an Iraqi prison. There, after his overthrow of Saddam Hussein has placed the Americans, who suspected al-Baghdadi in a conspiracy against the American military in Iraq. However, serious evidence has not been found, and al-Baghdadi was released. While in prison, his radical sentiments only became stronger.

According to the memoirs of one of the American officers, the future terrorist leader was threatened with prison authorities “meeting in new York.” Later, the US state Department announced for the head of al-Baghdadi a reward of $10 million (2.5 times higher in the USA estimated the leader of “al-Qaeda” Ayman al-Zawahiri).

After leaving prison, al-Baghdadi became head of the organization “Islamic state of Iraq and the Levant”, calling himself “Caliph” and proclaiming a “Caliphate” in the middle East.

“After his release from prison, he again began to put together his grouping. He managed to ensure that a significant portion of volunteers were arriving in his organization, and al-Baghdadi began to fight, in fact, on three fronts: on the one hand, against the government of [Syrian President Bashar] Assad, on the other — against moderate opposition, the Free Syrian army, and the third against a rival to him of the group “al-Nusra” (an organization banned in Russia. — “Газета.Ru”)”, — told “Газете.Ru” the late orientalist Georgy Mirsky.

The ratio of “children” — “the ISIS” with “mother” — “al-Qaeda” in recent years, have become quite a conflict.

In February 2014, al-Qaeda refused to support the “Islamic state of Iraq and the Levant”. Cause of dispute was the reluctance of al-Baghdadi to unite with the more obedient al-Qaida “an-Nusra” in Syria.

In the end, the fighting took place between ISIS and the official branch of “al-Qaeda” in Syria — “al-Nusra Front”. The war in Syria has finally turned into a slaughter of all with all forces. “The atrocities that they did, were such that even the new leader of “al-Qaeda” Ayman al-Zawahiri condemned them. But al-Baghdadi just sent him away,” recalled orientalist Mirsky.

In Afghanistan, where “ISIS” is also said about himself, the troops of al-Baghdadi challenged the spiritual father of the Islamist movement “Taliban” (an organization banned in Russia) to Mullah Omar and joined him in the struggle.

The terrorist was planning to extend its influence on Russia. In June 2015, YouTube has a video of insurgents “Caucasus Emirate” appeal to the leader of the “Islamic state” al-Baghdadi. The militants of the “Vilayat” of Dagestan, Ichkeria, Ingushetia, Kabarda, Balkaria and Karachay announced the unanimous oath IG.

The death of al-Baghdadi would certainly impact on the morale of the Islamists of ISIS, which last year received a crushing defeat by Russia and the international coalition forces in Syria and Iraq. About the Caliphate as such we can not tell, after the defeat of the greater part of the “ISIS” and the destruction of the key figures of this movement.