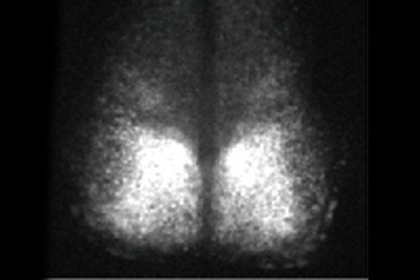 Japanese scientists were able to preserve the viability of brain tissue of mice within 25 days after extraction from the skull of the rodents. This publication reports Science Alert.

Researchers have developed a new method that involved the use of a microfluidic device, delivering nutritive fluid to the tissues through a tiny channel. To solve the problem of drying out, the researchers used a special membrane, ensure optimal hydration.

The liquid is circulated through a semi-permeable channel, consisting of a porous membrane, with solid walls made of polydimethylsiloxane. The nutrient medium is passed through the membrane, which maintained the humidity of the brain tissue and facilitates efficient gas exchange between the cells.

As a live sample used a fragment of the suprachiasmatic nucleus, which is responsible for the maintenance of circadian rhythms. Mouse, who seized the brain cells which have been genetically modified so that the biorhythms in the brain were associated with generation of fluorescent protein. As scholars have noted, fluorescence occurred within 25 days. The control sample in the Cup with a nutrient medium, began to lose activity already after 10 hours.

Researchers estimate, the maximum time the activity of brain tissue can reach 100 days. The method can be used to save intended for organ transplantation.